What? Is The Grambler going all poetic on us? Explanation later, but first...


There was an item on the Scottish news this week about a school that had turned one of its classrooms into a restaurant for the day. The purpose was to let pupils see what it was like to work in the service industry. Well, I’m all for that. It is good to see schools teaching children in areas which will be of use in the future. The pupils from this particular school will have gleaned a lot from the experiment; such as what it will be like when they get a job in McDonald’s or KFC or any fast food outlet that might employ them on a zero hours contract for the minimum wage.


Okay, the cynicism is kicking in; who am I to scoff? [McDonalds! Scoff! Very good. - Ed.] I have to admit, it could actually be useful, unlike some of the things that were taught in the past. Hands up anyone who has ever actually used that calculus that was drummed into you during your school days. Anyone? No? Nor have I.


Nowadays, children are at least encouraged to think for themselves. In my day [Uh oh... Hovis time. - Ed.] teachers just stated facts and, whether they were right or wrong, you were expected to accept them. One example I can still recall was a teacher asking what part of the body had the thinnest skin. After a few schoolboy sniggers, most of the class assumed it was the eyelids. The teacher responded that this was incorrect; the correct answer was the skin in between the fingers where they meet the hand. This, according to the teacher, was an irrefutable fact. There was no discussion; no suggestion that the teacher was obviously talking rubbish. We had been given a fact and that was that.


Poetry was another thing. To a young kid, poetry is utterly boring. If there was some humour involved, it might be a little more bearable. But no, teachers didn’t think it right and proper to make learning fun. They didn’t suggest that we find something that we might enjoy. Oh no. Here is a poem. Learn it.


The headmaster at my primary school used to visit the class occasionally. Whenever we were doing ‘poetry’ I just prayed that he wouldn’t appear. Why? Did he force some unsuspecting individual to read him the poem we were all (and I mean all) learning? No, it was worse than that. He would always always always launch into, what seemed to be, the only poem he knew. He delivered the same tedious tale to us every time. He recited it so often that I can still remember the first verse...


And the troot that he used tae be.


This would go on for about five verses after which he left the classroom, possibly to find another room where he could do his recital.


Ah, you are thinking, is that why this week’s (g)ramble began with a bit of poetry? No. The words at the beginning are not a bit of meaningless poetic drivel, though they are drivel. You see, those words represent the most useless topic I was taught at school. Ever. They are collective nouns. We were taught collective nouns as if they actually mattered. To me, any group of four-legged animals is a herd. Anything with feathers? A flock. Fishy things? A shoal. Anything else? A group. That is all you need. However, some wordy geek in the past deemed it necessary to come up with hundreds of different, totally random, words to describe individual breeds within each of these groups. Whoever it was was, in my view, taking the piss. These words are MADE UP. They DON’T MATTER. Sadly, too many teachers, when I was at school, seemed to think they do. We even got tested on our knowledge of this meaningless claptrap.


Does it really matter that a group of mallards is called a sord? No it doesn’t. If it mattered at all, why are there the alternatives of flush, puddling and sute? Yep. These are all collective nouns for, not just any old duck, just the mallard. Utter tosh, all of it.


In the early 1980s there was a comedy sketch show called Not the Nine O’Clock News which made stars of Rowan Atkinson, Mel Smith, Griff Rhys-Jones and Pamela Stephenson. It was produced by John Lloyd, who had produced Hitch-hikers Guide to the Galaxy and went on to produce all the Blackadders, Spitting Image and QI. It featured many writers who went on to greater things - Andy Hamilton, Clive Anderson, Stephen Fry, Rory McGrath and Ruby Wax among them. Why do I mention this? Because of one sketch. One little, insignificant, sketch. It featured Rowan Alkinson dressed in a gorilla suit. The premise was that Gerald (for that was his name) had been brought from the wild by a naturalist (Mel Smith) who was attempting to ‘tame’ and teach him. As the sketch progressed the gag was that the gorilla was not only able to talk, but was quite erudite. Why do I mention this? One word and one word only - flange. Sorry pardon excuse me? When Mel Smith’s character gave the incorrect collective noun for a group of baboons, Gerald the gorilla corrected him by pointing out that it was a flange of baboons. Total nonsense, of course, but it has been adopted as fact by many writers since. Even the scientific community have adopted it in a joking way. The page I visited to find out some collective nouns gives ‘flange’ as an alternative to troop or congress.


If a throwaway word on a comedy show can become the accepted ‘norm’, it just shows the ridiculousness of collective nouns.

Any birthdays to celebrate this Saturday, the 30th of January? In a word, probably. Franklin Delano Roosevelt 1882 (‘... the only thing we have to fear is fear itself.’ He said that.  Of course, they cut the quote short because he actually went on to say...and spiders. I can't abide spiders. Especially those big ones with hairy legs.  Oh, and hairy legs.  I can't stand hairy legs.  They give me the creeps.  There's another one.  Creepy crawlies... etc. etc.), Martita Hunt 1900 (Rhyming slang), Sandy Powell 1900 (Can you hear me, mother?), Richard Hearne 1908 (Mr Pastry. Click here to find out what I thought was hilarious when I were a nipper.), Percy Thrower 1913 (Gardener.), John Profumo 1915 (He had an affair, you know [Who did the catering? - Ed.].), Dick Martin 1922 (You bet your sweet bippy.), Gene Hackman 1930 (Factoid: He can’t say nuclear; it comes out as nyukyuler), Boris Spassky 1937 (He played draughts, or something.), Vanessa Redgrave 1937 (Refused to be made a dame in the 1999 honours list. Pity, she would have made a good Widow Twankey.), Dick Cheney 1941 (Similar to a Prince Albert.), Stevie Marriott 1947 (Hello Mrs Jones, how’s your Bert’s lumbago?), Phil Collins 1951 (Model on knitting patterns - see below), Curtis Strange 1955 (Golfy bloke.), Payne Stewart 1957 (Another golfy bloke.), Christian Bale 1974 (‘An actor should never be larger than the film he’s in.’ Not a problem you need to worry about, Chris.), Dimitar Berbatov 1981 (Footbally bloke.) and Peter Crouch 1981 (Another footbally bloke.) 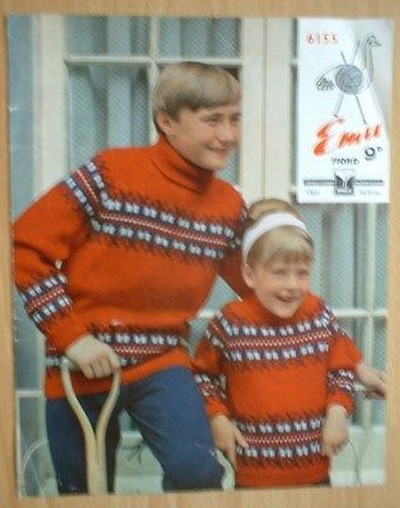 Not a great picture - Phil's the one with the hairband
[Some mistake, surely. Ed.]

Before last week’s grambling results, I would just like to say that I hope that Crystal Palace’s new signing Emmanuel Adebayour has a goal drought at his new club. Why? Because Palace fan, comedian Kevin Day has promised to swim naked across Thornton Heath pond if Adebayour scores 10 goals. He did also offer to give a hundred quid to charity, but I am hoping that no charity is that desperate for the money. Manny, please don’t score.

Let’s move on to grambling matters. What happened last week? We won. Again. Yay! No, once again, not yay. We only got 57 pees back from our £2.20 stake. Mince, or what? What happened? All is revealed below, fair reader...

Fulham vs Hull - Prediction Away win


The Tigers' top scorer Abel Hernandez got the only goal from the penalty spot after Moses Odubajo was fouled by Lasse Vigen Christensen.


The home side were in control after full-back Damien McCrory thumped home a low first-half shot from 20 yards.

Crewe vs Wigan - Prediction Away win


Reece Wabara opened the scoring for the visitors in superb fashion, firing his 25-yard volley past Ben Garratt.


The Alex levelled just before the break through Brad Inman's first-time effort.


Walsall took a 66th-minute lead when Anthony Taylor's cross-shot found Jason Demetriou at the far post for a tap-in.


But Uche Ikpeazu's free-kick deflected into the path of Danny Philliskirk, who poked into an empty net to level the scores in injury time.


Gunn did score when he slammed the ball into the roof of the net then team-mate Mark Nicolson had a good shot saved.

Ho hum. Can The Grambler return to his/her/its recent spell of good form after the poor results of the past two weeks? We can only hope so. Let’s see what he/she/it has selected from the matches that kick off this Saturday, the 30th of January at 3pm.


All righty, how about one for this week? I think a wee follow up to last week’s teaser would be quite apt. Of those 19, which was the first to use the name United?

And finally, Cyril? And finally Esther, I am indebted to a Professor T. Fielding. Who, I hear you ask.   All will be revealed if you click here .