Week 29 - The Grambler does his/her/its sums

I despair, I really do. Not so many weeks ago on this very blog, I had a go at our education system. I’m going to do it again. When I were a lad [Uh oh, Hovis time. - Ed.] we were taught our ‘times tables’. We were taught from 2 times 2 up to 12 times 12 and everything in between. Why 12, you ask. Well, I grew up with lsd. That’s pounds, shillings and pence for anyone who was going to complain that parenting was a bit lax in the sixties. In those pre decimal coinage days, it made sense to be able to work out that six shillings and ninepence was 81 pennies. Well, the teachers thought so. Any road up, we were forced to repeat these tables out loud for what seemed like hours on end. Made to almost chant the words we were, as if repeating a mantra or prayer. And it stuck. Ask me what 6 times 9 is and I will immediately answer 42. It never leaves you once you’ve learned it.


They don’t seem to use the mantra chant method of teaching these days. How do I know? Twice this week I have had cause to groan in despair at the current standard of numeracy...


I was in a shop yesterday. All right, an Indian takeaway... which is ironic considering what happened, because the woman that served me obviously couldn’t. Take away, that is. I ordered a bag of vegetable pakora. That was all. One item. It cost £3.95. I handed over a £5 note and waited for my change. The young lady who took my money placed it on the counter and then reached into a drawer. I thought she was getting my change. She was getting a calculator. I watched as she tapped in 5.00 minus 3.95, then the equal sign. She then went into the drawer and removed a one pound coin, then, after another glance at the calculator, a five pence coin. Obviously, she was making this second check in case it said 50 and not 05. Isn’t it shameful that she actually couldn’t work out what 5 minus 3.95 was without resorting to a calculator? I let out a small groan.


Today, I was in another shop. Tesco, in case you are interested. Unfortunately, I mis-timed my visit quite badly. I got into the store just as the local high school pupils were making their way home. It seemed that many of them were going to this store as a detour. Honestly, the store was overrun with the blighters. Strangely, the busiest aisles were those with sticky pastries, sweets or fizzy drinks [So the healthy-eating advertising campaign is working, then. - Ed.]. Anyway, I let out another groan of despair as I overheard a schoolboy who, as he was a pupil at a high school, had to be older than twelve, ask his friend... what’s 89 pence plus 89 pence. Jeezo!


Oh, by the way, I won’t be going to that takeaway again; it was like preparing for a colonoscopy all day today! See Week 26 - We're pretty, apretty grambling in case you don’t understand what I am alluding (That’s a good word; must look it up) to.

Let’s move on to grambling matters. How good was last week’s bet? Would you Adam and Eve it? Exactly the same return as last week. 58 pees. What happened? All is revealed below, fair reader...


(Ex-Motherwell player) Jamie Murphy's composed finish put Brighton in front before Emile Heskey equalised, but the Seagulls went in ahead at the break through Tomer Hemed [To me head? - Ed.]


Having stifled Derby for much of the game, Jake ‘Posh’ Forster-Caskey netted the Dons' late winner from a free-kick.

Crewe vs Walsall - Prediction Away win


Tom Bradshaw missed several chances for the visitors early on, including an effort which hit the home crossbar.


However, Bradshaw gave the promotion hopefuls the lead with a penalty following a George Cooper handball.


Crewe drew level when Brad ‘I’m free’ Inman nodded in after Semi [Pardon? - Ed.] Ajayi headed on David Fox's free-kick and the home side held on for a point.


The visitors were the more threatening side in the first half and came close to opening the scoring when Jussi Jaaskelainen tipped Carl Winchester's 35-yard strike over the bar.


The game turned when Shaun Miller was sent off for a late tackle on Joe Skarz, with John Lundstram slamming in a loose ball soon after to make it 2-1.

So, not so well randomly predicted last week. What can The Grambler do this week? There are 45 matches kicking off at 3pm on Saturday the 20th of February and the five that The Grambler has randomly selected are...


Brechin vs Dunfermline - Prediction Away win - 2/7


843 was a very significant year. Did you know that? No? Well, it was. Kenneth, king of the Scots, was in this year crowned king of the Picts. And? Thus, he became the first king of the new nation so formed by this union. The nation? Scotland. There you are. A bit of history for you. Who said this blog wasn’t educational?

Teaser time. Yay! Last week I asked you which Premiershit side was relegated in the 1991-2 season and thus spent the first season of the new format league in a lower division. The answer is West Ham, currently placed 7th in the English top division.


What about one for this week? A nice simple one. Why are Dunfermline FC known as the Pars? Answer next week.

And finally, Cyril? And finally Esther, you may have noticed that the back-slapping has started. Sorry pardon excuse me? Yes, it is film awards season. Last week, the BAFTAs were presented. The BAFTAs a silly acronym (That’s a good word; must look it up.) for the pretentiously named British Academy of Film and Television Arts. What is it with those in the acting/pretending world that they need their egos pumping up every year? Any road up, birthday boy Syd Poitier got an ‘academy fellowship’ award. A what? The best actress/lady pretender award went to some woman going by the cheesy name of Brie Larson. What were her parents thinking? Of course there was a huge rumpus when host Stephen Fry called somebody a ‘bag lady’. Can’t understand the fuss, myself. He called it right. That was, indeed, what she looked like. Anyway, old Fry has gone in a huff and cancelled his Twatter account. So?


My own favourite winner of an award? Mark Rylance. He won the best supporting actor/pretender award for his role in Bridge of Spies. He is being touted as one of the UK’s best actors/pretenders. His range is enormous, but his best performance, by far, is as Bing bunny’s guardian/mentor/parent-figure Flop. If you haven’t seen it, here’s a little clip to whet your appetite - just click here .  I am sure you will be amazed at the man’s versatility. 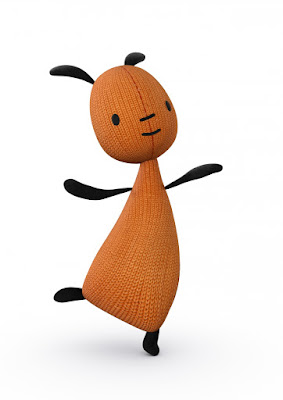