What is going on, I hear you ask. Foxes. No, not foxes. A fox. One particular fox. What has sparked my ire against this bushy-tailed individual? Pull up a chair and I’ll tell ’ee.


I have a garden. Well, if you can call a four foot by two and a half foot raised flower bed a garden, then I have a garden. As the better weather approached, I decided that it was time to tidy up this oversized garden tub. Now, when it comes to gardening, I am not the quickest and to deal with this tidying up would take me the best part of a day. Thus, I spent the morning of this particular day ripping out all the winter plants and weeds. During the afternoon, I dug the soil over and added fertiliser. As evening approached I was ready to put in my summer plants. I had a fair selection of small flowering things to plant; probably about a hundred. In they all went. I watered them in and finally, I sprinkled some slug pellets around them; I know how much these gastropods love anything I ever try to grow, having lost every plant to these munching machines in previous years. This time, they weren’t going to get the chance to get near my plants.


Any road up, by early evening, I had finished and I did look upon my creation and was sore pleased. Sorry, coming over a bit biblical there. And yea I did enter my dwelling for a bite to eat.


Barely an hour later, I happened to glance out at my handiwork. The soil was everywhere as were the plants! Every single plant had been dug up! A fox. Mr Tod had obviously thought that my gardening skills weren’t up to much and had decided to rearrange things. B******!


I see this fox every day. It trots nonchalently up the street and enters the gardens of several houses. It doesn’t dig those gardens up though. Oh no. It goes into those gardens for his supper. This wild predator, is in hunting mode. What animal is this killing machine on the lookout for? Chicken. Those feathered egg-laying poultry-type things? Yes. And no. This beast of prey doesn’t actually have to do much preying as the chicken in question tends to be cooked and left on plates by people who think this flea-ridden creature needs to be fed as if it were a pet.


Of course, these people are not really doing this because they like foxes. Sorry pardon excuse me? No, they are feeding Mr Fox because they know that he will not dig up their garden if they are kind to him. It’s true. Old foxy never digs up the gardens of anyone who feeds him.


Do they not realise that this is a wild animal they are supplying grub for? Or at least, it should be. It is now so domesticated that the only time it might betray its ‘wildness’ is if someone forgets to leave food out... ‘Wild? I was livid.’


However, to me foxes are still wild animals; vermin. Why should I stoop so low as to follow the example of these misguided individuals? So, instead, I have been trying out ‘cannot fail’ ways of keeping foxy away from my plants. Watering plants with garlic water is supposed to do the trick. Apparently, animals really don’t like garlic. I think that’s where Bram Stoker got his idea for Dracula. Well, it doesn’t work for foxy. I reckon this one’s got French blood in him. Chicken wire? I have tried putting a piece of the stuff over the whole raised bed. I don’t know how, but old foxy still manages to dig up the soil and plants without even disturbing the chicken wire.


Talking of disturbing, I think I actually have the answer; it really is pretty disturbing. There is a product on the market which you simply spray around the garden and foxes believe there is another, bigger, predator out there. What is this product? Urine. Seriously. There is a company which markets the urine of big predators. It is possible to purchase lion pee (or any big cat pee) or bear pee. I am not making this up. Although, I suspect, they might be. Who is going to prove or disprove that what they are selling is big predator piddle? I mean, someone might just be peeing into a bottle and flogging human pee.


Well, this got me thinking and do you know what? Human pee is actually a pretty good big predator substitute. How do I know? Don’t ask. Just, don’t.

Well, Euro 2016 is almost at the semi-finals stage. Didn’t you just love seeing the mighty England humbled by Iceland? Oh how we laughed.


The quarter finals are currently underway. As I write this, Wales are leading Belgium by three goals to one. Am I going to say, come on the Boyos? Of course I am, but, more importantly, I will (once again) have a wee pop at the English commentary team at the British Broadcorping Casteration. For the past two weeks, I have bemoaned the English slant on everything that they utter. Well, England aren’t there any more. Now what will they do? Suddenly, they are all Welsh? Beg pardon? At half time of this very match, Fagin lookalike Larry Gineker spoke these words... ‘What have we got to do now?’ By ‘we’ he meant the Welsh team. The blibbing cheek of the man! Last week, Wales barely got a mention. Now, because they are the sole representative from the UK, he thinks he is Welsh. He’ll be eating cheese on toast next.

Any birthdays of note to celebrate? Did any famous or notorious folk came into this world on the 2nd of July? Of course they did. Jack Hylton 1892 (Band leader. Never off the radio back in the day.), Alec Douglas-Home 1903 (Stiff-upper-lipped Prime Minister.), Dan Rowan 1922 (Say goodnight, Dick.), Marvin Rainwater 1925 (Whole Lotta Woman [Shurely shome mishtake. - Ed.]), Imelda Marcos 1929 (Shoe fetishist.), Larry David 1947 (When you're not concerned with succeeding, you can work with complete freedom.), Jerry Hall 1956 (Mrs Murdoch.), Mark Kermode 1963 (How convenient.), Peter Kay 1973 (Cheese? Cake? Cheesecake?) and Lindsay Lohan 1986 (Don’t mention Kettering.).
Incidentally, have you ever wondered what birthday boy Marvin Rainwater looked like?  No, nor had I, until today when I found this... 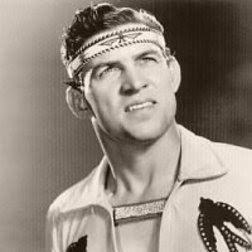 Let’s move on to grambling matters. What happened last week? We won. Sort of. Thanks to England being useless and Portugal deciding to start playing football we only got £1.33. Better than a kick in the teeth, I suppose.


Euro 2016 is now drawing to a close so we can’t have a footy bet this week. We will have to have a gramble on the horses, or we could have a bet on the contenders for the Tory leadership [Same thing, surely. - Ed.]. No, let’s stick with the gee gees (and don’t call me Shirley).


Now, that is whopping.


One for this week? Since Wales are the obvious talking point of the moment... They won, by the way... let’s have yet another Welsh-based question. Chris Gunter earned his 72nd cap for the Wales vs Belgium game which means he is now seventh in the list of players who have played the most times for Wales. So, this week’s question is simply this - Who has earned the most caps for Wales? The only clue I will give is that, for once, the answer isn’t Ryan Giggs.

And finally, Cyril? And finally Esther, I am indebted to a Mr P. Kay [Wasn’t that a brand of chewing gum? - Ed.] for our link to finish this week. When it comes to Peter Kay material, there is just so much good stuff to choose from. I could give you something from the early days such as That Peter Kay Thing or Phoenix Nights; or I could give a sample of his alter ego Geraldine McQueen. What about the old John Smith’s beer adverts? They were always good for a laugh... Ave it!  No, let’s finish this week with a clip from one of his live shows and his take on something that we have all encountered at some time or another... misheard lyrics