Week 41 - The Grambler with a bit of Michael Jackson

You may have heard the phrase supply and demand. It basically means that if there is a demand for a product or service, somebody, somewhere will supply it. It also seems to mean that, the greater the demand, the higher the price that can be extorted, sorry, charged. Think holidays, for example. Book a holiday for, say, June (that's the month, by the way. I am not suggesting that you should pay the holiday costs of somebody called June.) and the price would be a reasonable one. Not too many people want to go away in June, it would seem. Book the same holiday for a date in July and it is a different story. That's school holiday time, so lots of people want to take their holiday then. It ought to make no difference to the cost. After all, you would be getting the exact same deal. However, because that is when so many people have to take their hols, the travel agents/airlines/hotels bump up their prices. If other businesses behaved in such a way, it would be deemed illegal. You can't go charging exorbitant prices just because something is in demand.


‘Ah, but there’s been more demand for them today.’


I think you will agree with me that such a notion would be nonsensical, so why should other industries operate in such an unethical manner?


It is absolutely shocking that anyone involved in the tourist industry is allowed to screw the paying public in this way, but it happens. All the time.


Why am I telling you this? I have heard a tale of another industry that charges way above the going rate simply because they can get away with it. It is an industry I (g)rambled about on Week 26 - Happy grambleday Alice Cooper http://www.thegrambler.com/2017/02/week-26-happy-grambleday-alice-cooper.html . Good old insurance companies.


A famous footballer ­ who shall remain nameless ­ was due to renew his car insurance. He filled out all the necessary paperwork and put as his occupation 'professional footballer'. Okay so far? Back came a quotation for £2500. A bit steep, you are probably thinking. It did, however, provide cover for three vehicles. He decided to go with it anyway. Before he could actually make the payment, somebody from the insurance company phoned him to say that they had googled his name and found out that he was a 'high profile' player. What difference does that make, he enquired. According to the insurance company spokesperson, it meant that they would have to adjust his premium accordingly. How much were they going to charge, you are, no doubt, eagerly asking. Are you ready for this? £8400. What! That, to me, is just extortion. How can a company more than triple the first premium simply because a player is famous. Not all players are nutters, but to this insurance company, they obviously are. They also seem to think that they are all rich nutters.


I will end this rant with a story from way back. A guy needed to get a new door for his Transit van, so went to a scrap yard.


'The scrappy down the road only charges forty.'


'Ours are forty quid when we haven't got any in stock.'


As I said, supply and demand.

Well, East Kilbride came within a whisker, well a couple of penalties actually, of gaining promotion to the Scottish big boys’ league. Unfortunately, although they scored an away goal, they don’t count double as they would in other competitions, so the match went to extra time and then penalties which, sadly, went Cowdenbeath’s way.


East Kilbride Thistle, the town’s other footy team (founded a little earlier - 1968) were also in the news. They gained promotion from the snappily titled West of Scotland Central District Second Division to the West blah blah First Division. Well done to the Jags. [Oh what an original nickname. - Ed.] 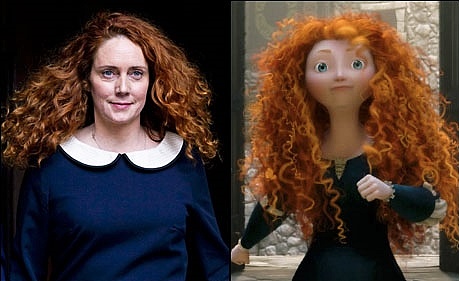 Let’s move on to grambling matters. How did we do last week? Well, not too badly. Only three horses of the five selected actually won, but that still gave us a useful return of £4.45. Do you really want to know which horses won? Okay. If you insist...


Not too bad a start to The Grambler’s nag betting. Can he/she/it repeat or better that performance this week? [Doubt it. - Ed.]


Teaser time. Yay! Last week I asked you which club has the unwanted distinction of scoring the fewest goals in a Premier League season. The answer is Derby County who, in season 2007-08 scored just 20 goals. They also accumulated fewer points than any other side before or since: eleven. A final unwanted claim to fame is that they also won fewer games than any other team before or since: one.


One for this week? As it is FA Cup Final day, let’s have a teaser related to that competition. What ‘first’ was achieved at the 1901 cup final between Tottenham Hotspur and Sheffield United?


And finally, Cyril? And finally Esther, I am indebted to a Mr R. Godfrey. He was a British animator/director and had a particular style of creating cartoons. He gave us Roobarb, Noah and Nelly, Henry’s Cat and that annoying ad for Trio chocolate biscuits; the one sung to the tune of the Banana Boat Song. All were famous for his ‘wobbly’ technique. If you want to see any of those, they are all easily found on line, so, The Grambler being The Grambler and tending to do things a little differently, here is a little film he directed... Know Your Europeans.