Before I begin this week’s (g)ramble, I am wondering whether I should even bother. Apparently, the world is going to end on the 23rd of September. This Saturday. That would mean that even if The Grambler’s predictions for this week were spot on, there would be no winnings to forward to the Bobby Moore Fund. Come to that, there wouldn’t be a Bobby Moore Fund; it would have been vaporised with the rest of the planet.


Apparently, some planet called Nibiru is about to collide with us. Really. Yes, it was predicted in the Bible. Yes it was. And you know the Bible is always right. So, this Saturday, the Earth is going to be obliterated. It has been foretold in a book written about 2000 years ago, by people whose grasp of science was at best pretty tenuous and whose calendar was completely different to the one we use today, that a planet would collide with the Earth on the 23rd of September 2017. Not the 22nd. Not the 24th. The 23rd. Indeed, if you consider how the religion began in the first place, you wonder why anyone still comes up with these ‘End of the World’ scares...


‘So, what you are saying is that Jesus died on the cross, his body was placed in a cave, the entrance of which was then blocked by a huge rock, and two guards were placed on sentry duty? Then, after a few days, somebody went into the cave and there he was, gone?’


‘And the reason he had gone was that he had miraculously come back to life and ascended to heaven?’


‘Why would someone place two guards on duty to guard a burial chamber with one body in it?’


‘It was a very special body; the Messiah, no less.’


‘I suppose so, but has it ever occurred to you that, rather than being dead and miraculously coming back to life, he may have been simply unconscious when he was taken down from the cross? Maybe, he regained consciousness and managed to escape. Who’s to say his pals... his, what were they called again?’


‘Yeah, them. Who’s to say they didn’t overcome or bribe the guards to release their friend who then hot-footed it to somewhere a bit safer; India, for example.’


So, if you are reading this on Friday the 22nd or Saturday the 23rd of September, I hope you enjoy this week’s final edition of the world’s greatest ill-informed blog. If you are reading it on any date after that, I hope you continue to enjoy these (g)ramblings for a long time to come... I suspect the last sentence is the more likely.


So, something that was written about and predicted almost two thousand years ago has been accepted by some people in the 21st century as being absolutely spot on fact. So spot on that these individuals have even pinpointed the date of this apocalypse. Do you know what? I am perfectly at liberty to call these people who perpetuate such scare-mongering nonsense, complete and utter morons of the first order. They are. Stupid idiots; dimwitted imbeciles; mentally-defective loonies; lamebrained simpletons; half witted... [All right, all right. We get the picture. - Ed.] Ahem. And do you know what? They can’t do anything about it. Why not? Well, if they are right, neither I nor they will be here to argue the fact. And if they are wrong? They are stupid, idiotic, dimwitted... etc. etc. for trying to frighten the sh*t out of us with such complete and utter bollocks.


Were any famous or notorious people born on the 23rd of September? Of course. Here are some I’ve even heard of. Augustus 63BC (The first Roman emperor), Kubla Khan 1215 (The first emperor of China), Walter Pidgeon 1897 (Ectaw who often got the bird. D’you get it? Pidgeon... bird. Ha ha. Pidgeon. [Can we move on please? - Ed.]), Mickey Rooney 1920 (Ectaw, usually played the same character... a happy-go-lucky annoying little tw*t.), John Coltrane 1926 (Jazz saxophonist. Time for our first clip. Here is Equinox.), Colin Blakely 1930 (Actor.), Ray Charles 1930 (Musician. Another clip. Here is a tune I had in my childhood record collection... Hit the Road Jack.), Romy Schneider 1938 (Actress. ‘You must not quote to me what I once said. I am wiser now.’), Henry Blofeld 1939 (Blowers. See http://www.thegrambler.com/2017/09/week-7-grambleday-wishes-to-gruffalo.html.), Julio Iglesias 1943 (Cantante. Another clip? Here’s the song that got him noticed in Britain.), Floella Benjamin 1949 (Her from off of Playschool.), Bruce Springsteen 1949 (The Boss. Another link? [Must you? - Ed.] Here is his first single release from 1973. It wasn’t a hit. Not for Brucie, anyway.  You may recognise it.), Nicholas Wichell 1953 (The Beeb’s ‘Royal’ correspondent. There’s a plum job if ever there was one.) and Cherie Blair 1954 (Letterbox impressionist.). 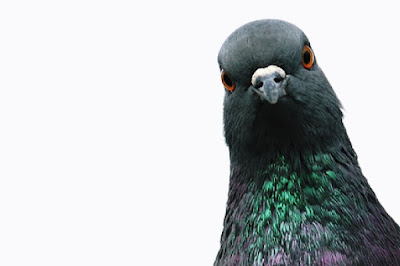 A pigeon which may or may not be called Walter


We are both great Springsteen fans. It was good to hear an early song from ‘The Boss’. Here’s a question for you. What was his highest placed single in the UK?


Well, time to get on with some grambling. How did The Grambler’s predictions for last week fare? Rubbish. Not a penny back. What happened? Read on...


Warnock tapped in at the far post after great work by winger Sean Scannell.


But Akins secured the Brewers' second Championship win of the season when his spot-kick - awarded for pushing from a corner -beat David Button.


The visitors dominated possession and deservedly led at the break thanks to Gary Hooper's header.


A more even second half produced chances at both ends and Sol Bamba struck from close range deep into added time.


But Republic of Ireland midfielder David Meyler struck eight minutes from time to leave Sunderland without a win in six league games.


Meyler almost scored a winner for the Tigers, but his shot was palmed wide by Sunderland goalkeeper Robbin Ruiter.


After a drab first half, Ipswich took the lead when Cole Skuse's shot from 25 yards took a big deflection and beat goalkeeper Ben Alnwick.


Gary Madine, Filipe Morais and David Wheater had chances for Bolton, but they could not beat Bartosz Bialkowski.

Millwall vs Leeds - Prediction Away win


Aiden O'Brien scored the only goal as Millwall deservedly beat Leeds United to end the Championship leaders' unbeaten start to the season.


The Lions dominated and were rewarded 17 minutes from time when O'Brien fired home from Fred Onyedinma's pass.


Oh well. Can’t win ‘em all. Can’t win any. Let’s see what The Great and Powerful Grambler has randomly selected for us this week.


Bolton vs Brentford - Prediction Away win -

What! All Championship matches! Again? What is The Grambler playing at?


Any road up, the bets have been placed (10 x 20 pee doubles plus 1 x 20 pee accumulator) and if they all go according to The Grambler’s Prediction, the Bobby Moore Fund stands to receive a whopping...


One for this week? Here’s one that is a little more off the wall than usual. Which Scottish international winger of the 1980s and 90s wrote an occasional column for New Musical Express? Definitely one to get them thinking down the pub.


And finally, Cyril? And finally Esther, I am indebted to Mr E. Idle who penned the delightful ditty which we use to finish this week's edition of thegrambler.com. In view of that wonderful prediction of the world coming to an abrupt end this weekend, I think this is rather apt. All together now... Some fings in life are bad...