Week 10 - The Grambler with a touch of Ralph Lauren

There was a news item on today about people paying too much for their gas and electric bills because they don’t switch to a cheaper tariff to pay their bills. They were bemoaning the fact that the bills were really quite hefty. The reporter asked them why on earth they hadn’t switched and I thought, hold on a minute, why the f*** should they. Why do energy suppliers get away with charging different rates for the same product? Do you know what electricity and gas suppliers, wouldn’t life be a lot simpler if you just charged everybody the same rate? Other businesses don’t pull that trick...


‘The petrol you’ve just put in your car?’


‘Do you know that is a very expensive way to buy petrol. Why don’t you sign up to pay a fixed monthly amount for the next two years and if the price of fuel goes up, your payments won’t.’


‘And if the price comes down, as it has in recent years?’


So well done Saint Nicola of Sturgeon for advocating that a supplier of cheaper energy should be set up so that everyone pays the same, low, rate. It would be like nationalising the industry. Can’t think why nobody has come up with the idea before now. Erm...


Of course, you have already noted the point I am making; it has been done before. After the Second World War, the Labour government took the bold step of nationalising many industries - coal mining, steel production, the railways and, of course, gas and electricity supplies among others. It cost a lot of dosh to buy out all the private companies of the time but the industries I’ve listed then became the property of the electorate; the people. Yay!


Things didn’t run as smoothly as hoped, perhaps - too much power to the unions maybe, too many strikes - so when the majority Conservative government led by one Margaret Thatcher announced that these nationalised industries would be privatised, there was not enough opposition to prevent it happening. The government made it look like a great idea by allowing us, the general public, to buy shares in the new privatised companies (although the majority of the shares would go to business ‘investors’)... Basically we were being asked to shell out to buy a little slice of those companies which we already owned. The government was selling off what wasn’t theirs to sell.


A labour MP of the time likened it to selling off the family silver. How right they were. How many companies that were de-nationalised are still even owned by British businesses? How many are even in existence?


So I say, well done Nicola. To my mind, it is only a start. In my ideal world, all such industries should be nationalised. Any industry that is providing a necessary service should not be profited from. Water, gas, electricity, public transport, telephones, health care, even basic food items should be available to all at low cost. Nobody involved in any of these industries should be allowed to amass great wealth. Maybe my socialist ideals don’t sit too well in the 21st century where ‘make money’ is the mantra of all businessmen, but I don’t care. 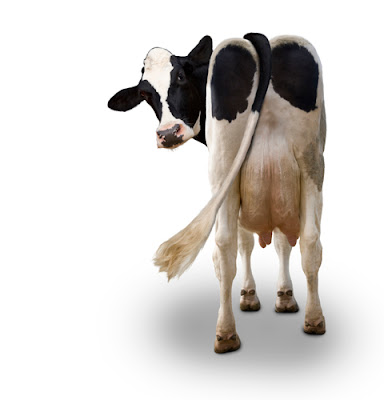 'Ready for our scene, Mr Timothy.'


You include in this week’s edition of thegrambler.com [I thought you said it was a letter. How did this get in before the blog even got published? Something funny going on, if you ask me. - Ed.] a clip from The Firefly with Allan Jones singing The Donkey Serenade.  We are four really big fans and we know that he starred in a couple of Marx Brothers films, but can't remember which ones.  Can you help?

Well, time to get on with some grambling. How did The Grambler’s predictions for last week fare? Not bad. We actually won some money. £4.39. Almost double. Brill! What happened? Read on...


Ben Whiteman scored a 10-minute hat-trick to help Doncaster come from behind to beat Southend.


Southend took the lead when Anthony Wordsworth headed home after Niall Mason cleared off the line for Doncaster.


Wordsworth was arguably lucky to still be on the pitch after appearing to kick out at Jordan Houghton off the ball earlier in the half.


And that equaliser laid the groundwork for Whiteman's second-half heroics.


He scored his first after 47 minutes when he fired in after a James Coppinger free-kick hit the bar.


He then extended the lead with a stunning volley from just outside the area.


By 57 minutes, Whiteman had his hat-trick when he fired home from the penalty spot after Michael Timlin fouled Alfie May.


Southend captain Anton Ferdinand was sent off after the final whistle for dissent, compounding a bad day for his side.


The hosts took the lead after 20 minutes when Harry Pell broke down the right wing before crossing for Brian Graham to slot home from close range.


Swindon were deservedly level eight minutes into the second half when Matt Taylor's free-kick found the head of centre-half Matt Preston to nod home.


A minute later Cheltenham's Joe Morrell was adjudged to have been brought down by James Dunne inside the box.


Substitute Danny Wright stepped up to take the penalty with his first touch of the game, only to be denied by Reice Charles-Cook in the Swindon goal.


Then, in the fourth minute of time added on, a Morrell free-kick was flicked on by Pell for striker Wright to rifle home the winner.


Michael Bostwick gave City the lead when his shot took a huge deflection off Bradley Barry and spun beyond wrong-footed keeper Joe Anyon.


The Imps doubled their lead on 25 minutes and again a Spireites player had the final touch as Andy ‘Les’ Kellett inadvertently drilled Harry Anderson's cross into his own net.


Chesterfield pulled a goal back with eight minutes left. After Anderson was adjudged to have brought down Barry in the box, substitute Kristian Dennis netted from the spot.


Newport’s Josh Labadie scooped a shot over from six yards before Padraig Amond headed home a corner just before half-time.


Skipper Labadie hit the bar early in the second period before he finally headed home a corner on 55 minutes.


Rob Milsom's stoppage-time header preserved Notts County's unbeaten home record as they were held to a draw by Forest Green at Meadow Lane.


The Magpies midfielder met Matt Tootle's cross to power a header past Sam Russell which cancelled out Omar Bugiel's first-half opener for the visitors.


How close was that to a full house! Come on Grambler, give us some good predictions this week...

Oh dear, The Grambler’s love affair with the English Championship continues. All five predictions are from that division.

Teaser time. Yay! Last week I asked you who is the only player to have played in three World Cup Finals. The answer is Marcos Evangelista de Morais, better known as Brazilian defender Cafu. He actually represented his country in four World Cups between 1994 and 2006 and is Brazil’s most capped player with 142 appearances.


One for this week? In the Liverpool dressing room of the 1970s, why were Steve Heighway and Brian Hall known as Big Bamber and Little Bamber? Stop sniggering at the back.


And finally, Cyril? And finally Esther, I am indebted to a Mr T. Ferrino and Miss B. Guomundsdottir for our finishing item. Was it really 20 years ago that this was on Comic Relief?