Week 16 - The Grambler on David Cassidy

Imagine you are around in the late 1960s and you are a teenage girl - Who is there left to scream at? When I say scream at, I am not suggesting any kind of angry outburst. No. I am talking about pop music. Think about it. Elvis who had the teenage girls wetting themselves in the late 1950s was now an old married man of 34. Cliff, though not married, has turned to religion, so not much screaming in his direction. The Beatles were all married, had embraced hippydom and, anyway, they had already split and gone their separate ways. Ditto the Monkees. What was a pubescent teenage girl to do? Who would fill the void.


Luckily, at about that time, a cheesy television programme about a fictional family pop group first aired. In it, the widowed mother of a brood of precocious, musically-talented nippers, tries to lead her family to pop fame and fortune. The title of both the programme and the fictitious group was The Partridge Family. Imagine the Von Trapp family meets the Monkees and you are getting close. It sounds like a dreadful concept which deserved to fail miserably. Fortunately for those involved, it had a couple of redeeming features. Firstly, the songs used in the programme were undeniably catchy. Secondly, the oldest of the siblings was a good-looking, if somewhat androgynous, actor going by the name of David Cassidy. It didn’t matter whether he could act or sing, here was the answer to those pining pubescent pop fans looking for someone to swoon over.


Suddenly, Cassidy was the marketing men’s dream. Anything remotely associated with him sold to these dreaming damsels; calendars, annuals, clothing. Basically, anything with his grinning face on it was snapped up.


Lady Fame is a fickle mistress, however. Like all ‘manufactured’ acts, his star shone brightly, but only briefly until the next big thing came along. David Essex, Donny Osmond and The Bay City Rollers would soon be putting in their own bids for his crown.


Even so, his death this week would have caused a few middle-aged ladies to weep into their Kleenex. No doubt some of them were there the day Cassidy came to Polomint City back in the seventies. The school rooms of East Kilbride must have been devoid of all females on that day. Just about every teenage girl in the town dogged off school [Trans: played truant. - Ed.] that day to be outside the Olympia - EK’s own concert venue - waiting for him to make an appearance on the balcony (Yes, it really was like Buckingham Palace... well, It was a big building with a balcony.) And they waited. And waited. Eventually, the object of their desires walked out onto the balcony. He waved. Then he went back inside. 15 seconds? 20? Not quite what those fans had hoped for.


You will have noticed that Cassidy’s only fans were young girls. His male following was probably nearer zero, which leads me to my own favourite tale about David Cassidy which kind of sums up what guys thought of him. This is an absolutely true story relating to a Radio One ‘roadshow’ of the era. A what, I hear you ask. In the seventies, Radio One was the only Beeb Beeb Ceeb music channel that bothered with ‘pop’ music. Occasionally, rather than present the shows from a studio, the Beeb would send its deejays and sound engineers around the country to shopping centres or sports arenas where the deejays would chat to members of the public between records. With me so far? One of these outside broadcasts came from Glasgow. The deejay, a Mr ‘Diddy’ David Hamilton made the mistake of chatting to a lad in the audience prior to playing a track by David Cassidy...

Were any famous or notorious people born on the 25th of November? Of course. Here are some I’ve even heard of. Andrew Carnegie 1835 (Industrialist and philanthropist. His dictum [Steady on. - Ed.] was that an individual should spend the first third of life getting all the education they can, the next third getting as much money as they can and the next third giving it all away. Yes, all very easy for a multi-millionaire who lived into his eighties to say.), Ernst Schroder 1841 (Mathemetician.), Karl Benz 1844 (Engine designer and automobile engineer. Patented the Motorcar in 1886.), Angelo Giuseppe Roncalli 1881 (Who? Better known by his job-title of Pope John XXIII.), Phil Eastman 1909 (Better known as P.D. Eastman, he wrote and illustrated children’s books. Illustrated one of my own grandkids’ faves ‘A Fish Out of Water’.), Joe DiMaggio 1914 (Played baseball, or rounders as it’s called in Britain. Oh, and he was briefly married to Marilyn Monroe.), Augusto Pinochet 1915 (Chilean dictator.), Ricardo Montalban 1920 (Khan Noonien Singh.), Shelagh Fraser 1920 (Aunt Beru.), Jeffrey Hunter 1926 (Jeebus.), Kathryn Crosby 1933 (Actress. Bing’s missus.), Percy Sledge 1940 (Singer. Time for a clip? All together now... Whin a man loves a wommun.), Gerald Seymour 1941 (TV journalist and author.), Bob Lind 1942 (Singer/songwriter. Another clip? Here’s his number 5 hit from 1966.), Charles Kennedy 1959 (Likeable politician... Two words you don’t often see together.), Steve Rothery 1959 (Geetarist with Marillion. Another clip? Let’s have something from Holidays in Eden, one of the loveliest songs I know of. Here’s No One Can.), Amy Grant 1960 (Known as ‘The Queen of Christian Pop’. Want a clip? Here’s Baby Baby.), John F. Kennedy Jr. (Er... Son of John F. Kennedy.), Dougray Scott 1965 (Actor. Supports Hibs. Bless.) and Xabi Alonso 1981 (Footy bloke.). 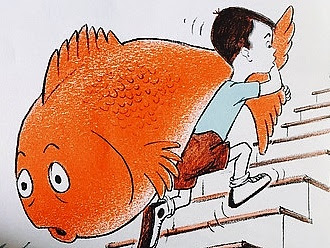 
It was so good to hear a tune from Marillion. What a shame that you chose a track from the Steve Hogarth era as lead singer rather than that of Fish. A shame for us two fans as we were really into the band in the early eighties. We were talking about the early hits. We remember the first two top ten hits - Kayleigh and Lavendar - but can’t remember the next one. Can you help?

Sadly, there are no predictions from The Grambler this week. [Hooray! - Ed.] Blame Beardy Bloke Media. Once again, the tinternet connectivity where I live has been intermittent. Not only that, but it only works occasionally. So, you won’t win/lose any money this week.

Teaser time. Yay! Last week I asked you who are the only club to have won the European Cup/Champions League more times than they have won their domestic league title. The answer was, of course, Nottingham Forest who won the European Cup after winning the league title and won the former again the following season when they entered as title holders.


And finally, Cyril? And finally Esther, I am indebted to a Mr W. Lantz whose animation studio created a cartoon character which was seen for the first time on the 25th of November 1940. Though it was not the ‘star’ as such, it soon became a favourite that lasted until the studio’s demise in 1972. A revival saw the character used well into the current century. The name of this animated character? Woody Woodpecker and here is that very first outing from 1940 .