You know me. I'm a reasonable man. There isn't much upsets me. [Splutter!  What? - Ed.] Sometimes, however, something comes along that just damn well infuriates me. So what has caught my ire? An advert. Sorry pardon excuse me? Yes, one silly little advert. Actually, several adverts. It is a series of adverts made to advertise... I don't know. The reason I don't know, is that I am so incensed at the ad that I haven't even noticed what we are being asked to buy. Take note, Mr advertising agency man.


The ads show a young guy... James Condom, or something, driving a classic Mercedes-Benz. In the original ad he drives along a busy road and all the lights miraculously change in his favour and therein lies my first gripe. I used the word miraculously and I feel that anyone who is remotely religious ought to take offence at this advert. Is this ad supposed to be showing someone who is possibly a modern day messiah? He is not the messiah, he is a very annoying comedian.


Second gripe? He is driving a classic car in the ads, as I have already stated. Is he meant to be an ordinary guy? Or someone incredibly rich? He must be wealthy to own that particular Merc; one of the most desirable big Mercs of the past 60 years. It is fetching up to 100 grand these days. (Who said anorak?) Hardly the kind of car that a chubby young Jack-the-lad should be let loose in. I cringe every time I see the one of the car spinning into a parking space... Yes, I know it isn't Mr Connolly, son of the well-known Scottish comedian, who actually does the fancy driving bits, but I hate the thought that a classic car might end up wrecked.


My third gripe? The chubby comedian himself. Do you recall I wrote in the past about the Rolling Stones with the question 'why', as in why were they so popular? Well, I have the same question about Mr Corbyn. How did he make it so big? Was it because he was the son of our esteemed opposition leader, the sainted Jeremy? I was never a fan of Gavin and Stacey, his first hit. Nor did I think much of the debacle (That's a good word; must look it up.) that was Corby and Horne. I mean, inventing the trouser press is one thing, making it big in the world of comedy is another.


I have nothing against the guy. He seems affable enough; if you are looking for someone to aff, he's your man. But where is the talent. I make a point of not watching him on a certain sports quiz type programme that he fronts. Why? Because watching a chubby comedian shouting a lot does not appeal. His film career doesn't read well either... although his profile tends to steer clear of his greatest cinematic triumph... Lesbian Vampire Killers. Can't think why Mr Corbett, son of the well-known puppeteer famous for sticking his hand up sooty's bum, tends to overlook this masterpiece. [Do I detect a touch of sarcasm? - Ed.]


So, to get back to my original question... Why? Why is this likeable, but not particularly gifted, comedian in demand? He's even got his own talk show on American TV for goodness' sake. [I think that answers your earlier question... he's rich. - Ed.] Why? Has he got some seriously incriminating photographs? I cannot understand how he can maintain such a high-flying career based on so little. It is just so utterly confusing. I am confused...


Oh. I've suddenly remembered what the ad was for.


I like 10cc and am pleased that you included a link to one of their hits. I believe this was their second number one. They later had a number one with Dreadlock Holiday. I can’t recall the name of their first number one though. Can you help?


Yours with everlasting love,

Barnsley vs Wolves - Prediction Away win


Championship leaders Wolves stretched their unbeaten run in league and cup to 14 games but were held to a goalless draw at Barnsley.


Helder ‘Coffee’ Costa and Diogo Jota had the ball in the net for the visitors, only to be denied by offside flags.


And Jota also struck the crossbar with a fierce second-half drive against a determined Barnsley side.


Adam Hammill and Stevie Mallan had Barnsley's best efforts, but were denied by keeper John Ruddy. He’s ex-Motherwell, you know.


Crewe came within inches of taking a fifth-minute lead after a slick move involving Callum Ainley and George Cooper sent Jordan Bowery sprinting clear. He went round advancing goalkeeper Jack ‘Bonzo’ Bonham but slid his shot against a post.


Again it was the Alex forcing the pace as Eddie Nolan whipped a low ball across the face of the Carlisle goal with no-one on hand to convert the chance.


Carlisle skipper Danny Grainger powered a 25-yard effort inches past Ben Garratt's right-hand post and it was another defender, James ‘Sex Machine’ Brown, who had the home side's best first-half effort when he got forward to hammer a shot from the edge of the area which flew narrowly wide.


Chances were scarce after the break, although Crewe almost profited from a 62nd-minute mix-up between Grainger and Bonham, but with the goalkeeper off his line, Cooper hoisted his lobbed effort onto the roof of the net.


Sam Cosgrove had the ball in the net for Carlisle but was ruled offside. But the stalemate was broken in the 76th minute when Cosgrove headed Carlisle in front at the far post from a cross by Tom Parkes on the left.


A point-blank save by Garratt from Richie Bennett's shot prevented Carlisle from doubling their advantage in the closing minutes.


Yeovil had by far the better of the first half and started the game strongly when a long throw was headed away by the Vale defence and Jake Gray's volley hit the side netting on three minutes.


The Glovers took the lead less than eight minutes later when a long ball up field from Artur Krysiak found Otis Khan and he picked out Zoko who drove a left-footed shot into the bottom corner from 20 yards.


The hosts brought on Donovan Wilson at half time but it was fellow substitute David Worrall who won a penalty on 85 minutes when he was fouled in the area by Omar Sowunmi.


Tom Pope stepped up and placed his shot in the top left corner to record his 14th goal of the season as the match finished even.


Swindon had a great chance to open the scoring when Kaiyne Woolery cut inside from the left flank and laid the ball back to Keshi Anderson, but his effort was palmed away by Brad Collins.


Forest Green lost Farrend Rawson to a serious injury midway through the first half, with the defender stretchered off after clashing with Ellis Iandolo.


Anderson was again denied by Collins just before half-time, with the goalkeeper diving to his right to turn behind the midfielder's curling shot.


The visitors started the second half the brighter of the two teams, with Christian Doidge's low strike forcing Reice Charles-Cook into a save.


The home side then went ahead after Anderson's shot was parried by Collins and after a goalmouth scramble Luke Norris was on hand to tap the ball into the net.


Wycombe led in the 14th minute when Craig Mackail-Smith bent in a superb cross from the left that Adebayo Akinfenwa met with a stooping header.


Ten minutes later, the Chairboys doubled their lead as Mackail-Smith gathered Dan Scarr's hopeful ball before laying off for Paris Cowan-Hall, whose deflected effort trickled into the bottom corner.


It was effectively game over with 16 minutes left as Luke O'Nien unleashed a sensational strike into the top corner past a static Sam Walker after Joe Jacobson's corner was cleared his way.


But Colchester were able to pull a goal back as Sammie Szmodics swapped passes with Courtney Senior before placing a good effort into the bottom corner from the edge of the area.

A shame about those draws, otherwise we could have had five out of five. [But you didn’t. - Ed.] Can The Grambler give us a full house this week? [In a word - no. - Ed.] What five games has he/she/it randomly picked for us?


Let’s see how much we could win in the unlikely event that the results go as predicted.

Oops. A bit too whopping.

Teaser time. Yay! Last week I asked you the name of the Tottenham Hotspur chairman who sacked manager, Terry Venables in 1993. It was Baron Sugar of Clapton, although at the time he was plain old Alan Sugar.


One for this week? Here’s a good un. Which ex-Premiershit player is the only man to have scored, provided an assist, scored an own goal and then been sent off in a single Premiershit game? One to ask down the pub, I reckon.


And finally, Cyril? And finally Esther, I am indebted to a Mr. T. Baker who is involved in this week’s concluding clip. Captain Rum. Sorry pardon excuse me? It was his character in an episode from Vipera Neagra II. Tom Baker gives a brilliantly over the top performance.  Ahaaaaaaaarrrrrrrrrrhhhhh!  Here be  Potato. 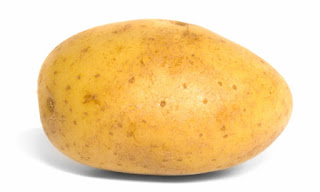