Week 34 - Grambleday wishes to Doctor Who

It seems that nowadays anyone can become a star or at least a celebrity by simply putting something memorable on Ya Tube or Farcebook.


Here in Scotland, a very funny comedian was first spotted on line and gained something of a cult following. Before long, the beeb was alerted to his genius brand of comedy and the rest is history. Limmy was given his own show and his material was shown to a much wider audience.


Going much further back, long before social media, someone who appeared in the news could achieve a brief moment of ‘stardom’. Who remembers Daniel Hooper aka Swampy? Anyone? You at the back? Yes, that’s right, he was an eco-warrior or environmental protester. He achieved a modicum of fame, or notoriety depending on your point of view, when he and others dug a series of tunnels under the proposed Newbury Bypass extension of the A30 road back in 1996. He and other protesters spent up to a week in this complex labyrinth resisting arrest. He was the last one to be ‘evicted’ and because of this act of defiance he was briefly a celebrity. In 1997 he was even a panellist on Have I Got News For You.


That was one celebrity who had his 15 minutes of fame; another is John Smeaton. If it is a name that you have forgotten, he was the baggage handler who, along with others, tackled terrorists who tried to drive a 4x4 vehicle through the main doors of Glasgow Airport back in 2007. The vehicle was on fire as Smeato arrived at the scene and the people in the car were also being burned. His way of dealing with the situation? Basically, he tried to kick the sh*t out of the driver. He received the Queen’s Medal for Gallantry for kicking a man that was on fire.


He was, however, something of a character and the press loved his forthright views...


His thoughts as he set about the attacker: ‘You're no' hitting the Polis mate, there's nae chance.’


Describing his own actions: ‘So I ran straight towards the guy, we're all trying to get a kick-in at him, take a boot to subdue the guy.’


When asked for his message to would-be terrorists: ‘Glasgow doesn't accept this. This is Glasgow; we'll set about ye.’


In a newspaper article: ‘If any more extremists are still wanting to rise up and start trouble, know this: We’ll rise right back up against you. New York, Madrid, London, Paisley… we’re all in this together and make no mistake, none of us will hold back from putting the boot in.’


On his fame: ‘Would you stop it with all this hero worship? Anyone else would have done exactly the same as me.’


Coming bang up to date, have you ever heard of Joseph Garrett? No neither had I until, recently, my grandson told me about what he watched on Ya Tube. Actually, he hasn't heard of Joseph Garrett either because he knows him as Stampylongnose. Sorry pardon excuse me? He seems to be something of a cult... I said cult... amongst 8 year old kids.


If you were ever annoyed that your child was playing too many computer games, consider this. Stampylongnose records himself playing computer games, adding a commentary, and then puts these recordings on Ya Tube. Children, my grandson included, then watch these videos for hours on end.


So if ever you hear a child talk about Stampylongnose, you now know that you don't need to refer to a medical dictionary; instead, you should be hiding the laptop.


All this tarradiddle leads me to a piece of film that was recently posted on Ya Tube. It features a young lady at the funeral of her father. Not for her the normal sad farewell, instead she sings the old Millie hit My Boy Lollipop at the graveside. Naturally, the whole spectacle was filmed and placed on Ya Tube. It's what people do these days. Any road up, the clip has gone 'viral' with over a quarter of a million views. Following on from this, she was actually booked to appear at a Glasgow bar to 'sing' the same song. If you allow Ya Tube to do it's usual trick of playing the next clip, whether you want it to or not, you will see that Bar Budda was absolutely packed that night.


Were any famous or notorious people born on the 14th of April? Of course. Here are some I’ve even heard of. Abraham Darby 1678 (Ironmaster who developed a superior method of producing pig iron in the early years of the industrial revolution. You see, educational this is.), John Gielgud 1904 (Ectaw, dear leddie.), Faisal of Saudi Arabia 1906 (The well-known king.), Francois Duvalier 1907 (The well-known dictator. Aka Papa Doc.), Valerie Hobson 1917 (Ectress.), Rod Steiger 1925 (I didn’t know he kept dangerous animals.), Gerry Anderson 1929 (Not just a puppeteer. Gave us... deep breath... The Adventures of Twizzle, Torchy the Battery Boy, Four Feather Falls, Supercar, Fireball XL5, Stingray, Thunderbirds, Captain Scarlet and the Mysterons and Joe 90. I think a clip is in order. A theme tune perhaps?  It has to be this one.), Bob Grant 1932 (Actor. Jack Harper in On the Buses.), Loretta Lynn 1932 (Curntry n wyustern singer. Aka The Coal Miner's Daughter, The First Lady of Country Music, The Queen of Country Music, The Honky Tonk Girl, The Decca Doll, The Blue Kentucky Girl or The Hillbilly Feminist. Was this some sort of tax dodge?), Paddy Hopkirk 1933 (rally type racey bloke.), Shani Wallis 1933 (Actress/singer. Nancy, that was her. All together now... Oom pah pah! Oom pah pah!), Julie Christie 1940 (Ectress.), Ritchie Blackmore 1945 (Geetarist. Responsible for the first riff that any budding rock guitarist ever learns.  All together now... Dahn dahn dahn, da da da dahn...), Julian Lloyd-Webber 1951 (Cellist. Time for a bit o cult'yer.), Peter Capaldi 1958 (Ectaw. Malcolm Tucker and the 12th incarnation of the man known only as The Doctor.), Robert Carlyle 1961 (Ectaw. Begbie.), Gina McKee 1964 (Ac’ress bonny lad.), Sarah Michelle Gellar 1977 (Actress. Buffy.) and James McFadden 1983 (Ex-Motherwell footy bloke.).


Thanks for reminding us of what a genius Gerry Anderson was. He gave us all those wonderful puppet programmes back in the fifties and sixties. After turning his back on puppet tv in the seventies, I believe he produced another animated series in the eighties. Can you remember what it was called? 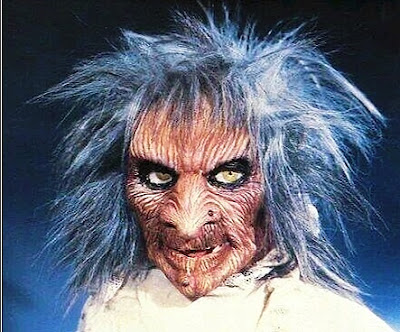 
Fulham looked set to be frustrated despite dominating the game, with Ryan Sessegnon hitting the bar and Aleksandar Mitrovic and Stefan Johansen also going close.


But Mitrovic smashed in Sessegnon's cross for their seventh win in eight.

Yeovil vs Luton - Prediction Away win


Hylton was involved in the action again when Ryan Dickson hauled him down in the box and was shown a straight red card. The striker picked himself up to score the penalty a minute later.


Yeovil were down to nine in the 32nd minute when captain Francois Zoko was dismissed for an off-the-ball incident with Alan McCormack.


Hylton made it 3-0 eight minutes later by turning in a James Collins cross at the second attempt.

Partick vs Kilmarnock - Prediction Away win


Stephen O'Donnell had the ball in the net for the visitors but was penalised for handball (which is a different sport entirely).


Billy Mckay showed great persistence and composure to net the 28th-minute opener against the run of play.


The visitors' supremacy continued after the break, and they squandered a spree of chances before replacement Oli Shaw's 90th-minute strike.


Darren McGregor almost won it for Hibs with the final act of the game.


The Hibs captain headed just wide from a corner. Tw*t!


McDonald thought he had scored again with a shot which was cleared on the line but another Barr header won it.


He scored the winner from a corner with 10 minutes to go.

Oh well. I didn’t expect The Grambler to do it two weeks on the trot. Let’s see what he/she/it has randomly selected this week...

The selections have been made. Let’s see how much we could win in the unlikely event that the results go as predicted.

Hmm. That is a little bit whopping.

Teaser time. Yay! Last week I told you that there are six footballers currently still playing who have scored over 100 Premiershit goals and asked who is the youngest of these. If you answered Harry Kane, you would be right; he is, after all, only 24. You would also be right if you had answered Wean Rooney. Sorry pardon excuse me? You see, of the six holders of the 100 goals accolade currently still playing, Rooney was the youngest at the time he achieved the feat being only 24 years and 100 days. Harry Kane was 24 years and 191 days. And the bonus question? The youngest player to rack up 100 goals in the Premiershit was Michael Owen who was only 23 years and 134 days when he reached the milestone.


One for this week? What do Leyton Orient, Northampton Town, Carlisle United, Swindon Town and Barnsley have in common? One to start a discussion down the pub, methinks.


And finally, Cyril? And finally, Esther, I am indebted to birthday celebrant Miss G. McKee for this week’s closing link. It shows an early tv role for Gina back in 1987. It may be dated, but it is still a clever piece of advertising.