Week 6 - The Grambler asks for cash back

I often revisit topics which I have covered in the past and I apologise in advance, because I’m going to do it again.


You may remember a blog from way back where I had a pop at Bri... UK Gas (Do you see what I did there?) for their odd pricing methods where you sign up to various ways of paying your bill rather than everybody paying the same amount for the same product.


Sadly, the practice continues and I was advised that I was paying too much for my gas and electricity. [Surely, that’s a given. - Ed.] Don’t call me Shirley. So, just over a year ago I signed up for a fixed payment deal over a period of time that was also fixed. Having recently checked my payments of the last few months I can announce that I now understand how the scheme works. In their favour, is my conclusion. [That is also a given. - Ed.]


I was told that the amount of energy I used added up to 90 quids a month. Thus I would have 90 quids extracted from my bank account each month. Okay so far. That makes sense.


All went well until February when, without my knowledge, the amount that was being swiped out of my bank account rocketed to almost 120 quids... that’s an increase of... um... lots. Not right, thinks I.


So what had happened to warrant this massive increase? Well, around the time of the increase, Bri... sorry, UK Gas, make ‘adjustments’ based on the amount of energy used over the previous three months. It just happens to coincide with the winter period when the Grambler household uses a lot of energy on trivial things like keeping warm and being able to see when it gets dark. So, instead of the expected three-monthly payment totalling £270, I ended up with bills totalling £450. Hang on a minute, I signed up for £90 a month, not £150.


The odd thing is that, six months later when another ‘adjustment’ figure is made (in my case, less than half the winter total), they don’t automatically take the price down to compensate. No, it stays at the higher figure. They can’t do that without my permission, it would seem; I have to ask for it to be reduced.


Odd that they don’t need my permission to take more, but do when they are to take less.


Do they keep the excess money, I hear you ask. Yes, if I don’t ask for it back, they do. Until I do that, it accumulates and my energy account shows that I am in credit.


By the time I realised what was happening, I had accrued quite a sum. When I asked for it back, it was willingly given; it is my money, after all.


What, then, is the purpose of this odd method of accounting? Well, while my dosh was in their hands, it would have been accruing interest. Not much; maybe just a few pounds. However, is this same way of gathering money used for every customer?  Given that they supply 21.8 million customers in the UK, that would mean that they are raking in 21.8 million times a few quids. A nice little earner, as Arfur Daley would have said. It is an even better earner for UK Gas if the customers don’t bother to ask for their money back. How many people actually take the time to track the payments they are making? Less than half? Probably.


Last year UK Gas profits were 1.39 billion quid... That’s billion, not million. To my socialist mind, that profit ought to be a big round zero. Why should some fat-cat shareholders be profiting from something that is a necessity? Don’t get me started... Anyway, they shouldn’t be raking in even more than they already do by ‘looking after’ our money.


Come on gramblerinis, do what politicians are always telling us to do, take back control... Well, at least take back your own money. 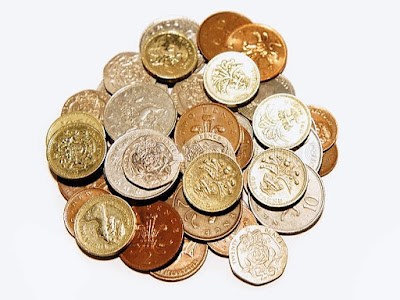 Money money money
Must be funny
In an energy provider's world


We thought it was fantastic to hear a song from the great Buddy Holly. It is amazing just how many of his great songs were hits for other artists. There was Not Fade Away by the Rolling Stones, Oh Boy by Mud, Everyday by Don McLean, True Love Ways by Peter and Gordon and many others. One, we believe, was a hit for Leo Sayer, but neither of us can remember which. Can you help?


Yours with love and kisses,

There were no predictions from The Grambler last week, but he/she/it is back this week with five surefire winners [Believe that and you’ll believe anything. - Ed.]. Because of qualifiers for some piddling little competition... the Eurovision Championship or something, there are very few Saturday games available for The Grambler to choose from. Basically, League Two plus a few from League One...


...oh, and one Scottish League One game.


Leyton Orient to beat Swindon? You are having a laugh, Grambler.


Any road up, the bets have been placed (10 x 20 pee doubles plus 1 x 20 pee accumulator) and if they all go according to The Grambler’s Predictions (Ha ha ha ha ha ha ha!), the Bobby Moore Fund stands to receive a whopping....


That is whoppingness of the highest order, if you ask me... which you haven’t done.

Teaser time. Yay! Last time I asked you to name the three clubs which, as of September the 3rd, had a 100% points tally. I thought you would easily get two, but wasn’t so sure of the third. The answers are Liverpool (top of the Premier League), Celtic (top of the Scottish Premiership) and Dundee United (top of the Scottish Championship).


One for this week? Here’s a cracker. Which top club was originally known as Dial Square F.C.?


And finally Cyril? And finally, Esther, I am indebted to various individuals for this week’s finishing items which are political. Sort of. Unless you have spent the past few weeks in a jungle retreat without a decent wi-fi signal, you are probably aware that the Yuk has a new PM. Sadly, Bullying Bojo is not getting things going quite the way he had hoped. He lost his first vote in the House of Commons and, in that typically understated British way, there was an immediate shout of ‘Not going too well, Boris’ from the gallery. Boris’ main reason for reaching Number 10 was his determination to get Britain out of Europe while doing his Noel Edmonds impersonation... Deal or no deal.  Geddit?  No?  Please yourselves. The difference is that Noel carries a big mug, whereas Boris is a... No.  Perish the thought.  Anyway, with that in mind, let’s finish with a few (not necessarily new) Brexit gags...


An Englishman, a Scotsman and an Welshman walk into a bar.
The Englishman wanted to go so they all had to leave.


“I voted Remain, not just for political reasons but because my mum’s moved to Spain and I want her to stay there.” - Leo Kearse


Have we tried unplugging 2016 waiting ten seconds and plugging it back in?


“‘In and out’, it’s a very hard decision. It’s like the other day, my flatmate was making me a peppermint tea, and he said ‘would you like bag leaving in, or taken out?’ If you leave the bag in, on the whole the cup of tea itself will get stronger, and it might appear that the bag is getting weaker, but it’s now part of a stronger cup of tea. Whereas if you take the bag out, the tea’s now quite weak, but the bag itself goes directly in the bin.” - James Acaster


“I was surprised when people kept voting to keep Wagner on X Factor, and ever since then it’s never surprised me, our ability to mess up a vote.” - Alex Brooker


“A Brexit deal could take ten years. That’s not fair. Most of the people who voted for it could be dead by then.” - Gary Lineker


“Let’s get one thing clear, personally I in no way believe that all those who voted for Brexit are racist or stupid. People voted based on the information (albeit limited and misleading) put before them by politicians. We could just as easily have arrived at a result by counting belly buttons. Innies Vs Outies. Turns out we are a nation of outies.” - Sajeela Kershi


Hello, I am from Britain, you know, the one that got tricked by a bus. - Ahir Shah


“What’s driving Brexit? From here it looks like it’s probably the Duke of Edinburgh” – Milton Jones


That’s all for this week folks, but remember you can read the musings of The Grambler every week (well... most weeks) by going to the blog at www.thegrambler.com