Similarly, if you haven’t heard it, please listen to Geraldine’s moving radio interview which was on Radio Scotland.


Who remembers when you were a kid and you splooshed a bit of Fairy liquid (or, indeed, any other brand of washing up liquid; this blog is certainly not about product placement.) in the bath to make bubbles? [Uh oh. Hovis time. Cue New World Symphony - Ed.] Just me, then. We didn't have special bubble bath. None of your Matey, matey. It was washing up liquid or nothing. Well, not quite nothing... I recall my mother putting soap powder in on occasion... It was blibbing dangerous stuff, that. You couldn't stand up to get out, it was so slippery. Not recommended. Anyway, back to the plot [There's a plot? - Ed.] having had a splash about, it would be time to actually wash yourself... You had to make a good job of this as it would be your only bath for a week. So you take a bar of soap and a flannel and... What's happening? Where have all the bubbles gone? What sorcery is this?


Of course, once I went to secondary school [Bath? School? You're havering. - Ed.]... Bear with me... I studied chemistry and understood that soap neutralises detergent (the washing up liquid) and that was why the bubbles disappeared... Something like that.


So what has that got to do with this week's gramble? Not a lot other than I am going to give some very useful advice to you. Yes. Again. Two weeks running. Seriously. Real, actual, sage advice. Possibly.


It is with regard to the directive that we have been given to wash our hands regularly. Excellent advice especially at this time of an escalating pandemic. The trouble is, I have found that I am washing my hands at least a dozen times each day. Thus, the skin on my hands, what was left of it, was becoming dry and covered in hacks. My hands were also bloody sore, I can tell you.


Where is this leading, I hear you ask. [Yes. Where? - Ed.] Well, a few years back I stayed in a small b and b [Oh for goodness' sake! Now, where are we going? - Ed.] and there was no shower gel. [What! Nurse, I think it's time for his medication. - Ed.] Any road up, there was a bottle of hand wash, so I decided to use it when I was taking a shower. Oh dear. Bad move. You see, the detergent that is used in hand wash is a lot more concentrated than shower gel and has all sorts of additives to make it more abrasive. My entire body was stinging as if I had run naked through nettles. [Is that something you do, then? - Ed.]


I now come to the point of this week's gramble. [About time. - Ed.] For the past few days, I have been avoiding hand wash detergent and, instead, have resorted to using a bar of soap. Wright’s Coal Tar, actually. [No product placement? - Ed.] Guess what. The hacks have disappeared. My hands are no longer sore. So, my advice to you good folk out there in gramblerland is this. Avoid using hand wash to... erm... wash your hands. Use a bar of soap. Real soap; none of this ‘beauty bar’ nonsense. If it doesn’t say soap on the label, then it probably isn’t. Instead it is just detergent in a solid form. Basically, soap is far gentler on the skin than detergent. That’s the stuff to use.


I should point out that I am not being paid by the makers of Wright’s Coal Tar Soap to write this glowing testimony. Absolutely not. There will be no product placement in this blog... but if they want to bung a few bars my way, I wouldn’t say no. No, perish the thought, I would never promote a product in the hope of receiving the odd wee freebie. No. Never. Mind you...


Anyway, gramblerinis, remember this... detergent is great for cleaning... as long as it isn't used on the skin. Simple as that.


Have you all been keeping up to date with the government advice regarding the things you can and can’t do at this time of lockdown? Good, I’m glad to hear it.


One of the things that we were told at the start some five weeks ago was that anyone in lockdown could only leave the house for one hour’s exercise per day and should only go to shop once per week. Once per week. Got that? Why do I emphasise this point?


Yesterday there was a news item that a high-heid-yin of a well known supermarket was reporting that shopping habits had changed during the lockdown. Chiefs were surprised that people were resorting to a style of shopping that was popular many years ago and that they now did a single ‘big’ shop each week.


Now, I may not be the brightest button in the box but even I can spot the reason for that... or have I missed something? 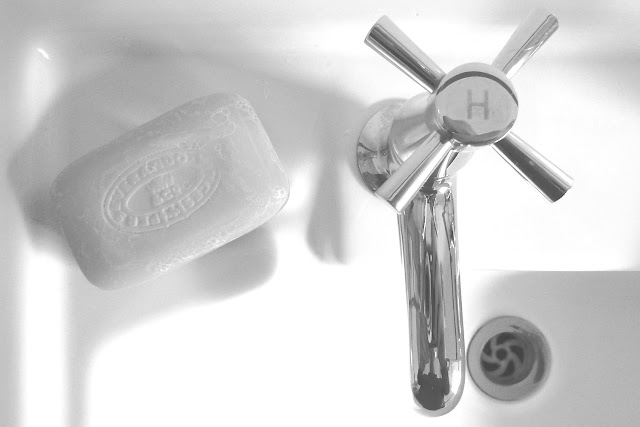 Remember this in your weekly shop

Once again, there is nothing for The Grambler to predict this week, so let’s move straight on to....
Teaser time. Yay! How did you get on with your five questions?
1. Who am I?
I was born on the 11th January 1987 in Sheffield and began my playing career at Sheffield Wednesday. I have been with my current club for eight years. Before turning professional I was a technician making medical splints. It has been reported that I do not use the gym and that I drink Red Bull energy drink. In 2015, it was possible to buy crisps with a flavour named in my honour.
Answer: It is obvious really. Jamie Vardy
2. Which Scottish club was formed in 2002 and entered the Second Division that year when its owners bought the assets of Clydebank F.C.
Answer: Airdrie United, later to regain use of the Airdrionians name.
3. Old Trafford has the highest capacity of any club’s stadium in Britain; which club stadium has the second-highest capacity?
Answer: Celtic Park
4. Who is this famous footballer? 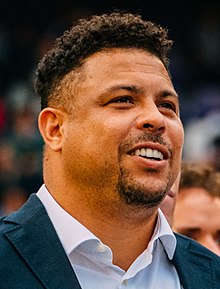 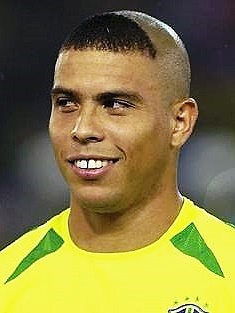 Answer: Ronaldo.  Better hairstyle now.
5. Sergio Aguero has scored more Premier League goals than any other player from the Americas; who is the next highest scorer?
Answer: Dwight Yorke (Trinidad & Tobago)
Five more? Here goes...
1. Who am I?
I was born on the 15th of June 1992. I started my senior career at Al Mokawloon. In the 2012 Olympics I was named CAF Most Promising African Talent of the year. My current club paid a then-club record of £36.9 million for me. The fans’ nickname for me is the Pharaoh.
2. What do the following clubs have in common?
Bristol City, Charlton Athletic, Cheltenham Town and Swindon Town.
3. France won the 1998 World Cup Final against Brazil 3 nil. France played the last 22 minutes with ten men; which player was red-carded?
4. Who was the first to receive the FIFA World Player of the Year award (1991)?
5. Which US player has scored the most Premier League goals?
There you go; five teasers to consider... without resorting to Googly.


And finally Cyril? And finally Esther, I am indebted to... well, it was going to be a parody of Donald Trump, but then he came away with all that sh... rubbish about drinking Domestos and I realised that he is funnier than the mickey takers. He can’t be for real. Inject disinfectant? He can’t possibly be that stupid... can he?
Any road up, here, instead, is a selection of sketches from Matt Berry. Why not. They do feature some naughty words, so if that offends you, then fu... [Stop right there. - Ed.] Ladeez and genullum, Matt Berry.

That’s all for this week folks, but remember you can read the musings of The Grambler every week (well, most weeks) by going to the blog at www.thegrambler.com where you can also catch up on any previous editions you may have missed.
Happy grambling.
Posted by The Grambler at 15:43