Week 17 - The Grambler's guide to warding off disease

Kids don’t eat enough sh*t. They are Arthur Smith’s words, not mine. In a week when it was reported that bacteria are becoming more resistant to an increasing number of antibiotics, I was reminded of Arthur’s wise words. I was also reminded of a song by the Verve, but that’s neither here nor there. He wasn’t advocating kids being forcefed poo, he was simply bemoaning the fact that nowadays kids are taught to be ultra clean and so are not building up any sort of resistance to bacteria. When I were a lad [Uh oh, Hovis time - Ed.] you were sent out to play and if you fell and got mucky, so be it. You didn’t carry a stock of wet-wipes or wet-ones around to clean off the dirt... not that there was such a thing as a wet-wipe in those halcyon days over half a century ago [Although a few kids might have dropped a wet one occasionally.  Ha! - Ed.].  If your hands got a bit mucky, you wiped them on your clothes. If the mud was caked on, you washed your hands in the nearest water available; usually a puddle. Then you wiped them on your clothes. When it was mealtimes, you weren’t told to wash your hands before you ate and, if you dropped any food on the floor (inside or outside), you picked it up and ate it. If you and your mates fancied a drink, there were always drinking fountains to use. The idea was always that you didn’t need to touch the actual faucet with your mouth but, of course, everybody did. If you and your pals could scrape together a few coppers, it was a treat to buy and share a bottle of lemonade, orangeade, limeade or cream soda. Oddly, we always called it ‘ginger’, no matter what flavour it was. Then you would each take a ‘slug’ out the bottle, thus sharing everyone’s germs. The only concession to hygiene was to give the bottle a wipe with your hand before taking a drink. You probably introduced more bacteria by giving it that wipe, but we didn’t realise it at the time.


What point am I making? Simply this. We probably ingested billions of bacteria every day without any ill effects. At the same time we were improving our chances of warding off disease. Nowadays, if a kid drops food what does he/she do? Give it a wipe and eat it? Nope. They chuck it in the bin. Children are taught to wash their hands every time there is any likelihood that they may have picked up a few germs. Out playing and you touch a plant? Wash hands. Outside and you fall? Wash hands. Going to the toilet? Wash hands. Before a meal, or any kind of food? Wash hands. Yes, it is right to be hygiene conscious, but, maybe it isn’t always the best thing for your health.


To finish, I am reminded of the time Mrs G and I took the grand nippers down to Blackpool for a few days (See Week 38 - We're grambling up the 'Pool ). One of the highlights of the break was the chance for them to do what kids have done at the beach since the earliest days of seaside holidays [What, peeing in the sea? - Ed.]. They went for a ride on a donkey. Off they went, led by the owner of this particular string of donkeys - there is probably a collective noun for a group of donkeys [A braying? - Ed.] but, as they were all roped together ‘string’ will have to do, should any pedants feel the urge to complain. The kids had a great five minutes, or however long the walk lasted, and when they got back to Mrs G and myself, if was wonderful to see how excited they were by such a simple treat. So we are all chattering away... ‘Did you enjoy that?’ ‘That was great!’ ‘My donkey was called Max’ ‘Can we go on again?’ etc. Another little boy who had also just been on a donkey, was equally excited and wanted to tell his mum all about it. What were her first words to him? ‘Did you enjoy that’ perhaps? No. Her first words to her excited little boy were, ‘Come and get your hands wiped with an anti-bacterial tissue.’ Those were her exact words; not wet-one or wet-wipe, but anti-bacterial tissue. I felt like shaking her and saying - ‘your son is really happy just now, it would be nice to share his enthusiasm.’ Anti-bacterial tissue, indeed.


Anyone in amongst that lot suitable for a bit of toon gramblerising? Yes indeedy. Mr Van Day, before the days when he ran his burger bar and before he was in the duo known as Dollar, he (and Dollar partner, Thereza Bazar) was in a vocal group called Guys and Dolls. Sorry, that’s wrong. Guys ’n’ Dolls. I find it so annoying; we are actually being told to pronounce something wrongly. It happens so often when we regularly pair things - fish ’n’ chips, salt ’n’ pepper. Gord ’n’ Bennett! Any road up, Guys ’n’ Dolls had a hit called There’s a Whole Lot of Loving which, I believe was a song used in an advert, although I can’t remember what product was being pushed [Not a very good advertisement, then. - Ed.]. It might have been crisps. Probably cheese ’n’ onion flavour. It happened a lot back in the day.

Let’s move on to grambling matters. Well, it had to change, didn’t it? Two weeks on the trot we made a profit, but last week it was back to normal. Oh yes, we won. Just not enough to recover the stake money. What happened? All is revealed below, fair reader...


Despite dominating for long periods the hosts failed to make a breakthrough.


Johnnie Jackson broke the deadlock for the visitors in the second half when he headed in a Tareiq Holmes Dennis cross.


A defensive error then saw Lucas Piazon put the Royals ahead before Danny ‘Moon River’ Williams fired low into the net from 25 yards.


Liam Feeney's 80th-minute penalty for Bolton made it 2-1 but the hosts held on.


Midfielder Kemar ‘Uponthe’ Roofe, scored a stunning 25-yard free-kick for his 11th goal of the season.


Daggers went close through captain Joss Labadie, whose half-volley from the edge of the box was palmed over.


Mathieu Baudry headed in goal number one and ‘Oh’ Jay Simpson scored before the Minstermen pulled one back when Bryn Morris deflected Vadaine Oliver's effort in.


Simpson drilled home to make it 3-1 before Oliver headed in late on, but Orient held on for the victory.


Peter Weatherson's left-foot strike swept past Arbroath goalkeeper Allan Fleming for his ninth of the season.


The hosts got their second when Smart Osadolor smashed in his eighth goal of the season.


The visitors replied through Robert Linn before he turned provider for Greg Rutherford to slot his shot into the bottom-right corner.

That was last week. What has The Grambler got up his/her/its metaphorical sleeve this week? Only 41 senior games for he/she/it to choose from as the lower Scottish division teams are involved in the third round of the Scottish Cup. So, of those 41 matches taking place at 3pm on Saturday the 28th of November, what five has The Grambler randomly selected?

The Grambler has gone for games from the English lower divisions today - Coventry - Doncaster from Division One (ie. three) and the rest from Division Two (ie. four). If the bets (10 x 20 pee doubles plus 1 x 20 pee accumulator) all go as predicted by The Grambler, the Bobby Moore Fund will benefit to the tune of… fanfare please…


Hooray, it’s teaser time. Last week I asked which was the only current Premiershit side never to have had a player called up for the England squad. The answer was, of course, Bournemouth. Too easy? Probably.


What about one for this week? There is a lot of talk of Leicester’s Jamie Vardy at the moment; last week, he equalled a Premiershit record by scoring in his tenth consecutive league game - Who does he share the accolade with? Bear in mind, that the record may be Vardy’s alone when I give you the answer to that one.


And finally, Cyril? And finally Esther, I am indebted to a Ms H. Lange for a delightful picture of her, wearing some very fetching headgear, taken back in 1949. 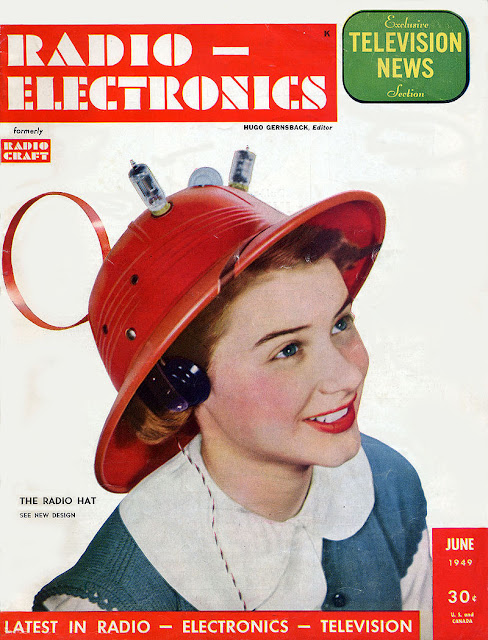 Proof, if proof were needed, that Hope Lange was never married to Dick Van Dyke.  ﻿