Week 36 - The Grambler and the three-legged dog

There was a story on the news this week of a military dog which, after losing a leg and suffering chest burns when sniffing out a roadside bomb, has been awarded the animal equivalent of a Victoria Cross. This irks me. Why? First reason: Lucca (for that is her name) would probably not have had her doggy bravery noted if she had not had her leg blown off. Dogs are employed by the military for these sorts of task because of their ability to ‘smell’ whatever they have been trained to sniff out. Agree? It strikes me that Lucca was not very good at her job if she got so close that the bomb she had spotted actually went off. Surely, if she was any good, she should have kept well away from it. Or am I just being cynical? [Yes, you are. - Ed.]


If, however, she had continued in service, sniffing out bombs without getting injured and getting a bonio for being a clever dog, she would have just been retired and nobody would have noted the fact that she had done such a sterling job. Make a mistake and get your leg blown off? Here, have a doggy VC and be on the news.


It’s all a bit daft anyway. Military honours are usually given to humans who at least understand why it is being given and can feel some pride when they receive such recognition. An animal has no understanding of such things. Lucca is probably a bit pissed off that she was given a daft bit of metal instead of a bonio.


Incidentally, the honour she received is called the PDSA Dickin medal (named in honour of the founder of the People’s Dispensary for Sick Animals, Maria Elisabeth Dickin) and Lucca is the 67th recipient. Since the medal was introduced in 1943 it has been awarded to 31 dogs, 32 WWII carrier pigeons, three horses and a cat.


The military have always been fond of animals [Steady... - Ed.] and many regiments have their ‘mascot’ [Phew. - Ed.]. These have ranged from polecats to horses with any manner of creature in between. Goats are very popular - The Royal Welsh Fusiliers had a goat [Sorry pardon excuse me? - Ed.] as their mascot as far back as the American War of Independence. Since that time, there have been several Billies - they have all been called Billy - and the current incumbent is a Billy, but he has a posh name too; He is William Windsor. Actually, it seems the regiment are mocking a member of the royal family; isn’t that classed as treason? Any road up, Billy even has a rank. He is a lance corporal. That means a goat has a higher rank than many of the soldiers! How mental is that? Does a fusilier have to address him as sir? Actually, a previous goat mascot lost his stripe and was demoted to fusilier after behaving badly on the parade ground. I assure you, I am not making this up. The goat handler even has a special rank: goat major. You may be interested to know [We’re not. - Ed.] the parachute regiment has as its mascot a shetland pony called Pegasus. Apt name, but I doubt if it can actually fly. I wonder if it gets parachuted out of the plane with them. I’ve heard of surprise attacks, but it really would be a shock if you saw a horse parachuting down towards you.

Onto the big football story of the week: Motherwell won their fifth game on the trot and sit fourth in the table. Woo hoo! [That isn’t the big story and you know it. - Ed.] Chelsea’s new boss will be Antonio Contes; the eleventh manager at Chelsea since Abramovich took control of the club in 2003. Hmm, not the best career choice, then. [Big, but still not the biggest. - Ed.] Leicester’s mayor has promised to rename the town’s streets in honour of the Foxes’ players if Leicester win the league... [Will you stop mucking about? You know which story is the biggest. - Ed.] All right. Apparently a team called Rangers is being promoted from the Scottish Championship (2nd division in old money) to the Scottish Premiership (Division one as was). Happy now?

Any birthdays to celebrate this Saturday, the 9th of April? As wacky Icelandic chanter Bjork once said, possibly maybe. Isembard Kingdom Brunel 1806 (Engineer who liked to think ‘bigger is better’. His railway had a gauge of 7 feet as opposed to every other rail engineers’ 4 feet 8 inches. His ship ‘The Great Eastern’ was bigger than any vessel yet built. Sadly, bigger is better also applied to the cost of such feats of engineering skill; every job cost many times the original estimate.), Paul Robeson 1898 (‘As an artist I come to sing, but as a citizen, I will always speak for peace, and no one can silence me in this.’), Ward Bond 1903 (Bert the cop in ‘It’s a Wonderful Life’.), Hugh Gaitskell 1906 (Not a fan of the EEC - ‘It does mean, if this is the idea, the end of Britain as an independent European state...it means the end of a thousand years of history’.), Robert Helpmann 1909 (The Child molest... sorry... catcher from Chitty Chitty Bang Bang.), Brad Dexter 1917 (The member of ‘The Magnificent Seven’ that no one seems to remember.), Alex Moulton 1920 (Developed various suspension systems for BMC cars such as the Mini, 1100, Maxi and 1800... Oh, and the Allegro. Nobody’s perfect.), Hugh Hefner 1926 (Dirty old man.), Gerry Fitt 1926 (Actually, he wasn’t.), Tom Lehrer 1928 (‘Political satire became obsolete when they awarded Henry Kissinger the Nobel Peace Prize.’), Carl Perkins 1932 (Nice shoes, Carl.), Jean-Paul Belmondo 1933 (Trivia: he supports Paris Saint-Germain.), Valerie Singleton 1937 (Here’s one I made earlier.), Hannah Gordon 1941 (Starred in possibly the most contrived sitcom ever - My Wife Next Door - about a divorced couple who buy houses next door to each other... with hilarious consequences, it says here.), Alan Knott 1946 (crickety wickety keepery bloke.), Les Gray 1946 (He preferred women who had feet resembling those of a panthera tigris.), Ian Duncan-Smith 1954 (Conservative MP with a conscience. [Must be some mistake. - Ed.]), Severiano Ballesteros 1957 (Golfy bloke who actually made it interesting.) and Robbie Fowler 1975 (Footy bloke. Trivia: he is the sixth highest scorer in the Premier League... That means he scored lots of goals, not that he was incredibly tall. 162 goals in total.).


The Eagles went in front when Damien Delaney headed into the net from close range after a mistake from Adrian.


Ten-man Burton scored a late equaliser in an action-packed game against Bury.


The visitors did well to compete with high-flying Burton, before Hamza Choudhury received a second yellow card for a late tackle.


Burton pushed numbers forward and were rewarded when substitute Tyler Walker scored his first goal for the club with a back-heel to equalise in injury time.


Dale led a thrilling game full of chances through a volleyed effort from Callum Camps just before the break.


Rovers hit back with Mitchell Lund scoring from close range and Andy Butler netting with a looping finish.


But the visitors had Craig Alcock sent off for a second caution in the 91st minute and Niall Canavan levelled in the sixth of seven minutes of injury time.


The visitors pressured their in-form hosts and were rewarded when they took the lead with a fortuitous goal.


The home side grabbed a vital equaliser when on-loan winger Tariqe Fosu found the bottom corner from 10 yards after a quick breakaway.


Darren Lavery came close for the visitors either side of half-time, but had a header saved before firing a long-range effort wide.


Shire struck back unsuccessfully with chances of their own through Michael McMullin and Kristopher Faulds.

Blimey! Five draws! As Harry Hill would say, what are the chances of that happening? Sadly, it meant that The Grambler gave us a return of exactly zilch. Oh well, maybe this week he/she/it will hit the jackpot. [Oh look, a flying pig. - Ed.]


This Saturday the 9th of April there are 66 games in the English and Scottish senior leagues kicking off at 3pm. Which five has The Grambler randomly selected?

Teaser time. Yay! Last week I asked you what first was Arsenal’s 1927 match against Sheffield United known for. A dead easy one this. It was the first match to be broadcast live on the radio.


One for this week? There was a Scotsman, a Frenchman and a Spaniard... No it isn’t the start of a joke. Three non-English managers have won the UEFA/Europa League Cup with English clubs, can you name them? One for the folk down the pub. 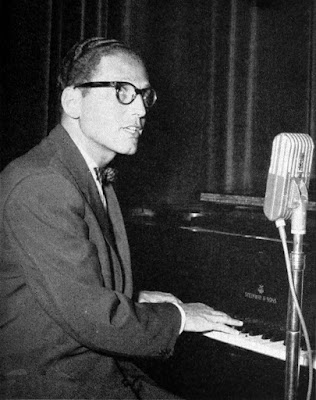