Hello grambling chums. I imagine you have all been wondering where your favourite ill-informed blog has been these past few weeks. Oh, you haven't. Well, you should have been.


I've been on holiday. [Really? How very boring. Sorry, meant interesting. - Ed.] I'm sure you are all desperate to know where I went... No? Well, I'm going to tell you anyway.


Here's a clue. Take it away Messrs Peter, Paul and Mary... I'm leaving on a jet plane, don't know when I'll be back again...


Have you guessed? Yes, Mrs G and I have been on a ship. Across the Atlantic. Again. I do enjoy travelling in what is basically a posh hotel. I like being referred to as sir when I sit down for dinner instead of the over-familiar ‘guys’ which seems to be the norm these days. Call me a snob [You're a snob. - Ed.] ...Thank you... but why not.


Five days at sea and do you know what I saw? The sea. Nothing else. No other ships. Not one. Absolutely not a thing did I see. I tell a lie; I saw some flying fish. But that was it. No other sign of life, just horizon to horizon water.


This set me thinking. On the plane coming home from the Caribbean, we were given the usual safety drill. You know the sort of thing... please adopt the brace position in the event of the plane plummeting to earth resulting in 100 per cent loss of life, so that your teeth remain intact for identification when your mangled corpse is recovered from the wreckage. I have never quite understood that one. I agree with Paul Merton; if you can't be identified, how on earth are they going to find out who your dentist is?


Any road up, back to that safety drill. The last part of the instruction is how you put your life jacket on. Yes, a life jacket could be a life saver if your plane comes down at sea... even though it is unlikely to remain attached to your body as you drop into the water at 9.81 metres per second (one of the few facts I remember from my physics lessons at school). The final detail? It is equipped with a little light and, of all things, a whistle to attract attention. Now, let's consider that sea journey I was on... Nothing for hundreds of miles in all directions.


Looking for assistance? You can whistle for it, mate. 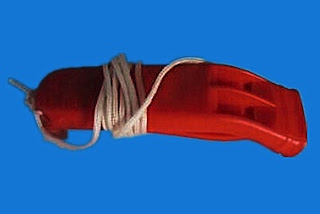 Were any famous or notorious people born on the 17th of November? Of course, here are some I’ve even heard of. August Möbius 1790 (Mathemetician. Famous for his strip.), Bernard Montgomery 1887 (The well-known field-marshal.), Lee Strasberg 1901 (Actor. Famous for his method.), Soichiro Honda 1906 (Founder of the motor manufacturing company which bears his name. Here’s a factoid for you. VW produced 21.5 million Type 1 ‘Beetles’; a huge amount. However, that figure is but a trifle when you learn that on the 19th of October 2017, Honda produced its 100 millionth ‘Super Cub’ motorcycle. It, more than any other vehicle, has provided - and continues to provide - transport for the masses.), Roy Scherer 1925 (Who? He was an actor better known as Rock Hudson.), Fenella Fielding 1927 (Comedy actress.), Peter Cook 1937 (Satirist.), Auberon Waugh 1939 (Writer. Son of Evelyn.), Bob Gaudio 1942 (A Season. With the three others, had a string of hits beginning with this one which he also wrote.  All together now... She-erry...), Martin Scorsese 1942 (Film maker.), Lauren Hutton 1943 (Clothes horse and actress.), Gene Clark 1944 (A Byrd.  He wrote this one.  Those dancers are giving it all they’ve got, aren’t they?*), Danny DeVito 1944 (Actor.), Roland Joffé 1945 (Film director.), Martin Lancelot Barre 1946 (Geetarist with Jethro Tull from 1969 through to 2012. A clip of him at work? Why not.  Here is a Minstrel in the Gallery.  The sound quality isn’t the best. Sorry about that.), Rod Clements 1947 (Musician. A bit of Lindisfarne. He co-wrote this one that all you old folkers might remember.), Jack Vettriano 1951 (Artist, it says here.), Peter Cox 1955 (Singer with Go West before they went west. Here they are closing their eyes.), Jim McGovern 1956 (Politician.), Jonathan Ross 1960 (How do I categorise someone whose only attribute seems to be that he can talk? A lot. And quickly.), RuPaul 1960 (Drag queen.) and Jeff Buckley 1966 (Musician. A clip? Here’s a nice toon... Last Goodbye.).


* Would you like to hear about a spooky moment? You know I have mentioned the odd spooky moment or two before, well, here is one relating to this very clip. I began compiling this ‘birthday honours’ list on Wednesday. When I got to Gene Clark, I thought that I would give you a link to a Byrds’ classic such as Mr Tambourine Man or Eight Miles High. However, I happened upon the song I’ll Feel a Whole Lot Better and, although I had never heard of the song, I thought it might be apt since it was penned by Mr Clark, so that was the one I selected.


Fast forward now to Thursday afternoon. I was in the kitchen preparing dinner. What? Macaroni cheese, if you must know. Any road up, I decided to switch on the radio. There was some soprano giving it laldy on Radio 3 and Radio 4 was just blanket Brexit coverage, so I switched to Radio 6 Music.


I almost spilt my cheese sauce when I heard what tune was playing. Yep. I’ll Feel a Whole Lot Better by the Byrds.  A teensy bit eerie, I can tell you.


It was lovely of you to give a link to a lovely song by that lovely band, the Four Seasons. I’ve always loved them. They were always more popular in the US than here in the lovely UK, but I do remember them having a couple of top ten hits here after the lovely Sherry. One was the lovely Rag Doll, but I can’t remember the next, though I’m sure it was lovely. Can you help?


Yours with lots of lovely love,

Let’s move onto grambling matters. Well, it was a few weeks ago, so I won’t go into detail about results. Suffice to say, our last bet won. Honest. Nae kidding. Gen up. All five matches went as predicted by The Grambler. We raked in an admirable £9.66 for the Bobby Moore Fund. Woo hoo!


Shall we see what The Grambler has predicted for us this week? Yes, let’s.

Is that whopping? Not really.

Teaser time. Yay! Last time I asked you consider some names: Mike England, Stephen Ireland, Jason Scotland and Don Welsh. All internationalists, I told you, but only one of the four played for the country indicated by his surname. Could you spot him? Of course you could; it was Stephen Ireland.


One for this week? Indeed. Two questions in one. Which team was eliminated from the 2018 World Cup because of which new means of selection? Hmm.


And finally, Cyril? And finally, Esther, I am indebted to a Mr P. Cook who appears in this week’s birthday list. Yes, I know I have given you links to his work before in this august blog. Who can forget Super-thunder-sting-car, or his judge summing up in the Jeremy Thrope case? [I can and have. - Ed.] Both of these Peter Cook gems have appeared in previous editions. I don’t apologise for giving you yet another clip. I loved much of his work, though I could never forgive him for his and Dud’s creations Derek and Clive. Yes, it brought his comedy to a whole new audience as students latched onto this X certificated album of filth, but I felt it was a dreadful waste of his talent. And he was talented. Incredibly. Even as a student, his material was considered to be far superior to other students’ ideas of what was funny. So, to finish, here is a clip from the 1979 Secret Policeman’s Ball in which he recreates one of his student sketches with John Cleese struggling to keep a straight straight-man face. Ladeez and genullum, please enjoy some interesting facts.