I am becoming increasingly miffed that Americanisms are creeping into everyday talk here in the old country.


Shoot! Whut you talking bout bro, I hear you ask. Well, here are some examples.


Because so many tv programme providers originate in America, when people refer to a series of programmes, they now seem to say season rather than series. And that bugs me. Why should it, I hear you ask. Simply, I feel that season suggests something that happens year in and year out. Sadly, that is the case with American programming; if a programme is successful, it will be continued until people get fed up with it, whether the quality of the show has been maintained or not. Generally, the quality is no longer there. Basically, an idea is milked dry and then some. Think Last of the Summer Wine here in the UK, a programme which ran well beyond its sell by date. Mind you, it did provide employment for many over the hill comedy actors. Still Open All Hours seems to have taken on that role of late. Any road up, the point is that, in America, it is expected that a programme will return year after year, so the use of the word season is apt. In Britain, there might be three series and no more; how the fu... How can each series be called a season?


Movie for film is another that bothers me.


Butt. That's another one I can't stand. It seems to be used an awful lot these days. What's wrong with bum, backside or good old arse? When did this butt nonsense start? At least we haven't started calling it a fanny, as they do over in the good old us of a. I nearly fell off my seat when I first heard someone describe what we would call a bum bag, as a fanny pack.


Speaking of go... don't stop me now, I'm on a roll... I hear people talking about the start of something being the 'get go'. To me, that is just meaningless drivel. What is wrong with a proper word... beginning, that makes some sense? Get go? Utter nonsense.


Nine eleven. That's another one that has been used and overused since the attack on the twin tower buildings in new York. It happened on the eleventh of September, not the ninth of November... Honestly, some people!


Elevator for lift is another I've heard. Call me old fashioned [You're old fashioned. - Ed.]... thanks... but I just don't want such words in our language.
Poor grammar seems to feature as well. When I ask someone how they are, I am not wishing to know if they are good. Good at what? The answer required is that they are well or unwell, not good or bad. I am enquiring about your health; I couldn't give a monkey's about your behaviour.


Business people seem to have picked up on Americanisms in a big way. One expression that I have heard reasonably normal people use is touch base. Sorry pardon excuse me? Touch base? Sounds too close to touch cloth for my liking. They will say, 'We'll touch base soon.' What they mean is, we'll meet and talk. Why can't they just say that.


British people calling our currency bucks is another that I can't abide. We use pounds sterling not bucks. And we've got enough decent slang terms of our own without borrowing the slang for dollar. Smacker, nicker, and my own favourite quids are all there without resorting to U.S. terms.


How long have you been reading this? A half hour? I hope not. It's half an hour, all right?


Where do you go for a meal out? Hopefully, you go to a restaurant and not the horrible sounding eaterie.


Here's another one. Issues. Nobody has problems these days; instead, they have issues. I'm sorry, I just don't get that one.


Thankfully, there are some words which haven't crossed the Atlantic yet. Not quite...


Why do Americans say alternate when they clearly mean alternative? To me, alternate is to move back and forth between two things. Alternating current, for example. The clues are there, American people.


And what is expiration all about? It's expiry for crying out loud.


Math for the shortening of mathematics. The s on the end of the word suggests a plural so maths seems eminently preferable. To old grumpy here Anyway.


Pronunciation is also becoming a bit of a peeve of mine. Over here in dear old Blighty we have begun to pronounce words the same way as they do in America...


Schedule is one that annoys me when people pronounce it skedule instead of shedule.


Lieutenant is another that gets on my wick. So many young people pronounce it as loo tenant [Someone who lives in a bathroom? - Ed.] Ahem... instead of the correct leftenant. Although I have no idea why that pronunciation was ever adopted in English in the first place, as the word obviously comes from the French. We don't say lef when we mean lieu, do we?


Talking of French words do you play the old party game of charades? How do you pronounce the word? [You don't pronounce anything; it's a game of mime. -Ed.] Ahem, where was I? Do you pronounce it charades as in shades or as in cards. You see, again, many are adopting the American 'ades' pronunciation.


Debris with the emphasis on the bris rather than the deb is another.


How long till people in Britain start saying leisure as lee instead of le? Talking of faucets instead of taps? Soda instead of fizzy drink? The list would seem to be endless.


So there you have it; a right old belly ache (grumble) from A for automobile (car) to Z for erm... zee (zed).


How nice to hear Yvonne Elliman again. We are three fans who enjoyed her music back in the seventies. We know If I Can’t Have You was her only top ten hit in the UK, but can’t recall what her next best performing song was. Can you help?

Let’s move onto grambling matters. What happened last week? We got a little money back, though not enough to recoup all our stake money. £2.14 back, so a loss of six pees. I won’t bore you with the details, let’s just move on to this week’s games. What has The Grambler randomly predicted for us this week?

Teaser time. Yay! Last week I asked you which Premiershit club has the smallest capacity at only 11,329. The answer is Bournemouth, or Athletic Football Club Bournemouth to give it its full Sunday name.


One for this week? Which striker scored the first hat-trick of the 2018/19 Premier League season? A secondary question: which club did he score it against? Easy peasy?


And finally Cyril? And finally, Esther, I believe congratulations are due to Sir Michael Palin and Dame Twiggy. Well done on living long enough to get a gong. It is only right that we should end with a clip featuring Sir Michael from way, way back. Ladeez and genullum, enjoy The Fish Slapping Dance. 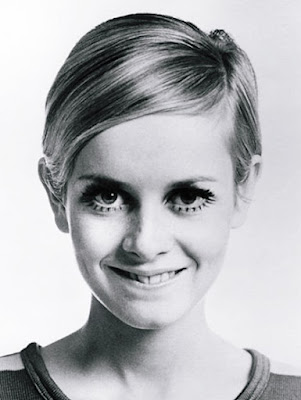