This coming weekend I am going out with a group of people and have drawn the short straw; I am the designated driver. I'm not bothered about that. What does bother me is the lack of choice when it comes to something to drink.


I really do not enjoy fizzy soft drinks. I don't mind a fresh orange, but could only drink one. And you can only drink so many coffees before palpitations set in.


So huzzah for the low alcohol beers on sale nowadays.


I've mentioned Becks Blue and Tennent's Hee Haw in this august publication before. Other brewers are realising that low alcohol beer sells. Erdinger produces a very palatable lager substitute. The only problem with it would appear to be the amount of co2 gas contained in a bottle. It really is fizzier than champagne. Unlike champagne, the bubbles take an age to subside. I learned this to my cost the first time I tried to pour myself a glass. The glass had about an inch of liquid in it but the foam reached to the top and beyond... things might have been okay if the table on which the glass was sitting had been level; I did apologise for the wet floor, although I got some odd looks from folk as they spied the amber coloured liquid between my feet.


The next time I took this particular beverage, I made sure to pour it slowly and with the glass angled as far as I dared tilt it. Much safer... and less embarrassing.


Any road up, where is all this non alcoholic drivel leading, I hear you ask.


I was in a Lid... a Dill supermarket the other day and I spied that they sold a low alcohol beer going by the lovely name of Nanny State. Aha, I thought. Or it might have been oho. No, it was definitely aha. That is exactly what I need for my night out. Four bottles were soon clinking about in my shopping trolley.


Presently, I headed for the checkout and, as it was nice and early, there was no queue. The guy at the till put most of my shopping through without problems. Then came those bottles of faux brew...


He asked someone else in the store why this had happened.


A little confused, I asked why not.


That is the ruling in Scotland. Shops aren't allowed to sell booze before that time. And despite this beer being sold as an alternative to alcoholic ale, it was still designated as an alcoholic beverage. Why not selling booze before 10 am makes any difference to anything at all, I don't know. It does, however, explain why at 9.50 every morning Douglas, the local inebriate, can be seen hanging around the local supermarket.


I went back into the same store a couple of days later (after 10 o'clock this time) to purchase my non booze booze and happened to pass by the fizzy drinks aisle. They sold shandy. This, you could apparently buy at any time of the day... even though it had twice the alcohol content of the low alcohol beer.


Honestly! It's enough to drive you to drink! 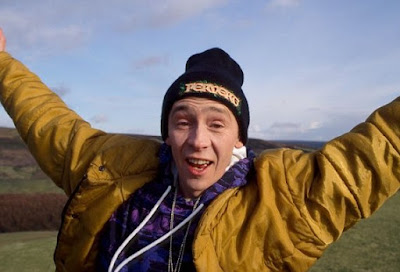 
It was so good to hear a track from that much underrated band Sweet. The song you gave a link to, as well as being the name of a children’s TV quiz show and a video rental shop, was the band’s only UK number one. Their next single peaked at number two, can you remember its title?


Yours with kisses on the bottom,

Let’s move onto grambling matters. What happened last week? Oh dear, not good. 74 pees back from an outlay of £2.20 is poor. What happened? Read on...

Bolton vs Norwich - Prediction Away win


Teemu Pukki scored twice and bookended a superb display from Norwich. The striker turned provider in between to set up Marco Stiepermann, with Emi Buendia also on the mark.


A dominant Norwich performance was marred only by Kenny McLean seeing his second-half penalty saved by Remi Matthews after Pukki was fouled by Mark Beevers.

Ipswich vs Stoke - Prediction Away win


James McClean opened the scoring for the visitors after a mix-up in the hosts' defence saw Jonas Knudsen head a backpass beyond goalkeeper Bartosz Bialkowski for an easy tap-in.


Alan Judge nearly equalised straight after the restart as his free-kick from 25 yards was tipped on to the crossbar by Jack Butland.

Fleetwood vs Luton - Prediction Away win


George Moncur and Pelly Ruddock scored either side of half-time to leave the Hatters in control, with Paddy Madden pulling a late goal back for the hosts.


It was a physical affair but with the challenges flying in and yellow cards thrown around like confetti by referee Peter Banks.


Both sides were guilty of wasting their dead balls and Luton's counter-attack was maintained for the majority of the half.


Moncur scored a goal worthy of winning any match in this division, smashing a free-kick into the top corner in the 41st minute.


Fleetwood's chance of earning points after conceding first was all but put to bed moments into the second half when Ruddock curled in from 20 yards.


They did set up a nervy finish when Madden rifled home in the 90th minute, but Luton held on.

Macclesfield vs Colchester - Prediction Away win


Clear-cut chances were few and far between, but Macclesfield deservedly took the lead moments before half-time.


Scott Wilson played a neat through ball for strike partner Harry Smith and when he played it back into his path, Wilson rasped a first-time finish past Rene Gilmartin.


Second-best before the break, Colchester's best chance came from a corner which ricocheted off a crowd of bodies, but Macclesfield keeper Kieran O'Hara reacted well to push it over the bar.


However, it took the U's just a minute of the second half to get back on terms.


Courtney Senior's determined charge into the box was ended by Brice Ntambwe's clumsy shove, which allowed Frank Nouble to equalise from the spot.


Though Reece Cole hit the bar for the hosts, the visitors were far stronger in the second period but also struggled to find a breakthrough and had to settle for a point.

Morton vs Ayr - Prediction Away win


Charlie Telfer's blocked effort after a nice passage of play was the hosts' best opportunity.


The action was more drab in the second half, but Ayr's Lawrence Shankland did hit the foot of the post late on.

What a shame about those three draws. Ho hum. What has The Grambler randomly predicted for us this week?

Teaser time. Yay! Last week I asked you which former Manchester United striker finished with five goals for his country Uruguay in the 2010 World Cup finals. The answer was Diego Forlan. He was Uruguay’s all-time leading goalscorer from 2011 until just two years later when a young whippersnapper called Luis Suárez assumed the title.


One for this week? How about this? It concerns football ground capacities. What League one team plays in a stadium which has a bigger capacity than the grounds of all Championship sides? Easy peasy?


And finally Cyril? And finally, Esther, since this week’s (g)ramble concerned alcohol, a drink-themed finisher is called for and I am indebted to a Mr E. Mail who sent me the following tale. I would like to assure you readers that, while I find the story amusing, I would never condone such behaviour. Drinking and driving is wrong. [My thoughtsh eggshactly. You might shpill shome. Hic! It’sh been a tough week. - Ed.]


A police car is waiting near a pub car park at closing time.


The car park is full. As they watch, a very drunk-looking man emerges from the pub and heads for his car. The policemen decide to watch what happens.


The man struggles to find his keys in his pocket and, when he finally locates them, drops them to the ground. He then bends to pick them up and ends up on his knees to look for them.


Meanwhile, other people are coming out of the pub and soon the car park is empty apart from this one guy who finally finds his keys and, after a few tries, manages to get into his car. After a while, he manages to start the car.


The police can't believe their eyes as the car leaps forward before stalling, then, when the engine is started again, reverse gear is selected and the car almost hits a fence.


After observing all these shenanigans, the policemen decide enough is enough and walk over to the car and open the driver's door.


To their surprise, the driver appears to be stone cold sober and when they breathalyze him, the reading is negative.


They are totally flummoxed...


'I'm sorry for stopping you like this sir, but your behaviour did suggest that you were not entirely sober. You may go... but could you explain your erratic behaviour when you left the pub?'


Boom and, without a shadow of a doubt, tish!