Apologies for there being no edition of your favourite ill-informed blog last week, I was away with Mrs G for a short holiday. What? Oh yes, we enjoyed it very much, thanks for asking. [I hadn’t even realised you didn’t publish the blog... Shows how much notice I take. - Ed.]


We went to Krakow in Poland. As with so many European cities, it is steeped in history; the most obvious historical reference is the treatment of the Polish Jews at the hands of the Nazis during WWII.


This being a less than serious blog, I would be better to avoid the worst atrocity this world has seen in recent times and stick with lighter fayre... such as being ripped off by a taxi driver. Again.


Anyone who has been a reader of the world’s greatest ill-informed blog since its early days might recall an article I wrote about being conned in Barcelona some years back. On that occasion the driver in question drove us for what seemed like half an hour before depositing us exactly 50 yards from the point we had set off from. We didn’t realise that we had been duped until the next day and we vowed to be more careful in future.


So how did we get stung again? Pull up a chair and I’ll tell ee...


We had asked the receptionist at our small, but friendly, hotel [What is this? Trip Advisor? - Ed.] to book us a taxi to take us to a restaurant for our evening meal. The driver arrived on time and drove us to a point very close to the restaurant in question. He had to take a wee detour here and there to avoid roadworks and pedestrianised areas. Fair enough. He had got us where we wanted to go, so, no problem with that. He then charged us 12 zloty. How much is that, I hear you ask. Well, the current exchange rate is something like four and a half zloty to the pound, so we were charged approximately £2.65 for our journey. Don’t tell me you are moaning about that, I hear you protest. No, I was perfectly happy with that. Indeed, he received a sizeable tip... mainly because he had a pretty decent radio station playing some good music. I didn’t expect to be listening to Rush in Poland.


Any road up, our evening had started well and the food in the restaurant was enjoyable. There was even some traditional Polish entertainment thrown in. We had a great night.


However, our evening was about to take a bit of a nosedive.


In hindsight, we should have arranged for the proprietor of the restaurant to organise a taxi to take us back to our hotel. Instead, we just headed to the nearest taxi rank and got into the first cab.


Rule one: do not get into a taxi where you have trouble trying to make the driver understand where you want to go. He spoke no English and we, being Brits abroad, had made no attempt to learn the language of the country where we found ourselves.


Rule two: do not get into a taxi where the driver hides his meter from view before he sets off.


The journey from hotel to restaurant had taken no more than ten minutes, even with the various detours. On the journey back, this guy went down all kinds of narrow alleyways. I assumed that he was doing this to avoid the roadworks but, when I spotted that he had been within a block of our hotel before he turned down another alley in the opposite direction, I realised we were (literally) being taken for a ride. After ten minutes we were still being driven up and down narrow alleyways. He eventually stopped and shrugged before pointing in the general direction of our hotel.


I was not happy. He gave the impression that he didn’t know the place we were staying. Given that we had to find our way from that point, possibly even needing to get another taxi, I offered him 10 zloty. He shook his head angrily and said that it cost 40 zloty (So, he could speak English, after all.). Sorry pardon excuse me? A taxi door-to-door costs 12 zloty and a taxi from door-to-god-knows-where costs 40? I don’t think so matey. I’m not sure if his English was of a standard to understand the terms ‘on your bike’, ‘rip-off merchant’ and ‘conman’ but, having got those off my chest, I gave him 20 zloty and got out of the cab.


It dawned on me after the event that he might well have locked the doors with me in the car and driven to the nearest polis station. It could have cost me a lot more than 40 zloty in fines.


I think it didn’t end that way because the driver knew he was in the wrong and feared for his licence.


Was that the end of our escapade? Not quite. As I said, we were dropped off somewhere we didn’t know; we now had to find our way to the hotel. We went into a nearby takeaway-shop to ask for directions, expecting to have to order another taxi. The girl who worked there spoke reasonable English and promptly took her mobile phone and checked our location. She reckoned we were very close, although she hadn’t actually heard of the hotel where we were staying... but we were definitely very near... ooh, only two minutes, maybe seven (?)


We stepped out of the shop and looked across the road... Hang on, isn’t that the cake shop immediately opposite our hotel? Yup, we were about two doors away from our destination.


Maybe I was a bit hard on that taxi driver... He was still a rip-off merchant, though.


Thanks for including the Steve Jones and Paul Cook track Silly Thing in this week’s selection of links. We are both big fans of the Sex Pistols and have a little teaser for you. What was the first Sex Pistols song to chart, reaching number 38 in 1976?

Let’s move onto grambling matters. What happened with the last bet we had? It was a complete and utter waste of time. Did it lose? No. Did it win? No. The return was exactly the same as the stake money. £2.40. As I said, a waste of time.


Shall we try again? What has The Grambler come up with this week? What randomly selected predictions are we going to get? Let us see...

Teaser time. Yay! Last time I asked you which Liverpool manager had been the most successful in Europe. The answer was Bob Paisley who presided over three European Cup wins. Incidentally, the other managers (with one trophy each) were Joe Fagan, Gerard Houllier and, of course, Herr Klopp.


One for this week? Here is an oddity. Which player has been the most used substitute in the Premier League? Hmm... very interesting.


And finally Cyril? And finally, Esther, it is a very special anniversary today. It is exactly 50 years since Messrs Armstrong and Aldrin stepped onto to moon with the memorable (and obviously planned) words ‘A small step for man, but a giant leap for mankind.’ What a pity Neil fluffed his lines and forgot the ‘a’ before the word man.


I thought something to mark the occasion should end this week’s edition of your favourite ill-informed blog. A song perhaps. Something to do with the Moon... Walking on the Moon? Everyone’s Gone to the Moon? Fly me to... No. None of these. One of my favourite bands, then and now, came up with a song to mark the occasion. However, Ian Anderson, Jethro Tull’s writer-in-chief, commemorated the event from a slightly different angle. Ladeez and genullum, I give you For Michael Collins, Jeffrey and Me complete with lyrics. 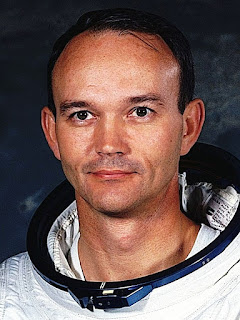