Before I begin this week's (g)ramble, please remember that this is not a serious blog, giving factual information that you should consider acting upon.  So, if you are given any advice which is... let's say... a bit on the dodgy side, just ignore it.  Okay?  Good.  Now I've got that out of the way...

I shouldn't really tell you about this, and I definitely wouldn't try it, but it is possible to go into a certain public house/restaurant which is part of a large chain whose name I would rather not say... Let's call it Weather-forks... and obtain a cup of tea or coffee without paying for it. How so, I hear you ask. Pull up a chair and I'll tell ee...


If you go into one of these establishments and ask for a cup of tea or coffee, you pay your money over and are given an empty mug so that you can get your own drink. They also welcome you going back for a second cup, if you wish. [Ah, I see; a free cuppa. - Ed.] True; but it is actually possible to avoid even paying for that first cup.


For this scam... and it is a scam... to work, go into the pub when it is busy and the staff are too busy to clear the tables... It happens a lot. There are bound to be used mugs on some tables. Simply lift one, take it to the loo to give it a good wash and then help yourself to a coffee. Or why not avoid using a cup already contaminated by someone else and simply bring your own?


[That is theft! I cannot believe you are giving tips on how to steal. Shocked, I am. - Ed.]


Actually, I wouldn't ever do such a thing. It is just an observation I have made while I am here in a pretty crowded Weather-forks. I have simply noticed that, in such an environment, if anyone were so-minded, they could diddle them out of a cuppa.


You would have to be very down-on-your-luck to even consider doing it. I mean, their tea and coffee are as cheap as chips. [It must be a while since you bought chips. Three quid for a bag of the things? Flipping extortion! - Ed.]


Ahem... no, I am not advocating theft. Definitely not. Perish the thought... Mind you, there is a blibbing long queue at the bar just now. I only want a cup of coffee... hmm... I wonder... 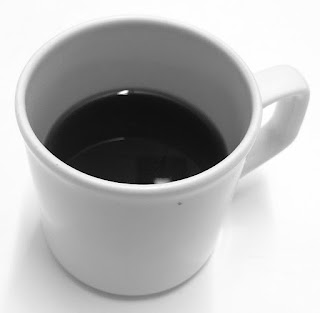 I paid for this.  Honest.


Let’s move on to the birthday honours, shall we? Were any famous or notorius individuals born on the 9th of November? Of course there were; here are some I’ve actually heard of. George II 1683 (The well-known king. This was written for his coronation in 1727 and has been used at every British coronation since, including the next bloke’s.), Edward VII 1841 (Another well-known king. Liked the ladies. A lot.), Marie Dressler 1868 (Actress who starred in the first full-length film comedy Tillie’s Punctured Romance.), Giles Gilbert Scott 1880 (Architect. Designed a... no, not a... the telephone box.), Edna May Oliver 1883 (Actress. If ever a pre-war American film required a tart-tongued, waspish spinster, she seemed to get the gig.), Ed Wynn 1886 (Actor. A Disney stalwart in his later years. He voiced the Mad Hatter in Alice in Wonderland. He also played Uncle Albert in Murry Pappuns.), Anthony Askwith 1902 (Director of posh films don’t-cha-know.), Hedy Lamarr 1914 (Actress who invented ‘frequency hopping spread spectrum technology’ in WWII as a radio-guidance system for allied torpedoes which could be used without threat of jamming by the Axis powers. It wasn’t utilised at the time but it provided the basis for bluetooth technology and wi-fi. Not just a gorgeous face.), Spiro Agnew 1918 (The well-known vice-president. Resigned with Tricky Dicky at the time of the Watergate scandal.), Dorothy Dandridge 1922 (Actress and singer. Here she is in a 1942 clip singing Cow Cow Boogie.), Carl Sagan 1934 (Astronomer and author.), Mary Travers 1936 (Part of folk trio Peter, Paul and Mary [Which one was she? - Ed.] Here they are hammering away.), Roger McGough 1937 (A third of Scaffold and poet.), David Constant 1941 (Crickety bloke.), Tom Fogerty 1941 (A bit of Creedence Clearwater Revival. Time for a clip.  All together now... Left a good job in the city...), Tom Weiskopf 1942 (Golfy bloke.), Phil May 1944 (A Pretty Thing. Time for a clip.  Here's Midnight to Six Man.), Luiz Felipe Scolare 1948 (Cara de futebol.), Lou Ferrigno 1951 (The original Incredible Hulk.), Jill Dando 1961 (The people’s presenter.), Bryn Terfel 1965 (Singer isn’t it. Have a bit of culture look you. , David Duval 1971 (Golfy bloke.) and Gareth Malone 1975 (Choirmaster.).


We are huge fans of the folk singing group, Peter, Paul and Mary. They used to sing protest-type folk songs like the one you gave us as a clip, as well as some whimsical songs such as Puff, the Magic Dragon. They rarely entered the British charts with their songs but, in 1969, they reached number two with a song penned by John Denver; can you recall the name of it?


Yours with kisses on the bottom,


Match report? Other than to say Annan defender, Steven Swinglehurst was red-carded on 61 minutes, nope.


Match report? I should cocoa!

Not a bad effort from The Grambler there; can he/she/it go one better this week? Here are this week’s predictions.


Alloa vs Dunfermline - Prediction Away win - 5/6


Once again, The Grambler sticks with Scottish games. At least they are not all in League Two, so there will be a match report or two next week.


Not whopping at all.


Teaser time. Yay! Last week I asked you which country qualified for the 1950 World Cup but refused to play because FIFA wouldn't let them play barefoot. The answer was India.


One for this week? Which footballer first gained media attention when his youth team won a game 23-0; a game in which he scored every single goal?


Please, also take the time to click on this link, an informative little video from Mersh (a great friend of Stewart’s).  You might be interested to know that the total quoted in that little clip has moved on and is currently £52,676 raised for the Bobby Moore Fund.


And finally Cyril? And finally, Esther I am indebted to a Mr R. McGough who, as stated in the birthday honours, was a member of the well-known group, Scaffold, but is now better known as a popular, and indeed, populist, poet. I think, therefore, it is only right that we finish with some examples of his work...


I do not value
Added tax.


'I concur
with everything you say,'
smiled William.


'If that's the general feeling
you can count on me.
Can't say fairer.'


She is so beguiling
That when she beckons
I can run a mile
In twenty seconds.


The time I like best is 6am
when the snow is 6 inches deep
which I'm yet to discover
'cause I'm under the covers
fast, fast asleep.


God bless all policemen
and fighters of crime,
May thieves go to jail
for a very long time.

They've had a hard day
helping clean up the town,
Now they hang from the mantelpiece
both upside down.

A glass of warm blood
and then straight up the stairs,
Batman and Robin
are saying their prayers.

They've locked all the doors
and they've put out the bat,
Put on their batjamas
(They like doing that)

They're closing red eyes
and they're counting black sheep,
Batman and Robin
are falling asleep.


Everyday,
I think about dying.
About disease, starvation,
violence, terrorism, war,
the end of the world.

It helps
keep my mind off things.

And finally, one that could have been written for Boris Johnson...

OK what shall we do?