Week 9 - A gramble with offensive trees

Stewart was an amazing person - A wonderful husband, a fantastic brother, a loving son and an adored uncle. He was also a brilliant friend and colleague and is missed by so many people. His family are determined that his death will never be in vain and are doing their part to beat bowel cancer for omplgood. We are fundraising for the Bobby Moore Fund which is part of Cancer Research UK and specialises in research into bowel cancer. If you wish to donate to the fund, you can via https://www.justgiving.com/Geraldine-Smith3 .

If you haven’t already done so, please read the article which appeared in the Daily Record and learn from Stewart’s story that you must never be cacent. It makes grim reading for us, his family, even though we were beside him throughout his ordeal, or battle; call it what you will. http://www.dailyrecord.co.uk/lifestyle/heartbroken-widow-geraldine-smith-raises-3452997

Similarly, if you haven’t heard it, please listen to Geraldine’s moving radio interview which was on Radio Scotland.

WARNING: THIS WEEK'S ARTICLE CONTAINS WORDS AND DESCRIPTIONS OF IMAGES WHICH MIGHT OFFEND ANYONE OF A SENSITIVE DISPOSITION. WE SUGGEST THAT ANYONE WHO FEELS THEY MAY BE AFFECTED F***S OFF NOW.

This week's (g)ramble is not so much a cock and bull story as a cock and balls story. I do apologise before I begin.

Think crude graffiti. What is perhaps the most common image to be scrawled, spray painted or carved in the name of vandalism? Yep it's the aforementioned cock and balls. As well as being an illustration of something crude, it is generally a very crude illustration. No previous art experience is necessary.

It is probably the first rude drawing any small boy attempts.

Why am I telling you this? There is or was one or several very disgruntled employee(s) of the forestry commission. Sorry pardon excuse me?

Let me explain. [I think you better had. - Ed.] If you have ever travelled north from England to Scotland by car on the the M74 motorway, you may have noticed what could be the biggest cock and balls ever attempted. Honestly, it should be in the Guinness Book of Records.

About 15 miles north of junction 15, look to your right. There on the hillside is what I believe to be the largest ever depiction of a gentleman's wedding tackle. The Cern Abbas giant hasn't got a look in. However, this crude depiction is not carved, painted or scrawled; it is grown. However do you mean, I hear you ask. Yes, this oversized meat and two veg is composed of trees. Thousands of them.

What on earth was going through the forester's mind when he planted those trees in this obscene shape?

Had he been threatened with the sack? Was he about to be made redundant? Was he just plain bored? Just what prompted him to dig several thousand holes in such a shape and then place a corresponding number of saplings into those holes?

Was it even just one man? There could well have been squad of the guys involved.

Why did the forestry commission's bigwigs not order the uprooting of all the trees when the joke was spotted?

I can only assume that the unusual formation of the trees was not noticed until they had grown quite a bit. If indeed it was noticed. Perhaps I am the only individual to have spotted the odd formation of trees. I doubt it. It really is glaringly obvious to anyone with a modicum of smuttyness in their being.

So, motorists heading north, take a look to the right to see an image worthy of inclusion in the next edition of 'Scotland's Greatest Sights'. 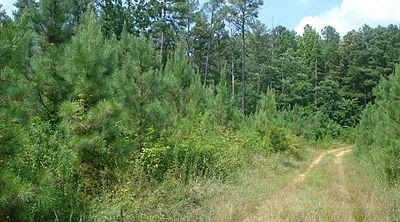 Were any famous or notorious individuals born on the 26th of September? Of course there were. Here are some that even I know.

It was wonderful to hear Marty Robbins. I recall he had another really famous song that was a hit in the Yuk. I can’t remember its title but I think it was something to do with a town in Texas. Can you help?

Time to gramble. What has The Grambler predicted for us this week after his/her/its less than sparkling performance last week?

Helder Costa's fifth-minute goal for the hosts sparked the contest into life, with his powerful close-range effort going in off the underside of the crossbar.

However, Aleksandar Mitrovic levelled the scores with a penalty after Robin Koch had fouled Joe Bryan.

Leeds were soon back in front though, with Poland midfielder Mateusz Klich stroking in a penalty after Bryan had fouled Patrick Bamford.

Bamford's placed effort just after the interval put Leeds firmly in charge and they looked to have sealed the win when Costa added a fourth from Bamford's cross.

But Bobby Decordova-Reid's low drive and Mitrovic's second goal of the day for the Cottagers set up a dramatic finale.

Adam Armstrong's hat-trick and a first senior goal for Tyrhys Dolan helped Blackburn sweep past Wycombe for their first Championship win of the new season.

Armstrong scored twice either side of 18-year-old Dolan's goal as Rovers went 3-0 up inside 33 minutes at Ewood Park.

Darius Charles was sent off for Wycombe 12 minutes after half-time when Armstrong was sent through on goal, before Derrick Williams added a fourth.

Armstrong completed his hat-trick seven minutes from time to finish the rout.

Josh Dasilva put the hosts in front early in the second half, slotting a superb low first-time shot past Ben Hamer after being teed up by Rico Henry down the left.

First Forss turned in from close range with four minutes remaining, before Mbeumo scored his first goal of the season with a fine curling strike from the edge of the box in stoppage time.

Przemyslaw Placheta rescued a point for Norwich as they drew with Preston in front of 1,000 fans at Carrow Road.

Preston took an early lead as Scott Sinclair sent Tim Krul the wrong way from the penalty spot after Ben Davies went down under an Oliver Skipp challenge from a corner.

But midfielder Placheta fired home at the second attempt to delight the home fans at one of several Football League games piloting the return of supporters.

Carlisle also welcomed fans back with a victory over Southend thanks to quickfire first-half goals from Omari Patrick and Josh Kayode.

The 1,000 socially-distanced Cumbrians had smiles on their faces once Patrick's deflected volley saw him open his account on 36 minutes and end a sluggish start to the game.

Three minutes later, the lead was doubled and the outcome sealed as fellow striker Kayode worked space to sweep a neat finish into the bottom corner.

Not a bad week for The Grambler; he/she/it managed a small profit. How much? 98 pees. Woo!

What about this week?

The bets have been placed (10 x 20 pee doubles and 1 x 20 pee accumulator) and if The Grambler’s predictions are spot on, the Bobby Moore Fund stands (or sits) to win a whopping...

Ooer... A bit too whopping.

Teaser time. Yay! How did you get on with your five questions? Here are the answers.

I was born in 1935. My senior career began in 1955 at Middlesbrough. In six seasons, I played 213 games scoring 197 goals. In 1961 I moved to Sunderland, playing 61 games and scoring 54 goals. I was forced to retire as a player because of injury aged just 29. I moved into management and the rest, as they say, is history.

2. Which club has spent the most seasons in the fourth flight of English football (ie. Current Division 2, formerly Division 4)

3. Which Danish player has scored the most Premier League goals?

4. Which Scot has scored the most goals in the Scottish Premier League?

5. Another silly one to finish. Try this without resorting to the league tables. How many teams in the four senior English leagues have ‘ham’ in their name and who are they?

Five for this week?

2. What was unusual about the ‘Golden Boot’ competition in 1962’s World Cup in Chile?

3. Which current Premier League side has suffered the most defeats since that league began?

4. Who was the oldest goalscorer in the Premier League?

5. Another daft one. How many teams currently in the top four English senior leagues have the word ‘City’ in their name?

There you have it; five teasers to test you. Can you answer them without resorting to Googlie (or any other search engine, for that matter)?

And finally, Cyril? And finally, Esther, I am indebted to Messrs Lennon, McCartney, Harrison and Starr [I recognise those names; not sure where from, though. - Ed.]. The Beatles [Oh yes, of course. - Ed.] were, arguably, the most influential band of the 1960s. 51 years ago, on the 26th of September 1969, their final studio album, Abbey Road was released. Obviously, nobody knew at the time that it was to be their final album, but the band had such a huge following that, as was the norm for any Beatles release, it immediately went to number one on both sides of the Atlantic. Unusually, it was the George Harrison songs (Something and Here Comes the Sun) which were singled out for praise by music critics. I thought it would be apt to give you a clip. The final track proved to be prophetic; it was this one, The End.