What the blibbing flip is all that about, I hear you ask. [It's all Greek to me. - Ed.] Exactly. It's the ancient Greek alphabet. Don't worry, your favourite ill-informed blog isn't going all highfalluting with you and giving you a taste of the ‘classics’ as your Oxford/Cambridge types call Greek and Latin. No, it's all about the order.

If you don't know your Greek alphabet, I'm sure you will recognise a few leters or words that are used in the English language like... alpha: A on the phonetic alphabet, beta: not as good as VHS, delta: a Lancia car that rusted before your eyes, theta: where you see a play, mu: Musicians Union, pi for erm... pi, psi: tyre pressure... that sort of thing.

So, where am I going with all this? Covid variants. Beg pardon? Right, to explain; when the covid virus began taking hold, it was called covid-19... because it was a corona virus disease that first struck in 2019. What could be simpler? However, like all viruses, it began to mutate, so a new identification system was started. The Greek alphabet would be used to identify each different strain. Thus, the original virus was called alpha, with subsequent strains being called beta, gamma and so on.

After the first virus, the next one to hit Britain in a big way was the delta variant; presumably the fourth strain to be identified. No, I don't know what happened to beta and gamma either.

Any road up, the next strain after delta to hit these shores has been called omicron. Now, according to my understanding of the Greek alphabet, the letter to follow delta is epsilon. Am I right? Course I am. Okay then, unless whoever makes these things up doesn't know the Greek alphabet, what happened to the eleven Greek letters between delta and omicron? Have there been eleven strains of the virus that have missed Britain entirely? If that is the case, the Greek alphabet will have proved to be an unsuitable means of identification because there are only nine letters to go. If we have had 15 variants since the start of the pandemic two years ago; by the time we hit 2023, we will have run out of letters. What happens then?

Perhaps some other alphabet will be utilised, but what one? The Cyrillic? Arabic? We've had ancient Greek, what about ancient Egyptian? The problem with that is you would end up with variants named after a bird, a cat, an eye, a zig-zaggy thing, a foot, a reed (or is it a knife?), a basket, a lion, a snake (or is it a slug?), a spoon (or is it a banjo?) and a man with a bird's head... That’s the feathered variety, not a female from the 1960s.

I think the answer is obvious. I can't think why the virus namers, that is the boffins who name the different variants, didn't come up with it first. Where did the virus start? China. We should use the Chinese alphabet. There are dozens of letters in that.

Like the covid virus, it would last for years. 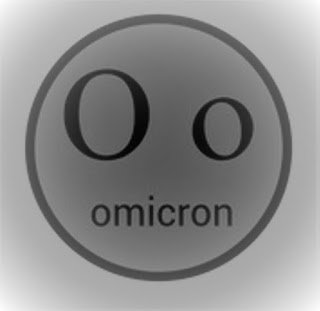 The unhappy face of the Omicron variant

Were any famous or not so well-known individuals born on the 11th of December? Of course there were. Here are some that even I know.

Val Guest 1911 - Film director of many comedies, but directed a few Hammer horror films. [So comedies, then. - Ed.]

Liz Smith 1921 - Actress. Mrs Brandon in I Didn’t Know You Cared. She was 48 when she made her first appearance on TV, but she made up for that late start by racking up 142 IMDb credits over the next 43 years.

Ronald Lewis 1930 - Actor. Alan Colby in The Full Treatment which was directed and co-written by none other than Val Guest.

Peter Firmin 1928 - Artist and puppet maker. Co-founder, with Oliver Postgate, of Smallfilms which gave us such gems as Ivor the Engine, Noggin the Nog, Pogles Wood, The Clangers and Bagpuss. Firmin also made the original Basil Brush puppet.

Stephen Moore 1937 - Actor. Marvin the Paranoid Android in The Hitchhikers Guide to the Galaxy. He even made a record in character; here’s Marvin.

Anna Carteret 1942 - Actress. Insp. Kate Longton in, would you Adam and Eve it, Juliet Bravo. Only in 44 episodes though.

Stevie Young 1956 - Musician. Took Uncle Malcolm’s place in AC/DC. Here is a track from Rock or Bust, the first album he played on, Let's Play Ball.

Marco Pierre White 1961 - Bloke who can cook. Whatever next.

Michael Legge 1978 - Actor. Tom O’Leary in Shameless and the voice of Luke on Thomas & Friends.

Wonderful to hear Del Amitri again. I thought you’d packed in years ago. Nineteen years between studio albums? It certainly looked as if you had called it a day after your 2002 album, Can You Do Me Good. But no, it’s 2021 and to everyone’s surprise, there’s a new album out. Terrific. I’d go out and buy it, if only I knew its name. Can you help?

Yours with kisses on the bottom,

How did The Grambler’s predictions fare last time? Surprisingly, we were actually in profit. Three out of five predictions were spot on and we won £2.08. What? Three winners and we’re still down? Snot right. What happened? Read on...

Ryan Yates then converted Garner's corner from close range to make sure of the points.

Siriki Dembele almost put Posh in front early in the second half when his left-foot shot hit the post.

Marley Watkins and Christian Ramirez both scored twice - once each in the opening nine minutes, before Watkins completed a first-half brace and Ramirez rounded off the thumping win.

Scott Tanser did reply for St Mirren to make it 2-1, only for Watkins' second to immediately snuff out the Paisley's side's hopes.

Queen of the South vs Partick - Away win

Thistle's Zak Rudden had a shot saved and team-mates Kyle Turner and Brian Graham were off target with their efforts.

Albion vs Forfar - Away win

Cowdenbeath vs Stirling - Away win

Not much reading for you there, sadly. [Don’t call me Sally. - Ed.] Let’s see if The Grambler can improve things this week. What has he/she/it randomly selected?

Yay! How did you get on with last time’s five questions? Here are the answers.

I was born in Singapore in 1958. I am 6’ 4” tall and played as a defender. I spent most of my playing career with Ipswich Town before moving to Rangers in 1986. I was capped for England 77 times. After retiring as a player, I moved into club management and have spent the bulk of my managerial career in Scotland.

3. Which club was originally known as Thames Ironworks FC?

4. Which club has a Yorkshire Terrier on its club crest?

What do you reckon? Too easy? Maybe. Anyway, here are five more to test you this week.

I was born in Buenos Aires in 1988. I began my senior career with Independiente before moving to Atlético Madrid where I scored 74 goals in 175 appearances. I then had a ten year spell at Manchester City, scoring 184 goals in 275 appearances. I currently play for Barcelona.

3. Going back a bit now... Nat Lofthouse made 503 appearances for which club?

4. An easier one... Father and son, Ian Wright and Shaun Wright-Phillips have both been capped for England, but who won the most caps?

There you have it; five teasers to test you. Can you answer them without resorting to Googlie or Bung (or any other search engine, for that matter)? Have fun testing your mates down the pub (as long as you are socially distanced).

Click on this link: https://www.youtube.com/watch?v=26HWQXMalX4. The amount raised is a little out of date, though. Check the Justgiving page link given at the beginning of this blog to see the current figure.

And finally, Cyril? And finally, Esther, I am indebted to Messrs. P. Firmin and O. Postgate who provide this week’s rather charming ending to the blog. Did you spot a slight reference to one of Smallfilms' productions in the title of this week's edition?  If you remember Noggin the Nog and Nogbad the Bad, not only are you very old (like me) but will also enjoy this week's link to end the blog. [Is that Bloggin the Blog or Blogbad the Bad? - Ed.]  Please enjoy a short film made in 1997 of the two of them discussing some of the characters that they made famous.

I watched them all when they were first on TV.  I must be incredibly old.