This link can still be accessed, but a new link will be in place soon to ensure that every single penny raised goes straight to bowel cancer research without a fee going to any middleman.

And so we bid a fond farewell to another piece of old technology which has been replaced by newer, more efficient processes. It's a piece of kit that used to grace every business that accepted credit cards. What am I referring to? Why, the good old-fashioned credit card imprinter. Sorry pardon excuse me?

Yes, for those of you too young to remember, before everything to do with spending became electronic, if you wished to pay for goods with a credit card, it would be placed in such a machine with a three-layer 'receipt' and the vendor would swipe across the card with a lever which, when returned to its starting point, revealed that, as if by magic, your card details were now printed on the receipt. Wow!

Of course, it wasn't magic, was it boys and girls? It was just like carbon paper... Oh dear, another one from back in the mists of time. You won't know what that is either. Ask your mum, or granny. Any road up, the machine had simply forced the receipt onto the embossed information on the card to reveal its details and you then signed the receipt to validate the sale and received a copy for your records. One copy was retained by the vendor and the third would go to your bank to make the payment which you had signed for.

It all sounds so old-fashioned compared to contactless payments. And, indeed, it is old-fashioned; when was the last time you encountered a card swiper?

Today, I received proof that the swipe machine is no longer used and is yet another piece of history destined for a museum. How so, I hear you ask. My new credit card arrived through the post and guess what, the number and name are now simply printed on the card rather than embossed. Such is progress.

There's a thing that's always bothered me about credit and debit cards. If you order something online, or over the phone, and pay by card, you are asked for the security number of the card. That three digit number on the back. All well and good, but how is something printed on the back of the card a form of security? Surely it would make sense for those good people at the bank to send card holders a security number under separate cover (the way they do with passwords) so that, should the card get stolen, it can't be used online (or over the phone). As it is, it would take a very stupid criminal indeed to not spend loads of your dosh when he had nicked your card.

Come on bank people, think it through. You know it makes sense. 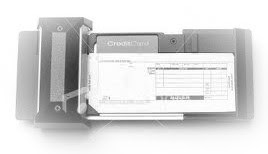 Were any famous or not so well-known individuals born on the 9th of July? Of course there were. Here are some that even I have heard of.

Alex Welsh 1929 - Jazz musician. Have a clip. Here’s It Don't Mean A Thing (if it ain't got that swing). Shocking grammar.

Oliver Sacks 1933 - Neurologist, naturalist, historian of science and writer. In fact, a right old smarty boots. The Man Who Mistook His Wife for a Hat. That was one of his. [Didn’t he play Manuel in Fawlty Towers? - Ed.] No.

Richard Wilson 1936 - Actor. Victor Meldrew in One Foot In The Grave.

Jim Kerr 1959 - Singer (it says here). Have another clip. Here’s Promised You A Miracle.

I have always been a fan of your good self. I recall you had a hit or two with other people. Gene Pitney and Something’s Gotten Hold of My Heart was one. Did you also have a hit with Bronski Beat? What was that one?

Yours with bells on,

How did The Grambler’s predictions fare last time? Well, we did win. Sort of. 88 pees back from our £2.20 outlay. Oh dear. What happened? Read on...

Lahti vs FC Inter - Away win

HIFK vs FC Ilves - Away win

Not too good. Oh well, let’s see what The Grambler has come up with this week. Ooh, he/she/it has gone for the Sweden Allsvenskan. There’s fancy.

Helsingborg vs Djurgarden - Away win - 3/5

I was born in 1945 in Farnworth, Lancashire. A midfielder, I played at many clubs, but the bulk of my career was spent at Blackpool, Everton, Arsenal and Southampton. In all, I made 833 league appearances. I was capped for England 72 times and was a member of the 1966 World Cup winning team.

2. Who is Burnley’s manager?

3. Which Italian player has made the most Premier League appearances?

4. Which current Liverpool player boasts the most international caps?

5. A daft one to finish. Can you name all the teams in the English senior leagues with ‘ton’ in their name?

I say you chaps, shall we have five teasers for this week? That would be rather spiffing, what.

I was born in 1987 in Shrewsbury. A goalkeeper, I began my senior career at Shrewsbury before moving to Manchester City. I have been capped for England 75 times. In 2021 I moved to Celtic.

2. Which former Premier League side will play season 2022-23 in the National League?

3. Which team conceded the most Premier League goals in one season?

4. Which national sides have been managed by Jurgen Klinsmann?

5. What management feat is shared by Jock Stein and Alex McLeish?

Click on this link: https://www.youtube.com/watch?v=26HWQXMalX4. The amount raised is a little out of date; it is now sitting at £60,000.

And finally, Cyril? And finally, Esther, I am indebted to a Mr. P. Merton who celebrates his birthday today. Paul Merton has been a mainstay of Have I Got News For You for 32 years... except for the one series where he wasn’t there. [Sorry? - Ed.] Yes, he left for the 11th series, but returned for the 12th... and the subsequent 50 series (and counting). This week, for our finishing item, please enjoy some Paul Merton moments from HIGNFY (as aficionados like to call it).