You may be wondering what the flip is going on. What strange language is this? Klingon? Vogon?

Let me attempt to explain. Before Christmas Mrs G intimated that, if Santa knew what was good for him, she would be presented with a brand spanking new tablet on Christmas morning, the old one long since having given up the ghost.

So, not wanting old Santa to suffer in any way, I immediately paid a visit to my favourite online store, Azamon.

I was looking for a well-known brand, Singsong, Azuz, Snoey (Close enough to not upset any lawyers?), that sort of thing.

However, instead of finding any known brands, I was offered any number of pseudo-brands; each word you saw at the start supposedly being a brand of tablet. Hmm... it looks to me as if somebody has got a bag of scrabble letters and simply grabbed a handful to rearrange into anything that might be considered a word... well, a collection of letters, anyway.

Each of these relatively cheap products was priced pretty much the same as all the others and, more often than not, it was accompanied by the same photograph as well as similar text.

Just what is going on? Surely, it is obvious to anyone that these names are just meaningless and every product's manufacturer name is simply made up. Although, I could be wrong and they are genuine... and the products may be of the highest quality... but I still reckon they are made up.

I wouldn't be sucked into buying any of these and I would like to think that most people who see these products listed would be smart enough to think the same way. The only way anyone might be tempted would be because of price alone.

However, I worry about just what you might receive if you did purchase one of these brands of tablet. Something a bit like this, probably. 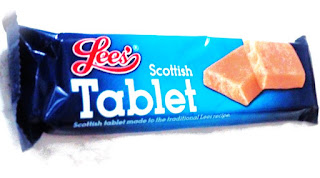 Were any famous or not so well-known individuals born on the 14th of January? Of course there were. Here are some that even I have heard of.

Cecil Beaton 1904 - Fashion, portrait and war photographer, diarist, painter, and interior designer, and stage and costume designer for films and the theatre. In fact, a right old smarty boots. Incidentally, he won a Noscar for the costumes he designed for My Fair Lady (1964)... which just happened to be based on Pygmalion.

Warren Mitchell 1926 - Actor. A jobbing actor (190 IMDb credits) who hit comedy gold in 1965 with his portrayal of Alf Garnett in 1965’s Till Death Us Do Part which was trialled by the Beeb Beeb Ceeb as part of its Comedy Playhouse series of sitcom pilot shows. After being commissioned it ran for seven series, spawned a film and several follow-ups including In Sickness and in Health. As far as I’m aware, he had no connection with My Fair Lady.

Richard Briers 1934 - Another luvvie, sorry, actor. Starred in dozens of things, but is probably best remembered as Tom Good in The Good Life.

Trevor Nunn 1940 - Luvvie director. He even directed a stage version of My Fair Lady.

John Castle 1940 - Jobbing luvvie. Teddy Lloyd in The Prime of Miss Jean Brodie. The Geraldine McEwan one from 1978, not the Maggie Smith one.

Tim Harris 1948 - A Foundation. To explain: he was the drummer for the Foundations. Time for our first clip. Let’s head back to those bad, bad old days.

Suzanne Danielle 1957 - Luvvie. In the 1980s, she was said to have ‘the monopoly on attractive, promiscuous, good-time girls’. Played Emmannuelle Prevert in Carry On Emmannuelle (1978). Married to golfer, Sam Torrance. 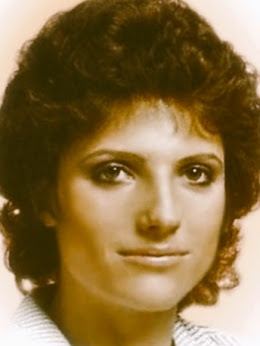 Shall we play a round? Ooer, missus.

Frankie Bridge 1989 - Singer. Part of Sclub 8 and then a Saturday. Here they all seem to be missing you.

Okay, let’s move on to the 21st of January. Any famous/notorious types born on that date?

John Bodkin Adams 1899 - Fraudster doc. 163 patients of his died while in comas. 132 of his patients left him money or items in their wills. He was never convicted of murder. Discuss.

Webster Booth 1902 - Tenner. I’m sorry I’ll type that again. Tenor. Here he is with regular singing partner Anne Ziegler with So Deep is the Night.

Joyce Windsor 1932 - Yet another luvvie. Ruby the cleaner in Butterflies.

Robin Sarstedt 1944 - Singer. Younger brother of Peter Sarstedt and Eden Kane. He had just one hit record, My Resistance is Low.

Martin Shaw 1945 - Action luvvie. Doyle (Or was it Bodie?) in The Professionals.

Pye Hastings 1947 - Musician. Member of Caravan since 1968, here’s a wee toon from them. Here is a lovely track from the album Cunning Stunts (I said cunning stunts.), The Show of Our Lives.

Wendy James 1966 - Singer. Remembered as the singer with Transvisio Vamp. Have a clip. Here’s Baby I Don't Care.  Hang on a mo, that sounds a bit like this. Agree? Maybe not worth a court case, though.

Emma Bunton 1976 - Singer. Had hits with the Spice Girls, but here’s her (to date) only solo number one, What Took You So Long.

Lovely to hear one of your solo songs. I recall you were in a band called The Spice Girls. Tell me, what was the band’s first single to reach number?

Nothing to report this week because Bet Froy six foive wouldn’t accept my money last time. Let’s see if they will accept my dosh this week. Yahhss! Woo hoo! We’re back in business...

I was born in Birmingham in 1995. I began my senior career loaned out from Aston Villa to Notts County in 2013, returning to play first team football in 2014. In 2021, I became the most expensive English player ever when I transferred to Manchester City for £100 million.

2. Which footballer was given an honorary knighthood in 1997?

3. Which club scored the most Premier League goals in 2022?

5. Ten F.A. Cup-winning sides have never played in the Premier League; which is the only one currently playing in the senior leagues?

Shall we have five for this week? Yes, let’s...

I was born in 1951 in Glasgow. A goalkeeper, I began my senior career at Partick Thistle in 1969, playing 631 games before transferring to Hibernian in 1982. I was capped for Scotland 53 times and appeared in two FIFA World Cup tournaments.

2. Back to the Premier League: which club drew the most games in 2022?

3. Which club has won the EFL Cup the most times?

4. Which Brazilian player has made the most Premier League appearances?

5. Which club plays at Galabank having the nickname the Galabankies?

As usual (at the risk of repeating myself), I remind you of the main reason for continuing to publish this blog – to raise awareness about bowel cancer. If you have any bowel problems, don’t be fobbed off with the line that you are too young for bowel cancer to be a consideration. Just point your doctor in the direction of (the already mentioned) Never Too Young | Bowel Cancer UK

Click on this link: https://www.youtube.com/watch?v=26HWQXMalX4. The amount raised is a little out of date; it is now sitting at...

And finally, Cyril? And finally, Esther, I am indebted to a Mr. Alfred Hawthorne who provides us with our final clip of the week. Who, I hear you ask. Why, it’s Benny Hill, I reply. Here is a live rendition of Benny’s number one hit Ernie (The Fastest Milkman in the West).  One of the better novelty songs, I think you'll agree.