There was no edition last week. What do you mean, you never noticed? Apparently, my yearly subscription hadn’t been paid so the ‘domain’ thegrambler.com was suspended. Sorry about that. Anyway, all is sorted now (Thanks to Rob for all the help.) and the world’s most ill-informed blog is up and running again.


Polomint City’s own football team East Kilbride FC entering the record books. A world record was achieved by Dutch club Ajax in the early 1970s. At that time, Ajax were the top team in Europe winning the European Cup in three consecutive seasons between 1971 and 1973. During this period in their history they created a record which has stood for over forty years - they won 26 consecutive competitive matches.


A couple of weeks back East Kilbride equalled that record. Yay! Officials from the Dutch club were told of the fact and contacted EK to congratulate the players for equalling the record.


On Saturday the 5th of November 2016 East Kilbride played BSC Glasgow in the Ferrari Packaging Lowland League. EK won 3-1. Thus, East Kilbride have now won 27 consecutive competitive games. Yes, I know the Ferrari Packaging Lowland League doesn’t have quite the same ring to it as the Dutch Eredivisie, but it is still a world record. Let’s hear it for the Kilby! Huzzah!


After Saturday’s game, an Ajax-branded van drove onto the pitch. Edwin Van der Sar, who is marketing director for the Dutch club had sent 27 crates of Jupiter beer for the players and staff at the EK club if they beat the Ajax record; one crate for each win. Isn’t that terrific? 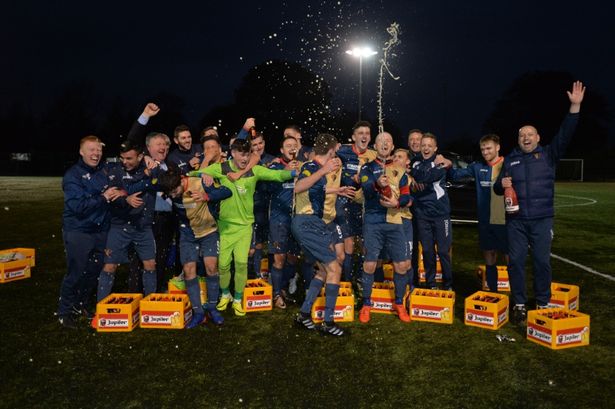 Did any famous or notorious folk come into this world on the 12th of November? It’s quite possible that some did. Auguste Rodin 1840 (Sculptery bloke. Did that Thinker one.), Ben Travers 1886 (Liked a good farce... I said farce.), Jo Stafford 1917 (Didn’t always take herself seriously. As well as being a talented singer with band leaders such as Tommy Dorsey, she also performed with musician and arranger husband Paul Weston as slightly off-key act Jonathan and Darlene Edwards. Here’s a sample. Paris in the Spring . If you let Youtube do its annoying trick of playing another item, it gets followed by a cracking version of Staying Alive.), Jack Ryan 1926 (Who? He was an inventor. Sort of. His most famous creation was a small doll named Barbie. You may have heard of it. Oh... he was also Zsa Zsa Gabor’s husband. Number six, I believe.), Bob Holness 1928 (I’d like a P please, Bob. He didn’t play the Saxophone on Baker Street.), Grace Kelly 1929 (Actress/princess. Would you like to hear a song by a favourite act of mine? Here’s Eels with Grace Kelly Blues .), Brian Hyland 1943 (His two hits Sealed with a Kiss and Itsy Bitsy Teenie Weenie etc. were big hits for nineties superstars Jason Donovan and Timmy Mallett.), Booker T. Jones 1944 (Yes. Him. The MGs man. Time for some Green Onions perhaps?), Neil Young 1945 (Oh, let’s have another link. Possibly old Neil’s most famous toon and this clip shows he has a sense of humour. Ladeez and genullum I give you Heart of Gold .), Valerie Leon 1945 (She just loved the smell of Hai Karate. Here’s another link .), Errol Brown 1948 (Hot Chocolate singer... Want another link? All together now... I believe in miracles .), Les McKeown 1955 (A Bay City Roller. What? Another link? Go on then... We were ripping up .), Nadia Comaneci 1961 (Jumpy, swingy, gymnasty bloke.), Mariella Frostrup 1962 (Presenter who has been voted as having the sexiest voice on TV.), David Schwimmer 1966 (Actor in Friends. He has stated that with everyone looking at him, he was incapable of honing his craft. What? You’re a fn actor! You pretend. That’s all. It’s not a craft! And you got paid over a million dollars per episode! Stop fn moaning!), Tonya Harding 1970 (Skaty bloke.), Ryan Gosling 1980 (Small Canada goose.), Anne Hathaway 1982 (Donny’s lass.) and Carlton Cole 1983 (Posh-sounding footy bloke.).

Let’s move on to grambling matters. What happened last week? Well, nothing. Obviously. We didn’t have a gramble. The week before that we won 66 pees. In other words, we lost £1.54. Not very good. Can The Grambler make amends this week? [Doubt that very much? - Ed.] What has he/she/it randomly selected for us?


Hartlepool vs Cheltenham - Prediction Away win - 15/8


Oh dear, oh dear, oh dear. The Grambler’s predictions seem to have got stuck in away mode. I see trouble ahead. Any road up, the bets have been placed (10 x 20 pee doubles plus 1 x 20 pee accumulator) and if they all go according to The Grambler’s Prediction, the Bobby Moore Fund stands to receive a whopping...

Teaser time. Yay! Two weeks ago I asked you which goalkeeper set a world league clean sheet record by not conceding a goal for 1311 minutes. The answer? He’s already been mentioned in this very edition of thegrambler.com. It is none other than the generous Mr Edwin Van der Sar who achieved the feat in the 2008-9 season while keeping goal for Manchester United.


One for this week? Let’s head into the territory of football managers. Which football manager watched 10 goals being scored in the last game he took charge of prior to his retirement? Not too difficult, I reckon.

And finally, Cyril? And finally Esther, I am indebted to Mr T. Hall, Mr N. Staple and Mr L. Golding who provide us with this week’s closing link. I wasn’t going to mention a certain election result, but I felt that I shouldn’t ignore it totally. Ladeez and gennulum, to finish here are Funboy Three with a rather apt toon . 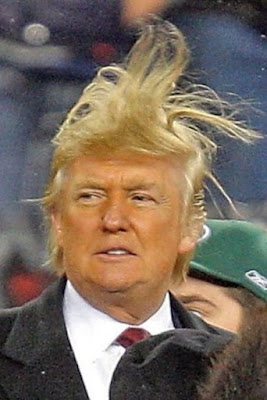