Some years ago manufacturers of processed food were instructed to come clean about their products and, if a picture was used on the wrapper/tin/box, it had to be of the products as they appeared within the packaging. So a picture of a particular product... corned beef, perhaps... had to show just that. If, however, the corned beef was shown with something else as if it was just a part of a meal, the picture had to have the words ‘serving suggestion’ alongside it. [An unusual start to this week’s blog. Would you care to explain? - Ed.] The addition of these two words was a way for food manufacturers to protect themselves. What from, I hear you ask. This sort of thing...


I recently purchased a tin labeled corned beef, but noticed that the picture on the tin showed the product accompanied by some potatoes and peas. Wonderful, I thought, a complete meal in a tin. However, when I opened it, I discovered to my horror that it contained only corned beef. I believe I have been conned. I bought the product only because it showed a meal, if I had realised that the tin contained only corned beef, I wouldn’t have bothered.


I think I should be given a free tin of corned beef for the rest of my life by way of compensation.


Yes, there were (and still are) people who would complain about anything in order to get some sort of compensation. [Still not sure what you are writing about. - Ed.] Any road up, to save themselves from having to hand out skiploads of products to anyone who looked for loopholes to exploit, manufacturers fought back with those two simple words. Take that Ms Freebie, you freeloading chancer.


Of course it can get a bit silly. An example might be mustard. Everyone knows that mustard is a spicy condiment to accompany food, so do we really need a picture of a roast beef dinner with Yorkshire puds, mashed potatoes and cauliflower? Of course, There are people who take the serving suggestion picture a bit too literally...


'Oh no. The picture says it has to be served with roast beef, Yorkshires, potatoes and cauliflower. I haven’t got any cauliflower. What am I going to do? And where am I supposed to get a sprig of parsley?'


Why do serving suggestions have a garnish of parsley? You never eat it, so why is it there? What is the point?


Anyway, you are probably wondering why I am bothering with this food-related (g)ramble. [I certainly was. - Ed.] Well, I think a few manufacturers are taking this serving suggestion thing a bit too far. If you take a look at this photograph, I am sure you will agree...

What does it show? Yogurt. On the label is a picture of a spoon holding a dod (the well-known unit of measure) of said yogurt. What does it say alongside the picture? Serving suggestion. Now call me Mr Thicky, but surely yogurt is served in the pot it is in when you buy it. If you were giving somebody a yogurt, you would give them the plastic container full of yogurt. And a spoon, of course. You would not open the yogurt, scoop out a spoonful and hand that to them. Luckily, nobody is so daft that they would take any notice of the picture, surely [Don't call me Shirley. - Ed.]...

'No. That is all you are getting. It says so on the tub. Look. Serving suggestion. One teaspoon of yogurt. No don’t complain to me; complain to the company that produces it. I don’t make the rules... and why isn’t there a sprig of parsley?'

Were any famous or notorious people born on the 17th of June? Of course. Here are some I’ve even heard of. Igor Stravinsky 1882 (Russian composer. Mucked about with the Star-Spangled Banner, apparently.), M.C. Escher 1898 (Early hip-hop artist.), Harry Patch 1898 (The last fighting Tommy from the Great War. He died in 2009 aged 111.), Martin Bormann 1900 (Chief of the Nazi Party Chancellery.), Ralph Bellamy 1904 (A character in the Archers [Stop it. - Ed.] All right he was an actor. Made his first film in 1931 and his last in 1990.), Beryl Reid 1919 (Comedy actress. Go on, have a clip.), John Amis 1922 (Journo and music critic. Used to appear on the radio and tv programme My Music. Couldn’t sing for toffee.), Ken Loach 1936 (Film director. Kes. That was one of his.), Newt Gingrich 1943 (First ever amphibian to be appointed as speaker of the U.S. house of representatives. See also Ken Livingstone.), Barry Manilow 1943 (Singer who didn’t necessarily write the songs. Here’s a clip for the ladeez... Here he is with Can't Smile Without You... That was an ironic or prophetic title given that he has now had so much cosmetic surgery, he can no longer change his features at all), Chris Spedding 1944 (Musician who has released 16 solo albums and has worked with some of Britain's greatest musicians, but is only remembered for this.), Ken Livingstone 1945 (First Mayor of London. Has a pet newt.), Eddie Merckx 1945 (Racey bikey bloke.), Paul Young 1947 (Singer. The Mike and the Mechanics guy, not the one that keeps putting his hat down. Here he is in his Sad Cafe days.  All together now... I saw the lamplight from your window.), Jason Patric 1966 (A lost boy.), Venus Williams 1980 (Tennisy bloke.) and Jordan Henderson 1990 (Foo’y bloke.).

Let’s move on to grambling matters. How did we do last week? Don’t ask. Oh, you already have. Lost. Big time. There is absolutely no point in giving you the results... They lost. We lost. Let’s just move on to this week’s predictions.


Teaser time. Yay! Last week I asked you who was the last English player to score a hat trick against Scotland. The answer is Ian St. John’s mucker, Jimmy Greaves who scored 3 in a 9-3... that’s nine three... in a home international at Wemberley back in 1961.

One for this week? I don’t want to come across as being a bit UKIP here, but regular readers amongst you will remember that I do not approve of so many foreign players coming to Britain to play. My reasoning has nothing to do with capping immigration; it is all to do with the fact that home-grown players are not getting opportunites to play in the big leagues, so the national side is weaker than it should be. I’m including England here, so here is this week’s teaser. The English Premiershit is a veritable league of nations these days with players being imported from all around the world... Which nation has supplied the most Premier League players?

And finally, Cyril? And finally Esther, I am going to end this week’s edition with some more ‘serving suggestions’. It would appear that I am not the only one who thinks the suggestions sometimes get a bit silly. Here are some photographs gleaned from the worldwide web... 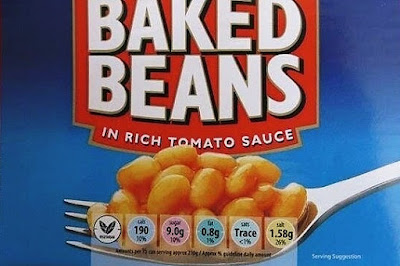 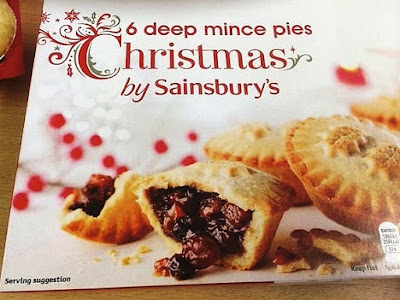 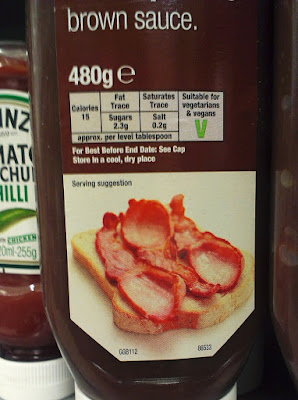 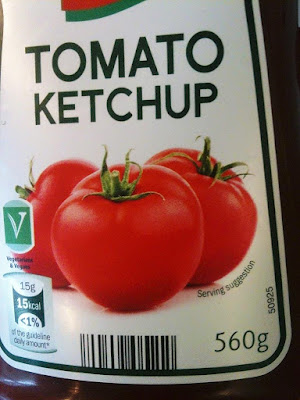 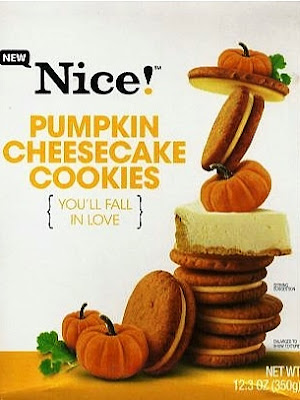 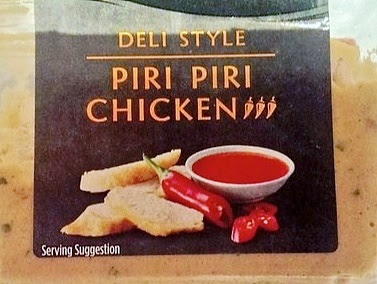