I'm getting to that difficult age... Well, more difficult than normal... Yes I have to concede that I am now approaching middle age [Approaching? From which direction? - Ed.] and am having to consider the things associated with the older gentleman.


No, I am not at the stage where I require Velcro shoes or jogging bottoms [Sounds disgusting. - Ed.]. Although, now I think about it... trousers without zips or buttons? What's not to like? No no. Perish the thought. Please.


No, the thing that I have had to consider is... I'm almost too ashamed to admit it... varifocal lenses. There, I've said it. Can you believe it?


I've resisted for years and have managed (with the aid of a magnifying glass) to read most of the cooking instructions on the side of ready meals. Yes, Marks and Spencer, I'm talking to you. Why does it have to be such tiny print? And another thing, why do you put the instructions underneath the container? Don't get me started.


Any road up, back to varifocal lenses. I was advised by the optician that varifocal lenses were what I required. They would be marvellous, I was informed. Just think, no more swapping glasses to read small print. Just one pair would suit all my needs.


Of course I fell for it. Cost?


'Well, a pair of standard specs can be yours for 59 quids and you get a second pair free.'


'Ah, but there is an extra cost for special lenses.'


Of course there is.


'And you'll be wanting reactolite lenses too.'


'Oh yes. That way you won't need sunglasses because these will alter to suit whatever the light conditions are.'


'Gulp. Oh well. I suppose so. What about my second pair free?'


'No, you don't get them. It's because you've gone for special lenses'


Oh well, I thought, it's only five times the original estimate... same as any other business, I reckon.


Having started to wear them, I have realised that they are a bit different to what I have been used to. For example, walking up stairs is a little bit odd because the section of glass that I am looking through is the reading part. Thus, my feet are just a blur unless I tilt my head forward as if I am holding a pen under my chin.


I have also been told that I won't be able to play snooker with them on. I have no problem with that as I can't play snooker anyway.


I reckon they can also induce motion sickness. How so, I hear you ask. If I am sitting at a table and look from side to side, I see the table rocking. It is a bit disconcerting. I feel as if I should be holding on to something. The answer to that one is simple... Don't look from side to side.


The oddest thing about wearing them is that flat things appear convex. So as I look at this screen to type, I am seeing the centre of the screen raised up compared to the outer edges. It's a weird sensation.


However, this has answered a question that has always puzzled me. I had never been able to work out why television manufacturers thought it a good idea to change from flat screen televisions to curved screen models. Now I know... It's so that people wearing varifocal specs see a flat screen.


Of course. It all make sense now.


We are great fans of the late, great Jackie Wilson. He had a posthumous number one with a reissue of Reet Petite, but there was another top ten hit after that, can you remember what it was? 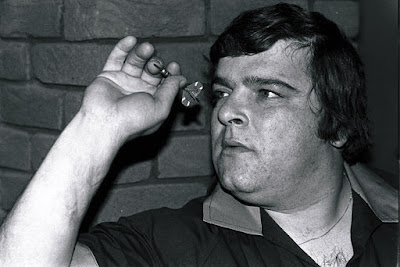 Let’s move onto grambling matters. How did last week’s bet fare? In a word... rubbish. 86 pees back from our £2.40 stake. Oh dear. Let’s hope The Grambler does better with his/her/its predictions this week. [Don’t talk wet. - Ed.] What has he/she/it come up with?

The selections have been made. All races take place on Saturday the 9th of June. Let’s see how much we could win in the unlikely event that the results go as predicted.

Uh oh. Like last week, a bit too whopping.


Teaser time. Yay! Last week I asked you what were the unusual circumstances that led to Queen’s Park lifting the Scottish Cup in 1884. The answer is that the opposition, Vale of Leven, didn’t turn up. However, the Queen’s Park team, match officials and spectators were at Cathkin Park for the game. A friendly match between Queen’s Park and Third Lanark was hastily arranged, after which the Queen’s Park players were presented with the cup and their winners’ medals. Apparently, Vale of Leven had asked for a postponement due to a number of players being unwell or injured, but the SFA decided that these were not sufficient grounds for a postponement. What a bunch of absolute...


One for this week? Here’s an interesting one for you. What have the following clubs got in common? Glossop North End, Carlisle United, Swindon Town, Northampton Town, Leyton Orient and Barnsley. Hmm... One to start a discussion down the pub, don’t you think?

And finally, Cyril? And finally, Esther, I am indebted to a Mr. J. Mason, who celebrates his 87th birthday this Saturday. He is a very popular Jewish comedian. I know he is funny. A lot of people like him. Unfortunately, he talks with such a thick Brooklyn accent, I can’t understand a word he says. Thank goodness, then, that many of his best lines have been written down so that I, and others like me, can appreciate his humour. Ladeez and gennulum, let us end with the wit and wisdom of Jackie Mason...


Money is not the most important thing in the world. Love is. Fortunately, I love money.


Did you know that the Jews invented sushi? That's right - two Jews bought a restaurant with no kitchen.


'What is the meaning of life?' is a stupid question. Life just exists. You say to yourself, 'I can't accept that I mean nothing so I have to find the meaning of life so that I shouldn't mean as little as I know I do.' Subconsciously you know you're full of shit. I see life as a dance. Does a dance have to have a meaning? You're dancing because you enjoy it.


I talk to myself because I like dealing with a better class of people.


Victory goes to the player who makes the next-to-last mistake.


My grandfather always said, "Don't watch your money, watch your health." So one day while I was watching my health, someone stole my money. It was my grandfather.


I have enough money to last me the rest of my life unless I buy something.


Eighty percent of married men cheat in America. The rest cheat in Europe.


Ladies and gentlemen, you can't please everyone. Take my girlfriend - I think she's the most remarkable woman in the world... That's me... But to my wife...


I was so self-conscious, every time football players went into a huddle, I thought they were talking about me.


Prostitutes go to jail. Their customers go home and read the New York Times. In this country you're allowed to buy anything. If you need a shirt, you have a right to buy it. If you need sex, you don't. What's more important, sex or a shirt?


I’m still suffering from shock from the last war. I was almost drafted! Luckily I was wounded while taking the physical. When I reached the psychiatrist, I said, “Give me a gun, I’ll wipe out the whole German Army in five minutes.” He said, “You’re crazy!” I said, “Write it down!”


Jews are the best dressers in the world. They buy the best clothes, the best homes, the best cars. The best of everything. The only thing is, they get it for less.


A Jew never laughs without looking at his wife for approval.