WARNING: This week’s article is offensive to anyone who might consider themselves to be overweight. So if you are a thin-skinned, fat b*st*rd, look away now.


There was an article on tv recently presented by a, how can I put this, large lady. The item concerned the practice of clothes shop proprietors charging more money for larger sizes of clothes. The large reporter described this as a fat tax. Well, I thought, why not? It'll save you spending it on chocolate. Actually, I didn't think that. That was only put in as a joke. Honest. Please don't attack me all you fatties out there in gramblerland.


I am in total agreement with the lady. Why should someone have to pay more for something so essential as clothing? Well, it's essential in our climate.


However, it set me thinking. [Dangerous. - Ed.] Did you know that in some regions of Britain there are as many as 68% of the adult population considered to be seriously overweight? No? Well, there are. One of my gripes in life is seeing people who have no disability doing their best to make themselves disabled. Sorry pardon excuse me? I'm thinking of druggies, smokers, boozers and, yes, obese people. My mantra to all of them is 'give yourself a chance'.


Every one of those I have listed is reducing their chances of living to a ripe old age by introducing poisons into their systems whether it be drugs, nicotine, alcohol or sugar.


Humans do not need any of these things.


To stop people taking drugs, the government has deemed them illegal. Yes, I know it doesn't stop those who are determined enough, but it is at least an acknowledgment that drugs of the recreational variety are wrong. Maybe the politicians should legalise them but whack a huge tax levy on them as happens with cigarettes and alcohol. It won't stop people taking drugs but it would stop the so called drug barons from becoming rich on the proceeds from illegal trading. And think of the extra dosh from the taxation.


However, I began this article by talking of a fat tax. Well, I think foods which are unhealthy should also be taxed to the hilt. None of this mucking about with a paltry 20% vat lark. No, I'm talking about treating choccy bars and cakes the same way as spirits. Did you know that the tax on a 12 quids bottle of whisky is nearly a tenner? Similarly, the tax on an £8.50 packet of fags is nearly seven quids, or 82%.


Think of a bar of chocolate costing 60 pees, currently ten pees of that cost is tax. I suggest that the taxation on such unhealthy products should be the same as booze and fags. Thus, the 60 pees bar of chocolate would cost nearer three nicker. Such taxes could be considered for all unhealthy foods. Would you pay four quid for a small bag of crisps? A tenner for a pack of Mr Kipling French fancies? The same for a bottle of coke? Ditto a bag of sugar?


Incidentally, why is there sugar in a chicken tagliatelli ready meal? Yes, Marks and Spencer, I’m talking to you. Honestly. I don’t know how much was in it, but it tasted decidedly sickly. Not nice. And not necessary.


Sorry about that... Any road up, by taxing sugary things up to the hilt, overnight, we would adjust our eating habits to consuming only the healthiest options.


Ah, you may say, that's all well and good but you would put many companies out of business. I believe not. Most of the makers of unhealthy products also make fairly healthy alternatives. Heavy taxation on unhealthy goods would force the manufacturers to concentrate more effort into producing healthy foods.


Unfair on fatties? Not at all. My punitive taxation plan would make you all think twice about consuming fastening foods. You won't starve. Far from it, you will become a lot thinner and a lot healthier in the process.


Brilliant or what? I have just solved Britain's obesity problem at a stroke. No no, I don't ask for reward. Just look on it as my gift to Britain's fatties. 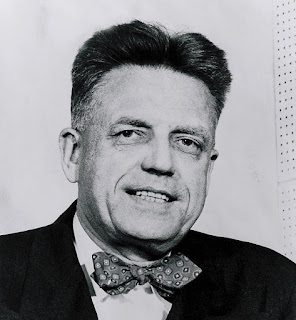 Suggs impressionist, Alfred Kinsey...
'Ask me where I keep my toothbrush.'


There weren’t so many clips as there usually are in these crappy birthday honours lists. However, I was pleased to see that you included a link to a tune by Welsh songstress Duffy, isn’t it. I can only recall her having one other top ten hit, but can’t remember its name. Can you help?


Yours with love and cuddles,

Let’s move onto grambling matters. How did last week’s bet fare? We actually won. Can you believe that? No? Okay, I say won; four out of five predictions came good. £4.10 back from our £2.20 stake. Better than a slap in the mush.


I won’t bore you with match reports. Suffice to say, if Colombia hadn’t conceded a penalty and had a man sent off three minutes into their match against Japan, we could (and indeed should) have had a full house.


Ho hum. So what has the great and powerful Grambler predicted for us this week? Once again, we go with World Cup games and, once again, the times and days are all over the place.


The selections have been made. Once again, I have to say oh dear, oh dear, oh dear. The Grambler doesn’t rate Japan, does he/she/it? Let’s see how much we could win in the extremely unlikely event that the results go as predicted.

Hmm... a bit more whopping than the amount we didn’t win last week.

Teaser time. Yay! Last week I asked you which Portuguese players, other than Senhor Ronaldo, had scored hat tricks in the World Cup finals. Easy peasy. The answer is Eusebio in a 5-3 victory over South Korea in 1966 and Pauleta in a 4-0 win against Poland in 2002.

And finally, Cyril? And finally, Esther, I was at a complete loss as to how to finish this week’s (g)ramble. Where is the comedian worth quoting in this week’s birthday honours? Nowhere. I thought I could perhaps find some amusing link related to this week’s topic. But how can I poke fun at obesity? I can’t, can I? Can I? [No. Definitely not. You’ve upset enough people already. - Ed.]


I know. At the end of the year, Channel Five has a quiz type programme The Big Fat Quiz of the Year. There you go. Fat gets mentioned; nobody gets upset. Phew.  I say no one gets upset; I get a bit fed up hearing Jimmy Carr's laugh, but that's a minor grumble.


Anyhow, Ladeez and genullum, I give you a selection of clips from that very programme featuring one of my favourite comedians, Richard Ayoade (I think that's how you pronounce it.).