'The worst thing ever invented.'

'I once came across the corpse of a dead sheep - this transported me back to that moment.'

Those are just two of the glowing testimonies for Lynx Marmite-scented deodorant.

What, I hear you ask. Marmite scented deodorant? Come off it. Never.

Seriously. Another comment from one customer likened it to 'sick'.

Obviously, whoever owns the Lynx name thought that marrying the Africa scent... already a bit naff... with Marmite would be a spiffing wheeze.

The buying public didn't agree and now the cut-price bins in those shops that bothered to stock the stuff are filled with cans of it selling for something like 47 pees. Talking of pees, that's another smell it has been likened to.

One customer suggested that it was so bad it would at least keep beasties away and this set me thinking.

Years ago I read an article which advised of a good way to keep mosquitoes at bay. It suggested that you eat marmite every day for a fortnight before you headed to any place where you might encounter the little bas... beasties. The claim was that the Marmite aroma would seep through your pores and put them off having a chomp at you.

I think the folk at Lynx are missing a trick here. No doubt Africa/Marmite Lynx will be deleted from production in light of the negative comments people have been posting online but, come on Lynx people, think. Instead of selling the stuff as some kind of childish joke, you should be marketing it as a useful mosquito repellant.

Avon have been selling lorry loads of Skin So Soft for years because people thought of it not as an anti-aging cream but as an anti-midgie cream. Ask any bowler or golfer and they will probably tell you how good it is.

Perhaps those bowlers and golfers should give Marmite Lynx a go and put some positive comments online.

Incidentally, I have no connection to the company that makes Lynx and Marmite... although I do enjoy the occasional Twiglet.

Were any famous or not so well-known individuals born on the 13th of August? Of course there were. Here are some that even I have heard of. 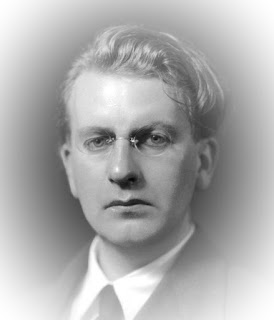 I’m smarter than the average Baird.

Alfred Hitchcock 1899 - Film maker. Factoid: He didn’t have a navel. Don’t ask me how I know that.

Basil Spence 1907 - Architect. Designed Coventry Cathedral. He also designed the school I went to. It’s now been flattened to make way for a more modern (blander) building and a housing estate.

George Shearing 1919 - Jazz pianist. Here is a performance of his own composition, Lullaby of Birdland.

Howard Marks 1945 - Drug smuggler. Five years ago I included him in our birthday honours and told the story that The Small Faces song Here Comes the Nice was written in his honour. I have since found out that, although he was known as Mr Nice, there is no connection. One of those apochryphal stories, I’m afraid.

Ric Parnell 1951 - One-time drummer with Atomic Rooster. Perhaps more famous as Mick Shrimpton in This is Spinal Tap. Perhaps not.

Dean Marriott aka D. Ramirez 1970 - Musician. Had a UK number 2 with this remix of Bodyrox’s Yeah Yeah.

Roddy Woomble 1976 - Musician. Frontman for Idlewild. Here is their only top ten song to date, You Held the World in Your Arms.

James Morrison 1984 - Singer-songwriter. Here’s his first big hit, You Give Me Something.

Mostly, I enjoyed hearin' you record You Give Me Somefing. Me and da other bros was finking, dint yo also 'as da hit wif Nelly Furtadoes. What was dat hit on da hi-pad?

How did The Grambler’s predictions fare last time? We won. Not really. 74 pees back from a £2.20 outlay doesn’t really count, does it? What happened? Read on...

Burnley recovered from the shock of conceding an early goal to earn a draw at home to Luton Town.

The Hatters took the lead through defender Dan Potts after the Clarets were unable to clear a corner.

Home fans had to wait until after the break for the equaliser as midfielder Josh Brownhill beat keeper Ethan Horvath with a low shot from outside the box.

It was their only effort on target in the match.

The hosts created more chances and nearly went ahead early on but Emil Riis' left-footed drive was saved by visiting goalkeeper Matt Ingram.

Preston piled on the pressure in the second half and Robbie Brady's shot from outside the box rattled the post after taking a deflection.

Troy Parrott looked certain to break the deadlock and put North End ahead when he found himself through on goal in the closing minutes.

But the striker had one too many touches and Tigers goalkeeper Ingram managed to get a hand on the ball before it was cleared off the line by Jacob Greaves.

Iliman Ndiaye gave the Blades an early lead, planting a firm right-footed shot into the corner of the net.

And midway through the first half it was 2-0 when John Fleck seized on Charlie Cresswell's poor miscue and squared to Sander Berge who rounded goalkeeper Bart Bialkowski and slotted in.

Luke Thomas scored the only goal as Barnsley beat Cheltenham at Oakwell.

Cheltenham had the first clear chance after a Taylor Perry cross found the feet of Dan N'Lundulu, who shot wide from inside the box.

Barnsley had the ball in the back of the net four minutes after the interval as captain Mads Andersen tapped home, only to see the goal ruled out for offside.

The winner came in the 66th minute when Thomas drove forward after intercepting a loose Cheltenham pass, hitting a fierce strike into the left side of the goal to beat Luke Southwood.

Kitching almost added a second goal in the final minute when his effort went just over the bar.

A dull game at Fratton Park tested the players' fitness in sweltering conditions.

In the first 45 minutes Lincoln failed to have a single shot on target, whereas Pompey managed four.

Reeco Hackett had the best of those chances on 43 minutes, having two bites of the cherry. His first effort bounced off goalkeeper Carl Rushworth, but his follow-up effort under pressure was way over the crossbar.

The second half did not fare much better, although Pompey made four substitutions and Lincoln two.

The changes brought the game to life, but shots on target and goals failed to materialise.

First weekend of the new season, what can I say? Three hit the bars? Not good enough. Come on Grambler, buck your ideas up. What has he/she/it come up with this week?

I was born in Corbridge, Northumberland in 1960. I played as a centre back for several clubs during a 20 year senior career, most notably a nine year spell at Manchester United where I made 309 appearances. Though I was captain for Man U., steering them to a league and cup double in 1993. I am now known for my managerial skills having managed 11 clubs since 1998.

2. Which side won the National League title this year to end an 11 year absence from the Football League?

3. Whose transfer to Rangers in 2000 is still a record paid by any Scottish club?

4. Which Dutchman managed Newcastle United in the 1998-99 season?

5. Who won a fifth consecutive Bundesliga top scorer award in 2021-22?

How about five for this week?

I was born in Ruabon, Wales in 1963. I began my senior career at Manchester United before being transferred to Barcelona for a record (for a British player) £2 million. I then returned to Man U., playing over 250 games. After seven years, I was transferred to Chelsea and had short spells at Southampton and Everton before ending my playing career at Blackburn Rovers. I was capped for Wales 72 times and became the national side’s manager in 1999 while still playing for Southampton.

2. Who won the first ever Premier League Golden Boot award in season 1992-93?

4. Which player has scored the most goals in a single season? Bonus: how many?

5. Another daft one to finish. On the 4th of May this year, Steve Hodge bought Diego Maradonna’s 1986 shirt at auction. How much did he pay for it?

Click on this link: https://www.youtube.com/watch?v=26HWQXMalX4. The amount raised is a little out of date; it is now sitting at over £60,000.

And finally, Cyril? And finally, Esther, I am indebted to Messrs R. Hull, E. Mu and M. Parkinson. Yes, this week’s finishing clip is that moment when Parkinson got attacked by Rod Hull’s psycho puppet. Incidentally, Billy Connolly was also a guest on that show and he warned Mr. Hull with the words, ‘If that thing comes near me, I’ll break its neck and your arm.’ Ladeez and genullum, enjoy Emu vs Parky.