Week 5 - The Grambler on disappearing trades

Stewart was an amazing person -  A wonderful husband, a fantastic brother, a loving son and an adored uncle.  He was also a brilliant friend and colleague and is missed by so many people. His family are determined that his death will never be in vain and are doing their part to beat bowel cancer for good.  We are fundraising for the Bobby Moore Fund which is part of Cancer Research UK and specialises in research into bowel cancer.  If you wish to donate to the fund, you can via https://www.justgiving.com/Geraldine-Smith3 .

If you haven’t already done so, please read the article which appeared in the Daily Record and learn from Stewart’s story that you must never be complacent.  It makes grim reading for us, his family, even though we were beside him throughout his ordeal, or battle; call it what you will. http://www.dailyrecord.co.uk/lifestyle/heartbroken-widow-geraldine-smith-raises-3452997

Similarly, if you haven’t heard it, please listen to Geraldine’s moving radio interview which was on Radio Scotland recently.
https://www.youtube.com/watch?v=V5SZQo1EW_c&feature=youtu.be

Stewart began writing The Grambler when he was between procedures and hoping for some form of recovery.  He loved all aspects of football and was a lifelong Motherwell supporter.  His wish was that The Grambler should continue after his death and I have been happy to oblige.  Welcome to The Grambler, the most ill-informed blog you are ever likely to see. Read on and enjoy…

I've been thinking [Dangerous. - Ed.].  You don't see many rag and bone men these days, unless you're watching repeats of Steptoe and Son.  When I was a kid, out playing in the street with my mates, if we heard an out of tune bugle, everyone rushed inside to get something for the rag and bone man.  Only one item, mind, because no matter what you gave him, the reward was the same - a balloon on a stick.  I remember my mother gave me a whole carrier bag full of stuff the first time I asked for something to give him.  She was not impressed with my payment, and went haring down the street after him.  I'm not sure if it was to get the bag of old clothes back or to demand another balloon.
Lots of jobs seem to have disappeared over the years - coalman, milkman, lighthouse keeper, lamplighter.  Another is explorer.  Not much need for explorers these days.  Just go to Googlie Earth and you can explore the whole planet from the comfort of your armchair.  And yet, there is still someone out there who is dubbed 'explorer'.  Step forward Sir Ralph Twittiface-Whittowoo Phines (or whatever he's called).  Adventurer might be a better term, but he still likes people to think he is actually doing something useful.  No, Sir Randolph, you are just mucking about.  Heading up to the North Pole in carpet slippers is not exploring, it is simply going somewhere that has already been found, but in a ludicrously stupid fashion.  You, Sir Rancid are, to exploring, what Jems Vacuum-Cleaner is to inventing.  If I head down to my local shop wearing moose antlers and plus fours, does that make me an explorer because nobody's done it before?  Of course it doesn't.  People would just call me a tw*t, which is exactly what they should call you.  Explorer indeed.
What bugs me more than him being stupid enough to go on these crazy jaunts is the fact that he gets publicity whenever he heads off on another dangerous expedition.  For dangerous expedition read stupid stunt (I said stunt).  There he is up on our tv screens hauling a sledgeload of provisions up Snowdon in preparation for his next polar safari, wearing his new carpet slippers and the beeb beeb ceeb reporter is using words like courageous, brave and hero instead of the more correct terms foolish, senseless and loony.
Anyway, off he goes on his little trip and nobody pays much attention.  On his return, there he is, back on our screens telling us all how treacherous it had been and how he ended up losing some of his toes due to frostbite.  Normally, I would be sympathetic if someone got severe frostbite, but I am willing to make an exception for Sir Rudolf.  In his case I am definitely lack toes intolerant.
[You made us read all that tosh just so that you could end with a crummy play on words?  Shame on you. - Ed.].
Back to the subject of jobs that have disappeared; you don't see many Jimmy Saville impersonators these days, either.

Any birthdays to celebrate this week?  Which famous folk came into this world on the 5th of September?  Johann Christian Bach 1735 (Welsh composer), John Wisden 1826 (Yes, yes, yes, it's my Wisden's almanac), Jesse James 1847 (Son of a preacher man), Daryll F. Zanuck 1902 (Known as 'Iron Filings'.  Why?  Because he was a film Magnate!  Boom and, indeed, tish. Please yourselves.), Bob Newhart 1929 (Gzorganblatt - There's an obscure reference for you.), George Lazenby 1939 (Everybody's favourite Bond... apart from Connery... and Moore... and Brosnan, of course... oh, and Dalton... not forgetting Craig.  Apart from them lot, everybody's favourite Bond.), Clay Regazzoni 1939 (pasta made of pottery), Raquel Welch 1940 (Ahot. - Another obscure one for you.), Werner Herzog 1942 (Wearing a hedgehog?  Surely not.), Al Stewart 1945 (Came up to London when he was 19, apparently.), Freddie Mercury 1946 (Who?), Loudon Wainwright III 1946 (Captain Spaulding - the singing surgeon), Michael Keaton 1951 (Buster's lad), Dweezil Zappa 1969 (Electronic device for killing insects.) and George Boateng 1975 (Dutch footie bloke.).
Anyone in amongst that lot able to give us a toon to gramblerise?  Got to be Freddie and his big solo hit...

Sometimes I feel I'm always grambling too fast (so lonely)
And everything is grambling down on me, down on me
I go crazy
Oh so crazy - grambling on my own

Time to move on to grambling matters…

How did The Grambler’s predicting skills fare last week?  They didn't, because we didn't have a gramble.  The week before, I meant.  Let's just say we won and lost.  The usual thing.  Stake money £2.20, money back 92 pees.  Oh well.  Let's move on swiftly to this week's predictions, shall we?
Flipping Internationals have messed up the number of games on this Saturday, the 5th of September.  Thus, there are only 29 league games taking place at 3pm for The Grambler to randomly select from.  So what has he/she/it come up with?

…and if the bets (10 x 20 pee doubles plus 1 x 20 pee accumulator) all go as predicted by The Grambler, the Bobby Moore Fund will benefit to the tune of… fanfare please…
£8.55
Not much, but look at the odds for that Rangers/Raith Rovers game.

It’s Teaser time.  Yay!  Two weeks ago I asked you how many current Premiershit clubs have green in their badges.  The answer is three - Liverpool, West Bromwich Albion and Norwich.  Well, that was an easy one, how about one for this week?
Remember that world cup?  You know, the one that England won?  How about this?  Which player won the golden boot award for being the top scorer?  An easy one, that.  Try to answer it without resorting to Googly for the answer.
…..oooOooo…..

Once again, let’s finish with a mention of the main reason for continuing to publish this blog – to raise awareness about bowel cancer.  If you have any bowel problems, don’t be fobbed off with the line that you are too young for bowel cancer to be a consideration.  Just point your doctor in the direction of http://www.bowelcanceruk.org.uk/campaigns-policy/latest-campaigns/never-too-young-campaign .

And finally, Cyril?  And finally Esther, we haven't had any dodgy album covers for a while, so here's one that will have you wondering how many cans of hair lacquer were used for this photograph.  That is big hair. 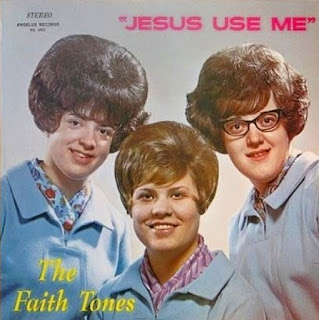