Do you know what news item newsreaders dread the most? Having to read out that some company has laid off staff and having to use the words ‘jobs blow’. Their fear is that they might mix up the order of the words ‘jobs’ and ‘blow’.


What an odd way to begin this week’s (g)ramble. You will understand why I began it like that, shortly (Don’t call me Shortly.). What has caught my ire this week? Smokers [Again? You’ve done that. - Ed.]. You know that I don’t agree with smoking. To be honest, I can’t even understand it. Who came up with the crazy idea of sticking some leaves in the gob and setting fire to it? Any road up, it isn’t so much smokers that I am thinking of; more those that are trying to quit smoking by sucking on those contraptions known as electronic cigarettes. Do they realise how suspect they look? Suspect, you ask. Indeed. They caress this phallic-looking object, then they put their mouth to it and... Maybe it’s just me that’s got a filthy mind but it all looks just a bit too much like the old Cadbury’s Flake advert. Do you remember that one? It was a bit near the knuckle, wasn’t it? Comedians (and I use that word in a pretty loose sense), Hale and Pace, nailed it when they altered the words of that advert to ‘Only the horniest, porniest advert claims it’s for chocolate, but we know the score.’


All this set me thinking. [Dangerous. - Ed.] Perhaps that is the way to make everyone stop smoking. How? Embarrass them. Point out that the only reason they smoke is to send out the message that they want to indulge in a particular type of sexual activity. I have alluded to it enough already, so I don’t think I need actually name it [Thank goodness for that. - Ed.]. Already, smokers are treated like lepers by being made to stand outside buildings; if people started equating smoking with blow... that sexual activity, smokers would be shunned completely. If a bloke continued to smoke, I reckon his friends would soon desert him. And any woman that smoked; well, she’d be no better than she ought to be.


What a brilliant plan. How do we go about putting this message across? Well, if anyone says they are nipping out for a quick fag, just start a wee snigger and, if there is anyone else with you, indulge in an elbow nudge or two, a wink perhaps. Smokers would soon get the message and give it up on the spot.


No, no, don’t thank me for eradicating smoking; just look on it as my gift to you.


Now, who amongst that lot could provide us with a toon to gramblerise? There is a few to choose from. Not Chubby Checker, because we had Let’s gramble again last year. I think Eddie Cochran is the man...


A look a-there, here she comes
There comes that girl again
Wanted to gramble her since I don't know when
But she don't gramble me when I pass
She grambles all the guys from outa my class
But that can't stop me from a-gramblin' to myself
She's sure fine-gramblin' man, she's something else


What can I say? That really was something else.

Let’s move on to grambling matters. How did our bet go last week? We made an improvement on last week. Yay! Yes, this week The Grambler’s predictions brought us a return of £1.79 instead of the £1.55 of the previous week. Woo! Here is just a quick rundown of the results.


Reds midfielder James Milner opened the scoring after 66 seconds against his former club from 20 yards.


Striker Daniel Sturridge - scoring his first goal since March - doubled their lead after the break with a volley following a one-two with Milner, but Rudy Gestede pulled one back from close range.


Liverpool boss Brendan Rodgers had been under pressure after six games without a win, other than Wednesday's League Cup penalty shootout victory over Carlisle. 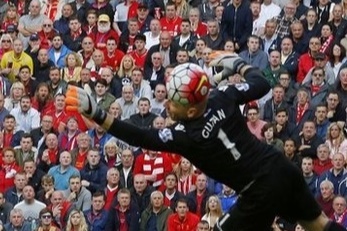 
Virgil ‘Dick’ van Dijk scored his first goal for Southampton who eased to a comfortable victory over Swansea.


The Dutch centre-back, who signed from Celtic in the summer for £13m, headed in at the near post to give the Saints an 11th minute lead.


Dusan Tadic made it 2-0 after the break when his attempted cross went in off Ki Sung-yueng before Sadio Mane slotted in the third from inside the area.


Gylfi Sigurdsson scored a penalty for the Swans in the 83rd minute.


Lee ‘Acute’ Angol and Chris Forrester made it seven points from three matches since the sacking of Peterborough manager Dave Robertson.


Angol tapped in after Marcus Maddison's low shot was saved, before Forrester rifled home when Souleymane Coulibaly's effort was deflected.


The hosts, who had lost their four opening League One matches at home, came close when away goalkeeper Colin Doyle denied Tyrone Barnett's strike.


Blackpool struggled to create, finally falling behind when Larnell Cole set up Jean-Louis Akpa Akpro to drill home on 73 minutes.


Five minutes later, Cole then set up Akpa Akpro to lift it over Doyle.


Tom Bradshaw opened the scoring with a bullet header from an Anthony Forde cross as Walsall made a fast start.


But defender Ben Nugent equalised for Crewe on 18 minutes with a left-foot shot from the edge of the penalty area.


Forde missed the best chance to take all three points when he scuffed an effort wide from close range, before full-back Jason Demetriou hit the bar. 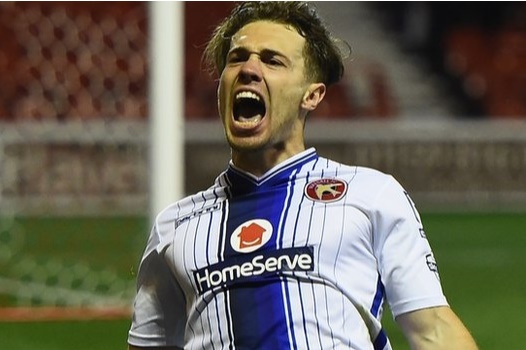 Tom Bradshaw panics as he realises
that he can't close his mouth.


Let’s see what The Grambler comes up with this week. Can he/she/it predict his/her/its way to profit for once? Come on Grambler, it isn’t much to ask. So, here are your five selections from this week’s games (all take place at 3pm on Saturday the 3rd of October.


Could this be our first big winner of the season? Doubt it.

Teaser time! Yay! Last week I asked you who was the last British player to be the top scorer in a Champions League or European Cup competition. The answer was a certain player for, and later manager of, Rangers - Mr Alistair Murdoch McCoist. Last I heard, he was about to reach a settlement with his former employer (Rangers) after a nine month spell on ‘gardening leave’.


One for this week? Which current national coach (as in football, not buses) has formerly managed Wycombe, Norwich, Leicester, Celtic, Aston Villa and Sunderland? Easy peasy, lemon squeezy.

And finally, Cyril? And finally Esther, I am indebted to those chappies who took care of the Cadbury’s advertising account in the 1960s. This advert for their 'Flake'  may well have been banned. If it wasn’t, it certainly should have been. I am sure it would have prompted Mary Whitehouse to write a few letters of complaint to the advertising authorities.

Happy Grambling.
Posted by The Grambler at 15:16