Hello folks. You must be wondering what happened to your weekly dose of random gramblings (or grandom ramblings if you prefer), well, there is a very good reason for this week’s late late posting. I wanted to include the biggest story of the week?


What could that be, I hear you ask. Could it be England’s footy team reaching the semi-final of the World Cup before anyone rumbled that they were pretty useless? Nope. Not a big enough story.


Could it be the story of Donald Fart visiting Britain to a rapturous welcome? [Do I detect a touch of sarcasm? - Ed.] Well, Mr Fart thinks that everyone in the UK, Ireland and Scotland (his geography mixup, not mine) likes him a lot. That was obvious by the warm welcome of a re-worded version of Hey Baby Ooh! Ahh! Hopefully, anyone reading this who doesn’t approve of swearing [Surely, nobody. - Ed.] won’t be able to make out that last word of the chant.


Anyway, that’s still not the biggest story of the week.


The biggest story was that the annual Tea for Stewart took place on Saturday.


This was the fifth such event run by Mrs G. Normally, she holds the afternoon tea in our back garden with four sittings of 25 or so people at each. Last year, however, it was becoming a little too successful, with 43 people being present at one of the sittings. She felt that this year, although she didn’t want to lose the garden party atmosphere, a different venue had to be considered.


Other factors also had to be taken into account apart from the large number of folk attending. What if the weather was foul? We already had to put gazebos up to shelter folk from the odd wee shower, but what if the whole thing had to be moved indoors? While my garden might be just about large enough to take 43 people, my living room certainly isn’t.


We already had to borrow boxes of cups and saucers from our local church, as well as several large tables. Those tables were huge, as well. We had to enlist the help of somebody with a very large estate car to transport them. Also, we borrowed a gazebo from the church... Hang on a mo... Why are we carting all this heavy stuff from the church? Why not actually hold the event in the church and be done with it?


So, this year, that is exactly what we did.


Apart from not being able to sit out in the open air, there were no drawbacks to the plan. In fact, there were plenty of advantages. The church hall could comfortably seat 96 people, so Mrs G could have just two sittings, instead of the previous four. The church kitchen is bigger than that in our wee hoose, so more space to make up sarnies. It was the perfect solution.


120 people turning up for the first sitting, that’s what. Attendance is regulated by Mrs G who had a list of those planning to come to each sitting. She knew of about 80 for the first sitting. 120? How could she have got it so wrong? 50% more than expected? What she hadn’t, and couldn’t have, accounted for were those folk who had told her weeks ago that they ‘might make it’ but had never contacted her to say they were definitely coming. Nor could she have considered those that said they were coming with a friend but actually turned up with three friends. There were also those who had changed their minds about which sitting they would go to and, instead of coming along at 4.00pm came to the 1.30 session. Arrrggghhh!


Then there were those who simply turned up because they had heard about something taking place in the church. This was brought home to Mrs G when she spotted a woman sitting by herself. Mrs G didn’t know the woman and the woman didn’t know who Mrs G was or why she was raising money for the Bobby Moore Fund. When Mrs G explained about it being a Tea for Stewart, the woman hadn’t even heard of Stewart or our reason for holding the event. Double Arrrggghhh!


Thankfully, we managed to cram everyone into the hall and all those present enjoyed some fine victuals.


Just how successful was this year’s event? Well, two years ago, a terrific total of £1456 was raised. Last year, an even better total of £1920 found its way to the fund. This year? Are you ready for this? The total amount raised for the Bobby Moore Fund is...


You can see how our fundraising is progressing at the Justgiving page already quoted... https://www.justgiving.com/Geraldine-Smith3. If you are feeling generous and wish to donate to the fund, please do. Every penny raised goes straight to the Bobby Moore Fund to help in the research for better treatments and, one day perhaps, a cure to the b*st*rd*ng horrible disease that is bowel cancer.


I like to think that Stewart (the founder of this wonderful blog) would be pleased that we are doing our bit by raising funds for the charity which he said was close to his heart and his bowels. 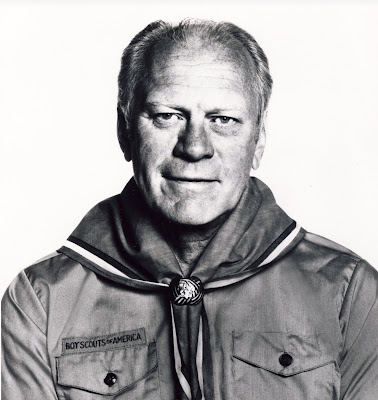 Let’s move onto grambling matters. How did last week’s bet fare? Rubbish. Not a penny back.


There is no bet this week as we are so late with the posting, so The Grambler can rest his/her/its processor.


Teaser time. Yay! Last week I asked you how many times have all four semi-finalists been from Europe. The answer, including this year’s competition, is five times. For a bonus, I asked you, prior to this years competition, when was the last occasion it had happened. The answer to that part was 2006 when Italy beat France in the final; a final that was overshadowed by this incident as Zinedine Zidane scuppers his team’s chances of winning.


One for this week? As I write this, the World Cup is over with France beating Croatia 4-2 to win the final. This tournament’s golden boot winner, Michael Caine, received his award having scored fewer goals than the recipient who scored the most goals ever en route to collecting the trophy. Your teaser is, who was that man and how many goals did he score?

And finally, Cyril? And finally, Esther, I am indebted to birthday celebrant Mr D. Mitchell and his (occasional) comedy partner Mr R. Webb who provide us with our finishing clip. Please enjoy my favourite sketch from That Mitchell and Webb Look...  Are we the baddies?