Week 48 - The Grambler and the hosepipe


News must have been a bit thin on the ground this week. Well, the World Cup and Wimbledon were finished, Donald fart had left the UK and nobody had resigned from the Tory party. What could the newshounds from the British Broadcorping Casteration sniff out? (Do you see what I did there?) What was the most important news in the whole world? According to the Beeb it was a hosepipe ban. That was the main story. A hosepipe ban, for goodness' sake. To explain, that doesn't mean that hosepipes themselves were illegal. That would be silly. But actually using them will soon be illegal, which isn't silly... or is it?


It wasn't to apply throughout the country either, just in the north west of England. Why is that deemed to be newsworthy?


There has been no rain to speak of for months, so the level of water in the reservoirs is getting low. That much is obvious, so restricting the wastage of water makes perfect sense to most people. Most people, that is, except the numpties at the Beeb Beeb Ceeb.


The problem for the Beeb when they ran the ‘news’ story was that nobody was particularly bothered by the fact. They interviewed a few people and not one of them was in the least bit fazed about not being able to use a hosepipe. Why would they be? They could still water the garden using a watering can or wash the car using a bucket of water. Apart from the convenience of being able to use a hosepipe, there was no change.


The Beeb must have been a bit disappointed that no-one shared its annoyance.


But wait. There's more. And this was why I wondered whether the banning of using a hose was silly. Reporting the matter was daft enough; but even dafter was that the ban doesn't come into effect until the 5th of August. And? Those people who currently use their hose have another fortnight to waste water... 'Well I may as well give the grass a good soaking while I'm at it.' And human nature being what it is, I am pretty certain that those who don't currently use a hosepipe will immediately think... 'Oh no, there's going to be a hosepipe ban soon, I'd better start using a hosepipe in case I'm missing out on something.'


Just you watch, the shrinking water stocks will shrink even faster over the next couple of weeks... And I'll wager that Argos will run out of hosepipes pretty quickly as those people who don't own a hosepipe buy one just so that they can waste water like everyone else. 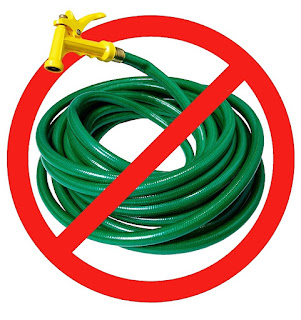 Were any famous or notorious people born on the 21st of July? Of course, here are some I’ve even heard of. Paul Reuter 1816 (Newshound.), C. Aubrey Smith 1863 (Ectaw, dear leddie.), Ernest Hemingway 1899 (Orfer who spent a lot of time in Cuba, indeed the owners of just about every bar in Havana claim that he drank in their establishment. And they may well be telling the truth.), Marshall McLuhan 1911 (Orfer. I haven’t really heard of him, other than he was namechecked in this.), Isaac Stern 1920 (Fiddler. Have another clip.  Here's some Saint-Saens.  [Not for me; I've just eaten. - Ed.] Errz iss week’s bit of cult’yur fur yeez.), John Horsley 1920 (Ectaw. Reginald Perrin’s doctor.), Kay Starr 1922 (Chanter. Here’s Kay in 1983 with her 1956 hit Rock and Roll Waltz.), Mollie Sugden 1922 (Go-to comedy actress. Forever having problems with her pussy.), Queenie Watts 1923 (Ectress from Lahndon, ennit. Gor blimey!  Let's ev anavver clip.), Don Knotts 1924 (Comedian, it says here.), Paul Burke 1926 (Actor and rhyming slang.), Norman Jewison 1926 (Film director.), Bill Pertwee 1926 (Comedy actor. Hodges in Dad’s Army.), Jonathan Miller 1934 (Doctor, theatre and opera director, ectaw, orfer, television presenter and humorist... in fact, a right old smarty boots.), Kim Fowley 1939 (Musician and manager of the Runaways. Have a trip... sorry... clip.  Hmm.), Henry McCullough 1943 (Geetarist. Here’s he is telling us that he holds a driving licence.), Barry Richards 1945 (Sarth Ifrican creekutty blake.), Cat Stevens aka Yusuf Islam 1948 (Musician. Have a clip. Here’s a piece of film he might rather forget.), Robin Williams 1951 (Comedian, it says here.), Ross Kemp 1964 (Ectaw... You slehhhg.), Sarah Waters 1966 (Orfer.), Paul Casey 1977 (Golfy bloke.), Josh Hartnett 1978 (Actor.), Damien Marley 1978 (Singer/songwriter. Time for another clip? Here’s Living It Up.), Gary Teale 1978 (Footy bloke.), Paloma Faith 1981 (Singer/songwriter. Here’s her biggest hit to date... You have been warned.) and Chris Gunter 1989 (pêl-droediwr.).
I've received a letter...
Dear Kate Grumble,
We are big fans of the songstress Paloma Faith and have all her singles and her first three albums.  We haven't got her most recent one yet and would like to buy it, but neither of us can remember the title.  Can you help.
Yours affectionately,
D. Ark, E. Tekt.

Let’s move onto grambling matters. Nothing to report from last week as thegrambler.com was published too late to place a bet. So what has The Grambler randomly selected for us this week?


The selections have been made. All races take place on Saturday the 21st of July. Let’s see how much we could win in the unlikely event that the results go as predicted.

Teaser time. Yay! Last week I asked you which World Cup golden boot winner scored the most goals en route to winning his metallic footwear. The answer was Frenchman Just Fontaine who scored 13 goals in the 1958 World Cup finals.


One for this week? Another World Cup question... Sort of. Way back in 1994 Engerland didn’t qualify for the World Cup finals. A team which didn’t qualify in 2018 pipped them for a place. That team was the Netherlands and it was unusual because it featured two sets of brothers. Can you name them? Easy peasy?


And finally, Cyril? And finally, Esther, I am indebted to birthday celebrant Sir Jonathan of Miller. He became famous in the early 1960s when he co-wrote and performed in Beyond the Fringe with Alan Bennett, Peter Cook and Dudley Moore. It is widely regarded as being the show that started the so-called satire boom of the 60s. What better to finish this week’s (g)ramble than that very show?  Ladeez and Genullum please enjoy Behind the Fridge.