Week 46 - The Grambler on the unkindest cut of all

It has been announced that, in an effort to save money, the NHS in England will no longer be carrying out unnecessary or ineffective operations. Good. I'm all for that. What is the point in having an operation that fits into either of these categories? One of those mentioned was breast reduction or augmentation. So again I say good. No more of these sex change ops on the NHS, then. All financed by us tax payers. Don't get me started.


However, some of those ops on the list are not, to my simple mind, unnecessary. One that was listed was removal of tonsils. I recall a child who aged less than ten had suffered from sore throats for years and eventually, the only solution was deemed to be an operation. Hey presto. No more sore throats. The operation proved to be both effective and necessary.


Another blacklisted operation is for carpal tunnel syndrome, or repetitive strain injury. This is a painful condition that I have myself suffered from. It is horrible. I found it impossible to sleep when I had it. Eventually, I was given an op to alleviate the problem and, hey presto once again, no more pain. Definitely another effective and necessary op in my book.


Okay, the list is qualified by the suggestion that these ops would still be carried out of there was absolutely no alternative.


Some operations make me wonder though. How about alteration to the nasal cavity to prevent snoring? Seriously. That is a procedure that is currently available. Apparently, it doesn't work.


Another procedure is for the removal of facial blemishes. Honestly, I'm not making these up.


To my mind, anything that is carried out for cosmetic reasons or where there is a problem that is not causing actual pain should be the ones that should be on the ‘now not allowed’ list. And the list should also include those procedures that can lead to complications at a later time; breast implants and gastric bands are just two examples I can think of.


Talking of breast matters. The other week I saw an elderly lady sitting in a cafe having a cup of tea and a cake with a friend. [Really? How interesting. Yawn. - Ed.] Okay, there is nothing odd about that. What I couldn't help noticing was that the lady had had one breast removed. She didn't try to hide the fact that she was distinctly lop sided. And she certainly didn't appear to be the type that was doing this to make some kind of statement. Instead, it seemed that she was comfortable with her shape and was continuing with life despite having had major surgery. Good for her, I say... and I don't mean to sound patronising by saying that. I honestly believe that she is right to avoid disguising what has happened to her; so refreshing in an age when appearance is perceived to be so important.


Apparently, the secret of good writing is to ensure that you stick with the topic and don't wander from one subject to another for no reason.


I saw a boxer the other day. The canine variety, not the bloke who commits assault and battery for a living. There was something very odd about this animal and it took me a while to work out what it was... It had a tail. That was why it looked unusual. I don't think I have ever seen a boxer without a docked (chopped off) tail before. It was the first time I have noticed an example of this breed that hadn't been cruelly mutilated.


On reading into the subject, I realised that it must have been a long time indeed since I had seen a boxer. The practice of docking tails and clipping ears, that is a procedure to force lop ears to stick up, has been banned in this country for well over ten years.


Possibly, I hadn't seen a long tailed dog because there is another suspect practice among dog breeders of breeding deformities into a particular type of dog. So it is quite possible that I have seen boxers over recent years, but they have a bob tail deformity bred into them.


Basically, it is genetic engineering.


Any road up, the practice of surgically altering a dog's appearance for supposedly aesthetic reasons is now banned because it is considered to be cruel to the animal.


Now then, let's head back to our original topic. [I wondered if there might be an explanation. - Ed.] If an unnecessary procedure on an animal has been banned for its barbarity, why is something even more barbaric and totally unnecessary still allowed for our own species?


What am I talking about? It’s an operation which wasn’t on the ‘now not allowed’ list. It bl**dy well should be, though. Circumcision, that's what I’m talking about. The unkindest cut of all, as Spike Milligan put it. I mean, cutting off part of a boy’s.... It brings tears to the eyes just thinking about it. How utterly cruel is that? There is absolutely no reason to carry out such an operation and to allow it to be done on religious grounds is the worst excuse in my book. Often, it is a procedure performed on babies only weeks old. Often, it can go horribly wrong. It is mutilation pure and simple. Why? Why is it still allowed in a so-called enlightened society?


I'll end by paraphrasing Billy Connolly and his query about why anyone would ever think to milk a cow... Who was the first person to carry out a circumcision and what on earth did he think he was doing? 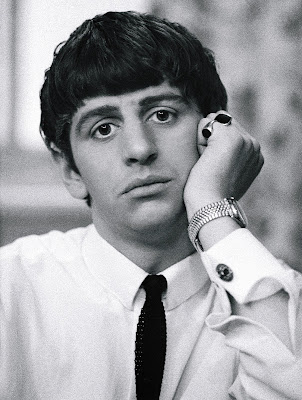 Let’s move onto grambling matters. How did last week’s bet fare? Not too badly. We got a return of £5.96. Four out of five gee gees won. Yay! Can The Grambler do it again? Or could he/she/it even improve on it? [Don’t talk daft. - Ed.]


What has he/she/it come up with?

The selections have been made. The bets have been placed (10 x 20 pee doubles plus 1 x 20 pee each way accumulator) and if they all go according to The Grambler’s Prediction, the Bobby Moore Fund stands to receive a whopping...

Teaser time. Yay! Last week I asked you which Spurs player scored a grand total of 28 goals for England. The answer won’t really surprise anyone; it was Jimmy Greaves. He was possibly the unluckiest member of the England squad that won the World Cup in 1966.


In the group stages England were drawn against Uruguay, Mexico and France with all of the games to be played at Wembley. England won the group and Jimmy Greaves started all three games. He failed to score and in the final group game, a win over France, he sustained a cut on his shin which required 14 stitches and forced him to miss the quarter-final tie against Argentina.


Geoff Hurst came into the team and scored the only goal of the game. With Greaves still out, Hurst retained his place in the semi-final win over Portugal. Jimmy Greaves was fit to play in the Final and Alf Ramsey had a decision to make. The manager opted for Hurst and with no substitutes, Jimmy Greaves was left sitting on the sidelines among the reserves.


One for this week? If you have been following the World Cup, you will be aware that all the semi-finals teams are European. Here is this week’s teaser... How many times have all four semi-finalists been from Europe? For a bonus, prior to this years competition, when was the last occasion it happened? A good one to start a discussion down the pub.

And finally, Cyril? And finally, Esther, in a week where our birthday honours include two politicians and the wife of former Labour leader Neil Kinnock, I am indebted to a Messrs Howard and Paxman for our finishing clip.


Politicians are known for their ability to ‘twist’ information to suit their own requirements. They often refuse to answer tricky questions. Here is birthday boy Michael Howard famously evading the question put by Jeremy Paxman.