The footy season has started up again. Woo hoo! But this week’s (g)ramble has nothing to do with football but concerns something that might ring some bells with a few of you at this time of year...


I have just returned from a holiday and you know what that means, don't you? Apart from last week's (g)ramble being late that is. Weight gain, that's what.


Any holiday I go, I eat too much, I drink too much and I always manage to gain a pound or seven.


The trousers I wear for travelling seemed looser on the outward journey, but they must have shrunk during the holiday, they were a bit tight when I was heading home.


Any road up, I promised you the return of an old favourite and here it is... The gramblerplan diet - the diet that really works.


Yep, the good old gramblerplan diet has been dusted off, given a rub down with an oily rag and has been pressed into service in an effort to encourage me to lose the flab.


Those of you who have read thegrambler.com from its early days (How are you both doing?) will know the simple rules of this foolproof way to lose weight: eat less and exercise more. Yes, it really is that easy.


You must be wondering what the catch is. There isn't one. Well... There is a kind of a catch. The diet obviously doesn't cost a penny to achieve... Indeed, you will probably find that you spend less because you won't be wasting your dosh on expensive processed meals. The catch is that for every pound (weight) lost, one pound (money) should be donated to the Bobby Moore fund.


What a brilliant incentive. But what if you gain weight during the diet, I hear you ask. Here is an even better incentive... You give two pounds to the fund.


So, all you good people out there in gramblerland who want to lose a few pounds... money as well as weight... let's do-oo-oo it.

Were any famous or notorious people born on the 4th of August? Of course, here are some I’ve even heard of. Percy Bysshe Shelley 1792 (Poety bloke.), Louis Vuitton 1821 (Fashion designer who began his business empire making trunks. The luggage type, not the swimming type.), John Venn 1834 (Inventor of a diagram.), Harry Lauder 1870 (Singer and comedian. A clip? Here’s Killiecrankie. Ye gods and little fishes! At the time he made that recording, he was the highest paid entertainer in the world. In the world!  Folk must have been easily pleased back then.), Ernesto Maserati 1898 (Racing drivery bloke... wonder what he did after he retired.), Queen Elizabeth 1900 (Betty’s maw.), Louis Armstrong 1901 (Trumpeter also known for his... erm... unusual singing style. Another clip? Have some cheesescake.), Martin Jarvis 1941 (Ectaw, dear leddie.), Klaus Schulze aka Richard Wahnfried 1947 (Synth meister. Have a bit of early electronica.), Moya Brennan 1952 (Singer/harpist [Most of the time, I’ve heard. - Ed.]. Enya’s big sis. Another clip? Here she is against the wind.), Billy Bob Thornton 1955 (Actor with a daft name.), John Wark 1957 (Footy bloke.), Ian Broudie 1958 (A Lightning Seed. Here’s a clip... Lucky you.), Mary Decker 1958 (Runny bloke. No relation to Desmond.), Barack Obama 1961 (Who?), Lee Mack 1968 (Comedian.), Kate Silverton 1970 (Woman who can read.), Luis Boa Morte 1977 (jogador de futebol.) and Antonio Valencia 1985 (futbolista.). 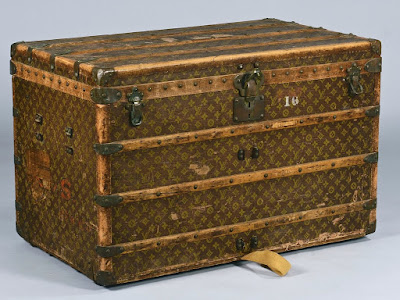 Nothing to do with Speedos or elephants.

We could call that a bit whopping. We could, but we won’t.

Teaser time. Yay! Last week I asked you spoiled Messi and Ronaldo’s party in the Champions League competition of 2014-15 by scoring the same number of goals to make it a three-way tie. The answer was of course the highest priced footballer of all time, Neymar.
Too easy? Okay, let’s make this week’s a tad more difficult. Here’s an interesting one. Who turned down the opportunity to manage Everton at the last minute in summer 1997, preferring to maintain his media career? As a bonus, who took over as manager (his third spell in charge)? Hmm...

And finally, Cyril? And finally, Esther, I am indebted to a Mr. L. McKillop. Who, I hear you ask. You perhaps know him better as birthday celebrant, comedian Lee Mack. Let’s finish with a few of his gags...
We’ve had to get a live-in nanny, ‘cos that dead one wasn’t working out.
I’ve always wanted to kidnap the ex-professional tennis player Pat Cash, so after his family pays the ransom I can ring them up and ask them ‘do you want cash back?'
I actually got mugged in Limerick. That’s the place by the way – not the style. I don’t mean someone came up to me and went: ‘Hello my name is Pete, I’m standing in the street, don’t be rash, give me your cash or I’ll kick you in the teeth.'
I’m in a relationship at the moment. Sorry girls… it’s going to have to be your place.
I`ve got two children. To be honest I always wanted 3 children. Now I`ve got two, I only want one.
I got recognized today in Dixons, a member of staff came up to me and said, ‘Hey you’re that mad bloke off the telly’, I went, ‘Thats me’, and he went, ‘No, you’re that mad bloke….off the telly!’
A market researcher said ‘can I ask you 10 questions’, I said ‘go on’, she said ‘question number 1 have you ever had a blackout?’ I said ‘no’, she went…’and finally, question number 10.’
My wife, she’s carrying our first child…he’s 8, the lazy little f*ck*r!
Two blind fellows walk into a wall.
I was told by the doctor that I was infertile and I couldn't have children, 3 weeks after that he told me that my girlfriend was pregnant. (proudly) Who's the daddy?
I remember the last thing my nan said to me before she died. ‘What are you doing here with that hammer?’
That’s all for this week folks, but remember you can read the musings of The Grambler every week by going to the blog at www.thegrambler.com
Happy grambling.