A long introduction this week…

I know that many of you out there see this blog as just the silly g-ramblings of an ill-informed, football-obsessed tw*t or tw*t.


However, occasionally something happens that sends such silliness out the window.  Recently, I was reading through some of the articles Stewart (the founder of the fantastic blog that is The Grambler) wrote for B3ta.com.  I reprint the last article he wrote for that august site exactly as it was written.  Unlike The Grambler which he continued right up to the end, he never added anything to B3ta after this one (posted 13th January).  You will agree with me, I am sure, that this is really really sad (but he still had time for awful gags).


‘Lovely thread for a Saturday morning, but I kinda got told a few days ago that I ain't got long left. I have not posted on here for long and I know that a lot of people won't know anything about me but last year I was diagnosed with bowel cancer and have undergone a ridiculous amount of treatment and surgery to fix it. Two days ago, they told me that there was nothing left that they could do other make me comfortable for the inevitable.

Despite being a B3tan for years, I never really started posting until the summer when recovering from an op. The humour on here has helped me through so much and I have been surprised by how well my crap puns have been received. Sadly, there seems to have been a few B3ta related deaths recently, but they shall never take our Teh Quo or Dick Beattie!

Basically, I'm taking the chance to say thank you to a bunch of internet strangers, if this is inappropriate feel free to delete mod-people. Not been able to do much new lately but here is one of my favourite crap-jokes what I spent far too long on.

Cheers and keep up the good work!’

Those words were written by a 27 year old who only two years previously had been fit enough to run several 10k races.  Bowel cancer, we are told, affects those over 50.  Unfortunately, nobody told bowel cancer. That is why this blog keeps banging on about it.  I can’t remember which campaign used the slogan ‘Don’t die of ignorance’, but it would seem quite appropriate in this case.  May I suggest a little light reading?  Go to  http://www.bowelcanceruk.org.uk/never-too-young , read and digest.

Okay, lecture over.  Let’s get on with the usual drivel.

Guess who’s birthday it is this week.  None other than comedian, actor, singer, dancer…in fact an all-round show-off…Dick van Dyke.  88 he is on the 13th.  You admired him in Bye Bye Birdie, you marvelled at him in Chitty Chitty Bang Bang.  And Mary Poppins?  Well, his performance in that just astonished you.  So this week we pay homage to Dick by gramblerising his most famous toon, Chim Chim Cher-ee.  And, just to make it as close to Dick’s rendition as possible, we refer to his book ‘English Accents’ – still the Bible for all Americans playing any British character wanting it to sound exactly right.  Whether it be cockney, , or Scottish you want to master, Dick’s reference book provides the perfect accent.  Unfortunately, it is all the same one. We make use of Dick’s phonetic spelling to make it totally authentic (or ahthennic as Dick would have it)…


A swoip is es loggy es loggy cen be,


Wall, blau me a kuss end thet’s loggy too.

What can I say.  Brilliant.  No, perhaps not.  That song won an Oscar, you know.  Probably in spite of Dick’s rendition than because of it.

This all leads me to a true story.  In the 1970s the Disney organisation thought it might be a good idea to make a sequel to Mary Poppins (or Murry Pappins in Dick’s phonetics).  Good idea.  Why not?  A writer was employed to write the script.  Pamela Travers, author of the Mary Poppins stories, was consulted.  Well, more than consulted; she was involved in the whole script-writing process.  The ‘Bert’ character would not be in this film [Thank God for that – Ed] but there would be another cheeky, chirpy cockney character to take his place.  He would be a costermonger…No I don’t know what it means either.  I would guess he mongs - sells - er… costers?  Oh, I don’t know.  Okay, I’ve just looked it up.  He sells fruit, apparently.  Why didn’t they just say that?  Anyway, everything was getting close to completion.  Casting was even discussed.  Who would Disney get to play this cheeky chappie?  Have a guess.  I bet you didn’t guess Michael Jackson.  Yep.  Michael Jackson.  Let’s get a squeaky voiced black guy (and he was still black at the time) to play a typical character from the early 1900s.  Lucky for all of us, the whole project was cancelled.  Phew!

Let’s get on with some grambling, shall we?

This week we have 58 games for The Grambler to select from.  All games take place at on Saturday the 14th of December.  So where is the selection?  Where’s Arthur?  Blimey.  Have I got to do everything myself?  Excuse me for a moment…


For our first game The Grambler takes us to where the Pensioners play host to the Eagles.  Right.  Grambler, far be it for me to tell you how you should gramble but, come on.  This is your worst prediction yet.  Look at the odds, for goodness sake.  We’ve never had odds like that.  And there is a reason for such odds.  sit second bottom of the league.  sit third.  Do you know what I reckon?  I reckon that with those odds and those league positions, are a bit better than Palace.  But then again… did lose last weekend and have won three of their last four.  Hmm…No.  Definitely not.  It ain’t going to happen.

I have just had a terrible thought.  With all the recent shenanigans  over match-fixing – you don’t think any players might read this blog and use it as an excuse to throw the game?   [ players read this?  Can they read? – Ed].


For our second game we head north to …sorry, where the Rovers play host to the Lions.  The Grambler reckons that Millwall can win this.  Both teams sit mid-table with only four points separating them.  ’s home record is pretty good; they have only lost two games at home all season.  Millwall have a pretty dismal record away from home, winning only one game on the road since the beginning of the season.  Based on such statistics, it would seem The Grambler is wrong again.  But, hold on there Bald Eagle, what about the teams’ last meetings.  Didn’t Millwall beat at last year?  Indeed they did, but returned the favour by beating Millwall at the Den later in the season.  So, wrong again, Grambler.


For our third game…Hang on.  Have you got something going on with Brentford, Grambler?  They seem to appear here every week.  Any road up, for our third game we head south again to in Brentford where the Bees, or as I like to call them, the Nylons, play host to the Latics.  At last The Grambler has predicted a result which appears more sensible.  Brentford sit in fourth spot and are down at number 14 (pop pickers.  Not arf).  Brentford have lost only two games at home this season;  have won six away from home, but three were cup matches.  Unfortunately, they have lost a great many more games on the road; eight this season.  The stats from the past couple of seasons show that Brentford are the better team, winning the past four encounters.  So, it looks like The Grambler has got this one right.  But hold on there Bald…oh, I’ve done that already.  Brentford’s manager of two years Uwe Rosler has just jumped ship and has moved up a league to manage Wigan now that Owen Coyle has been told to f*** off.  Brentford’s first team coach Mark Warburton moves into the manager’s chair.  Might this favour ?  Not according to Brentford chairman Cliff Crown who believes the new man will offer continuity at a key time.  He told reporters, ‘I believe Mark will offer continuity at a key time.’


I think I am happy to agree with The Grambler on this one.  Mind you, might improve a bit if they didn’t have David Mellor in midfield.  Blimey, he must be over 60!  And, anyway, I thought was his team.  It was their shirt he was wearing when he was caught with his trousers down [shorts, surely – Ed] with that Antonia Sancha.


Our fourth game takes us up to the to Molyneux where Wolves play host to the Dons.  Wolves are doing all right this season and are in second spot in the table on the same points total as league leaders Leyton Orient.  MK Dons are down at 12th spot having 19 points fewer than Wolves.  I think I have to agree with The Grambler who has predicted that this will be a home win.  Wolves have lost only twice at home this season.  How have the Dons fared away from home?  They managed to win a couple back in August, but since then, have lost every away game.  It is no use looking at recent head to heads to give us any guidance; this is the first time the two clubs have been in the same league – indeed the Dons have not played Wolves since their move from nine years ago.


Wolves also use the services of a famous celebrity – Lee Evans plays in midfield.  Can’t see how his Norman Wisdom crossed with a monkey routine is much use on the football field.


And finally, Cyril?  And finally, Esther we head south again to Kingsmeadow in on where the Wombles/Dons  play host to the Stags.  The Grambler has predicted that will win this one.  Six places and five points separate the two teams in the league.  sit the higher in the table in 12th spot, so The Grambler’s prediction would look to be correct. In 10 home games this season, have won 7 and lost 3.  So how have the Stags fared on the road?  From their last 6 away matches they have drawn 3 and lost 3.  Yes.  I think I’ll go with The Grambler on this one.

So there we have it, my fine grambling chums out there in Gramblerland.  Five predictions which, if they all come up with the 20 pee accumulator and 10 x 20 pee doubles will net the Bobby Moore Fund a staggering


It’s just such a pity about that – game.  All the others could conceivably go as predicted, but not that one.

To finish I include a picture of a packet of pakora mix I bought recently.  I liked the name. 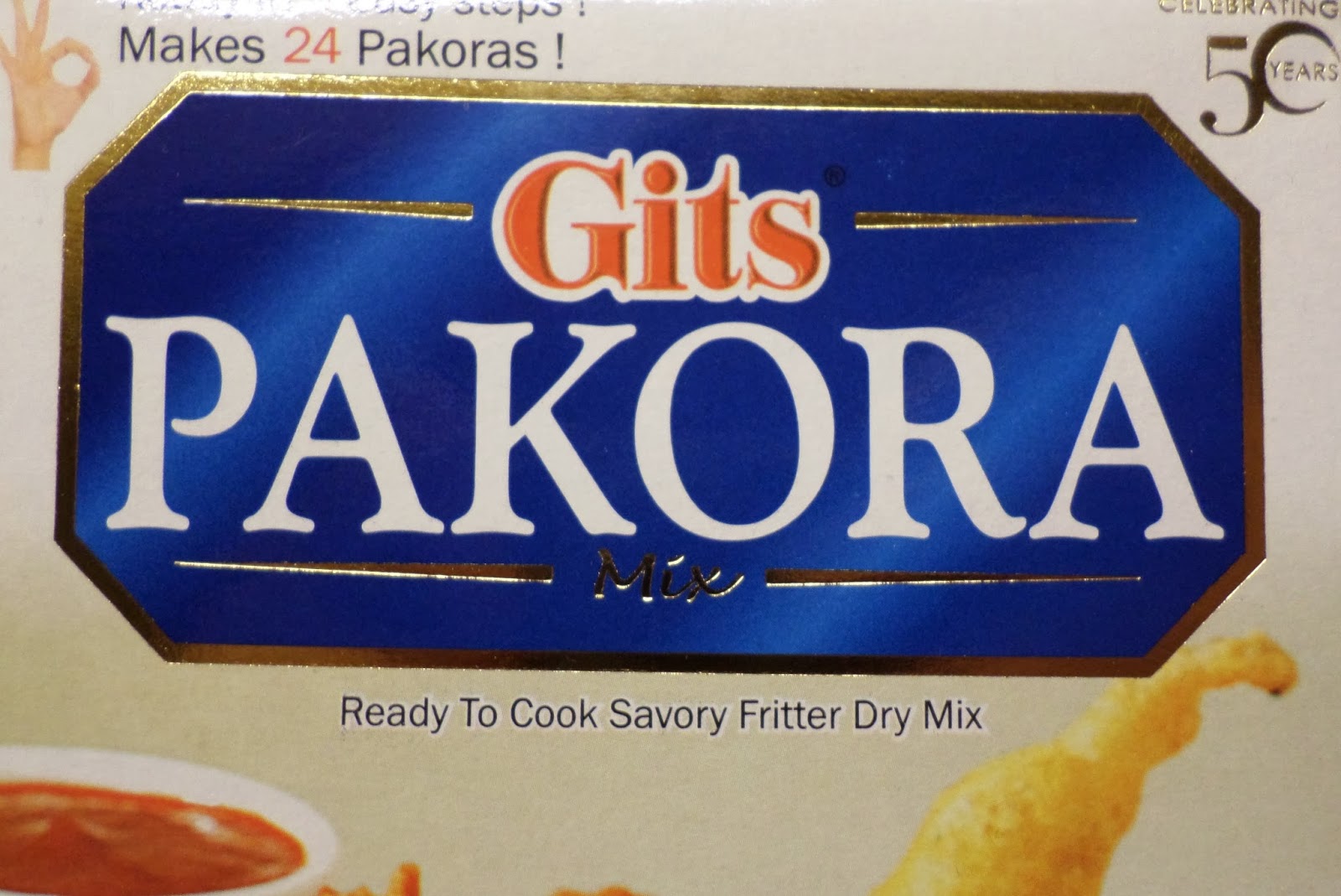 The shopkeeper assured me he would have sold it to me even if I wasn’t a git.  Hang on a minute…