Oh why hello there, you're looking swell!  So it's a new season starting today and unlike the last new season I invented (smepper - the delicious salt and pepper combo that was going to make me a millionaire) this one has toned down over the summer - not exactly Rooney style (i.e. by adding two stone...)  We are ready to make a realistic attempt at earning some cash for the Bobby Moore Fund this year.


To highlight exactly why we are bothering, I have spent most of the summer in hospital with a sheet over my head praying for an end.  Much like David Moyes.  The marquee signings have barely rolled in at Old Trafford, whereas across Manchester, Jesus Navas and Fernandinho to make up for the painful loss of Carlos Tevez.  In London, newly reinvigorated Chelsea have added German striker André Schürrle and Spurs have signed Brazil's answer to Paul Daniels (or some other guy called Paul)  Paulinho and Spanish striker Roberto Soldado, now owner of Hampshire's largest collection of mismatched acrylic socks.

Most changes have taken place on the management tree but there are plenty of exciting new talents to watch lower down the league, like the outstandingly named trio Ricky Van Wolfswinkel, Victor Wanyama and Florian Marange.  Of course, it all wires down to one thing....  This: 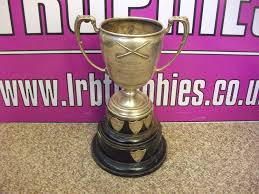 Well. not that one but you get the point.  A big cup.  Looking all purdy with ribbons on come May next year.  It'll definitely be worth it.  So Grambling pads (no idea what they are but I now need one) at the reeeeeeeeeeeeeeeeeeeeeaaaaaaaady!  Let's go, season 2013/14 of the Grambler, whoop whoop!

Our top-tier second bet has some interesting lower Premiership games, with Everton's new boss Roberto Martinez set to taste sweet, sweet mediocrity with a draw.  Meanwhile, in the SPL Motherwell will look to follow up their (imagined) title from last season with a third successive (imagined) title win.

*If you are interested in that sort of thing in any way...

So in summary, there be a couple of bets what you may or may not put faith in.  The Grambler doesn't exactly have an amazing record and hence it will certainly be a win for us this time around.  Excpect the wins to tally up as the season flies by.
Posted by The Grambler at 17:07