Week 13 Let's all dress as squirrels


There you are, this week a gramblerised version of Private Dancer which was a hit for Tina Turner whose birthday it is this week.  She was born in…well, I can’t divulge a lady’s age.  If she were British she would surely be Dame Tina by now, or a baroness.  Yes, that’s it; she would be Baroness Turner of Nutbush.  But she’s not British so she isn’t.  Did you know that before she met husband Ike and they became a double act she was known as Sandra Mae Bullock?  There you go.  This column is educational.  When you finish reading it you will probably say, ‘Well, that’s taught me’.*

*That joke celebrates its diamond jubilee this year.  Ken Dodd has used it in every single show he has performed since 1953.

What an stupid name for an double act – Sandra and Ray Bollocks!  No blibbing wonder they changed it to Mike and Bernie Turner.  It was a better stage name, or nom de ploom as they say in .  Cos it’s French, you know.  Oh yes.  It means erm…name…erm…of a plum.  Or something.  And what’s with all this Sir Gallivant stuff – ‘I can’t disvulge a lady’s age.’  I can!  Blibbing ancient, that’s what.  Ooh, never liked her.  She’s the one with the legs, isn’t she?  Unforgettable them legs are.  I still have nightmares.  Didn’t think much of her husband either.  He was an baddun.  Knocked her about he did.  Yes, it told you all about it in that film – the biological one.  The one all about her – Anthea Turner.  It was called What’s Love Got to do with…erm… the price of fish.  What was that famous song they did for Phil Spectacle?  When I was a little girl…Not me, obliviously.  Her.  She sang that.  Ooh, what was it called?  Rivers keep mountains dry?  No, that’s not it.  Anyway, it went something like…I love you baby, river deep, mountain high.  Can’t for the life of me remember the title.  They had another famous one about…where is it Rupert the Bear comes from?  Nutwood.  That’s it, Nutwood Silly Billies.  No, that’s not right…etc. etc. ad infinitum.

Right, this week’s Grambler predications will be from 49 games from all English divisions plus the Scottish FA Cup matches.  Why so few, I hear you ask.  It may well be due to those TV companies – 15 games are on at different times.  Remember The Grambler only predicts from games which take place on a Saturday at – He/she/it is a traditionalist and thinks that the only time for pie and Bovril is on a Saturday.  However, because it is Scottish FA Cup weekend (Bet365 call it that, Ladbrokes call it that, but its correct name is The William Hill Scottish Cup; I wonder why those other bookies give it a different name.  Any ideas?) the whole Scottish league is messed up.  Hence 49 games.  So from those games which all take place on Saturday 30th of November at , what has The Grambler chosen for us?
I have just been given the predictions and….Ohhh dear.  Two homes and three draws; and one of those home predictions has worse odds than the away win or a draw.  Ohhh dear.


Our first game is a League 1 (3) match where 4th placed Brentford Nylons travel to in to play the bottom-placed Magpies.  Do you see what I did there?  I gave you their league positions to show that these teams may be in the same league, but they are not really in the same league; if you take my point.  Brentford have lost only 4 times in 18 games, have lost 13 times in 18.  Do you see where I’m coming from, Grambler?  How the hell can you predict a home win here!  The last time County beat the Bees/Nylons was 10 years ago.  10 years ago!  Saying that, in all that time the Bees/Nylons have only won twice.  Out of the last 10 encounters 8 have been draws.  But recent history is what counts.  Brentford won both of last season’s games and are currently rubbish.  Is that plain enough?  They will not win.


Trivia factoid – Juventus play in black and white strips the same as .  [So? – Ed] Legend has it that the colour in their pink shirts [pink?? – Ed] used to fade; one of the Juventus players at the time had a friend in Nottingham who sent over some Notts County shirts which Juventus immediately adopted as their new colours.  That’s very interesting [You reckon? – Ed].


For our second game…oh dear.  The Robins who currently occupy 22nd spot in the league travel to Deepdale to play who currently sit in 3rd place.  I think you know what’s coming here.  have only lost twice in the league since the start of the season.  18 played, two lost; not bad, eh?  And City?  They have lost 10 out of 18.  Not good, eh?  So come on Grambler – a draw?  I don’t think so.  But hold on there, Bald Eagle [Robin, surely – Ed] City have lost only once in the last 7 games; surely, that is worth considering.  Statistics can say anything.  They can say that have lost only one in the past 9 games.  True.  They can say that have lost 2 in their last 10 games.  Also true.  They could say they have lost 3 in the last 11.  Again, true.  But, the point is are 3rd and City are 22nd; I still say City can’t take a point.


Now to our third game and Huzzah!  The Grambler has actually predicted that the favourite will win.  The Blues travel to the Boro’s ground of Broadhall way.  I say favourite; favourite, that is, in the eyes of the bookies.  With both clubs sitting in the lower reaches of Division 1 (3!) – 18th and 19th, it is hard to determine who is favourite.  The teams have only met 4 times in the past 3 seasons, being in different divisions for the 2011-12 campaign.  Of those 4 encounters it is with the better record; 2 going in their favour and 2 drawn.  Maybe the bookies aren’t so clever after all.  Maybe this is another one that will go tits up for The Grambler.


For prediction number four, The Grambler takes us to Memorial Stadium where the Pirates play host to the Dons.  Ahaarrr!  The Dons currently occupy 10th spot in Division 2 (4!!!) and the Pirates be down amongst the dead men in 22nd spot, so they be.  The Grambler, he reckons that twill be a drawrrr.  Arrr, it be a tough task for the Pirates to take a point from this un, so it be.  Ahaarrr, Jim lad and other piratey type words.


And finally Cyril?  And finally Esther the best headline you will see today –


What is all that about?  You may well ask.  The article is from the Scunthorpe Telegraph explains.


SCUNTHORPE United fans have been asked by club officials not to dress as squirrels when Alan Knill returns to Glanford Park on Saturday.


The former Iron boss – now in charge of The Gulls – hit the headlines during his spell in the Scunthorpe hotseat after a bizarre cycling accident in which a squirrel sent him flying over his handlebars.


After a defeat against Notts County which took the Iron’s losing run to six in all competitions, Knill said an accident earlier in the week had given him a different perspective on things.


Knill said he had been out riding his bike on the Monday when he collided with a squirrel. Unable to dodge the animal, it got caught up in his spokes and sent the manager crashing off his bike. The squirrel died.


Oh yes.  Before I forget.  There’s the cowardy bet to consider.  If all those five games finish as The Grambler predicts (no chance) then another £21.46 will also be heading for the Bobby Moore Fund.


Actually though, 2 quids and 20 pees is more likely to be heading for the fund.


‘Fancy dress shops have run out of squirrel costumes ahead of Scunthorpe United's match on Saturday, despite the club asking fans not to wear them.’ 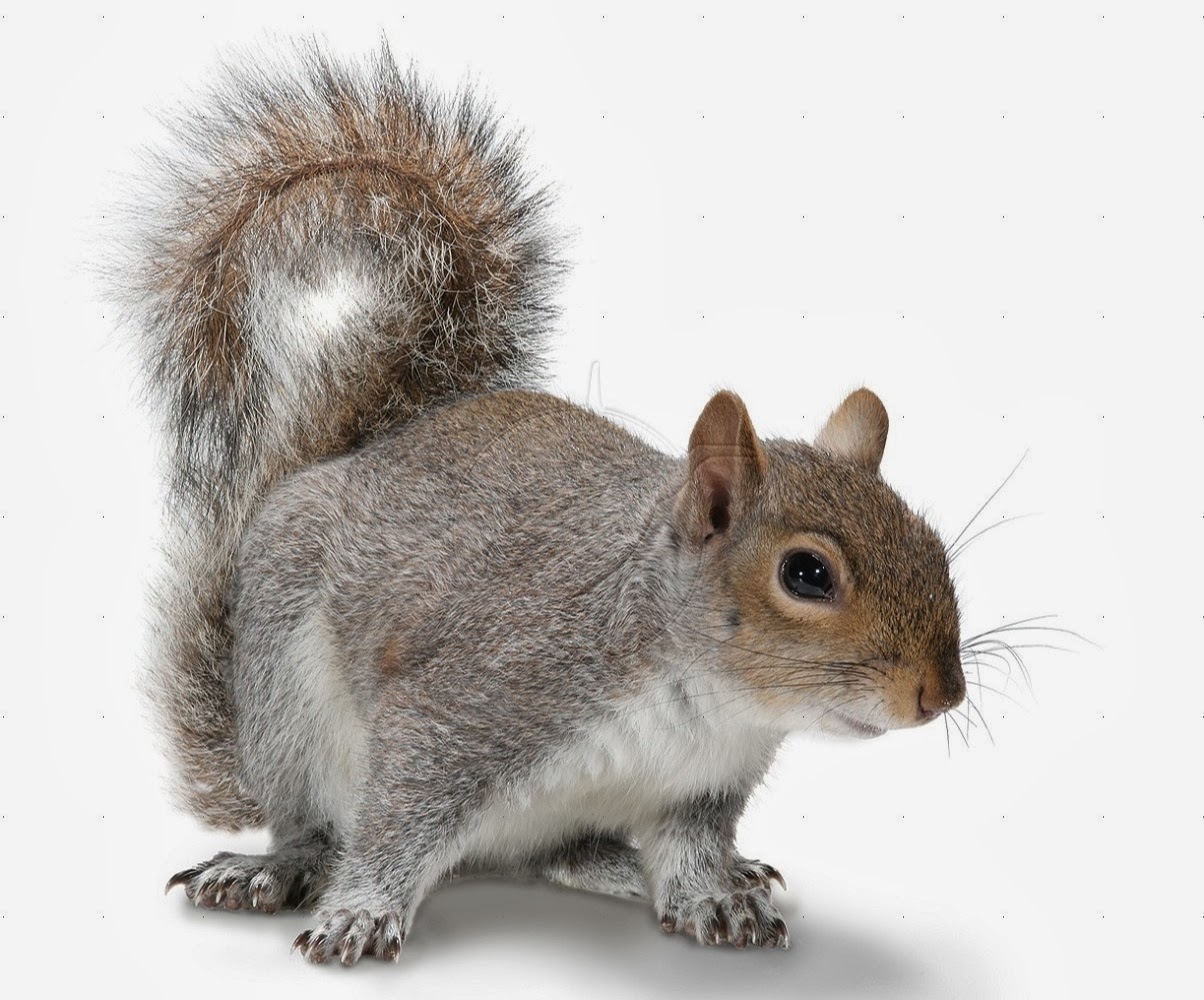